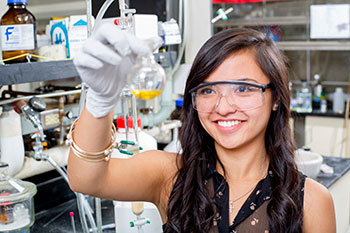 Most science disciplines continue to be dominated by men in senior positions, despite the fact that roughly equal numbers of men and women study science and start science careers. Not only is this inequitable and unfair, the loss of women from science also represents a very substantial cost to Australia in training, talent and opportunities for scientific innovation.

The Science in Australia Gender Equity (SAGE) project aims to redress this gender imbalance. A partnership between the Australian Academy of Science and the Australian Academy of Technological Sciences and Engineering, the program rates the gender equity policies and practices of participating organisations with a gold, silver or bronze award and helps them to develop ways to promote and retain women and gender minorities in their organisations.

In the UK, the Athena SWAN charter on which the SAGE initiative is modelled, began a decade ago with just 10 universities participating. Today the initiative includes nearly every Science, Technology, Engineering, Maths, and Medicine (STEMM) education and research institution in the UK.

The SAGE Pilot of Athena SWAN in Australia was officially launched on 16 September 2015 at Parliament House, Canberra, with 32 institutions signing up as partners for the pilot program that is now underway. In December 2015, new funding for SAGE was announced as part of a $13 million package targeting women in science in the government’s National Innovation and Science Agenda.

Learn about the UK’s Athena SWAN experience
Visiting British Professor Hilary Lappin-Scott will share her personal experiences and insights into Athena SWAN, the UK STEMM gender audit system, at a free presentation at University of Sydney Business School at 10.00 am on Friday 19 February 2016. Please register your interest by sending an email to Kristin Taylor kristin.taylor@sydney.edu.au