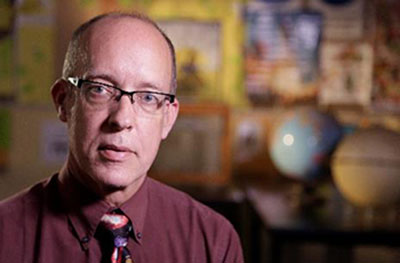 From scientific researchers to creative teachers, these prizes are a tribute to the hard work and dedication of Australian innovators. Australian researchers are among the very best in the world, and these prizes recognize excellence across categories including the physical and life sciences, innovation and commercialisation and science teaching.

The teacher’s prizes in particular rewards educators who play a crucial role in inspiring and encouraging the next generation. There are two categories, primary and secondary teaching, recognizing the different needs and strategies each audience requires.

Last year’s recipient of the Prime Minister’s Prize for Excellence in Science Teaching in Secondary Schools was Dr Ken Silburn. As the Head of Science at Casula High School in Sydney’s south-west, Ken started teaching at an average-performing state school, and students had minimal interest in studying science beyond what was compulsory.

Now, fifteen years later, Casula has over two-thirds of year 11 and 12 students choosing science subjects, rising from eight when he arrived, to 86 in 2015. And they’re all performing well above the state’s average.

It’s through extension programs and interactive activities, as well as his own passion for science, that Ken has transformed the way his students engage with science: by tapping into what they’re already interested in.

“When students come in Year 7, they’re either interested in dinosaurs, or space, or blowing things up,” says Ken. “Dinosaurs are all dead, and we’re not really allowed to blow things up in class, but they can all see themselves as being an astronaut.”

Alongside his team, Ken has designed and implemented an enrichment program for students called iSTEM (invigorating Science, Technology, Engineering and Mathematics).

“We go off to the Powerhouse Museum, the Australian Nuclear Science and Technology Organisation, the Sydney Observatory, and some of the universities,” Ken explains.

His students are also afforded the opportunity to travel to Space Camp, run by the US Space Academy. “Some of the students participate in Space Camp because they’re just interested in going overseas,” says Ken. “But when they come back, it’s clear how much they’ve loved it and how much they’ve learnt. And it makes my day when they say it was the best part of their schooling life.”

It’s for these achievements that Ken was awarded the top gong. Applications are encouraged for teachers in both primary and secondary schools who, like Ken, aim to inspire our youth to tackle further education in the STEM fields. All it takes is one encouraging teacher to make a lasting impact.

The Australian Government has this year chosen to recognise the work of our rising stars in innovation. To reward early career researchers, for the first time in 2016, the Prize for New Innovators will recognise the achievements of innovators in scientific commercialisation benefitting economic, social and/or environmental impacts – all within ten years of completing their degree.

Find out what prizes are available here: http://science.gov.au/community/PrimeMinistersPrizesforScience/Pages/default.asp