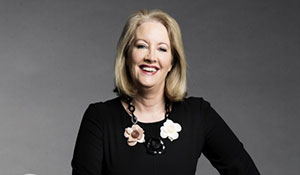 With support from the Federal Government’s National Innovation and Science Agenda, former Sex Discrimination Commissioner Liz Broderick has established a Male Champions of Change in STEMM group to advance women in science technology, engineering, maths and medicine. The Male Champions of Change strategy seeks to strengthen gender equality through a range of actions. It’s a disruptive program that enlists the most powerful executive men as advocates to recognise women as experts and ensure their access to equal pay, progression and participation in the workforce.

Liz unveiled this ambitious plan at the Science in Australia Gender Equity (SAGE) Symposium held in Sydney on Friday 24 June. Established by Australian Academy of Science Professors Nalini Joshi and Brian Schmidt in 2014, SAGE is Australia’s iteration of the UK based Athena SWAN Charter that now includes almost 600 universities and research institutes. Athena SWAN provides a continuous improvement framework for research institute and universities to improve and report on their gender equity performance.

While more than half of science PhD graduates and early career researchers are women, they comprise just 17 % of senior academics in Australian universities and research institutes. The loss of so many women is a waste of expertise, talent and investment and this impact’s the nation’s prosperity and productivity, and that’s why SAGE has joined forces with the Male Champions of Change initiative to drive rapid change.

By enlisting the support of men who are influential across the STEMM landscape, Male Champions of Change is in the process of developing a targeted action plan that includes tangible and implementable actions. Liz said that the advantage of using this approach to SAGE is that there will be improved outcomes in months rather than years.

“Male Champions of Change is a disruptive and controversial approach that works as an incubator to accelerate change,” she said.

As chair of the expert advisory group that is driving the SAGE pilot, Liz shared learnings from the Male Champions for Change gender equity journey so far and how these have informed thinking in relation to the SAGE pilot.

The panel pledge is about recognising women as experts. All Male Champions for Change are asked to pledge that they will not accept an invitation to speak on a panel that does not include women. They reserve the right to pull out at the last minute if the event does not represent gender equity and conference organisers have been asked not to issue invitations to these men to participate unless there is equal representation of men and women on panels.

“There can be no legitimate conversation without the voices of women,” said Liz. “This is a small thing but it is having a huge impact: as of 2016 we have several hundred male speakers committed to the panel pledge.”

Male Champions of Change commit to using their workplace reporting systems to ensure accurate measurement of gender roles in their business. Participating companies commit to setting targets around monitoring to drive improvement in the way they are reporting gender equity.

The case for gender diversity is about improving performance. In order to this the Male Champions of Change works with power to ensure equal representation at all levels to ensure that men and women thrive equally. The 50:50 concept is about making equal representation the norm across all aspects of a workplace, from committee representation and selection panels to senior appointments, career progression and conference participation. Men are asked to use their power and change the system to ensure that 50:50 is the standard approach to everything

“No one of us can ever be as good as all of us acting together,” said Liz who says that this approach ensures productivity. “This is not about being nice to women – it is about getting the best value.”

Liz said that gender pay gap is one of hardest issues to shift with executive women earning around 18 % less than men for comparable roles.

“There is no one fix to this complex issue, but the first step is to recognise this as a reality and use power to change attitudes and debunk gender stereotypes,” she said. “Unconscious gender bias is widespread and a difficult issue to address, but gender equity is not just a women’s issue. We need all leaders to take action to remove the obstacles faced by women in STEMM.”

Watch a video of Liz Broderick’s address to the SAGE Symposium.