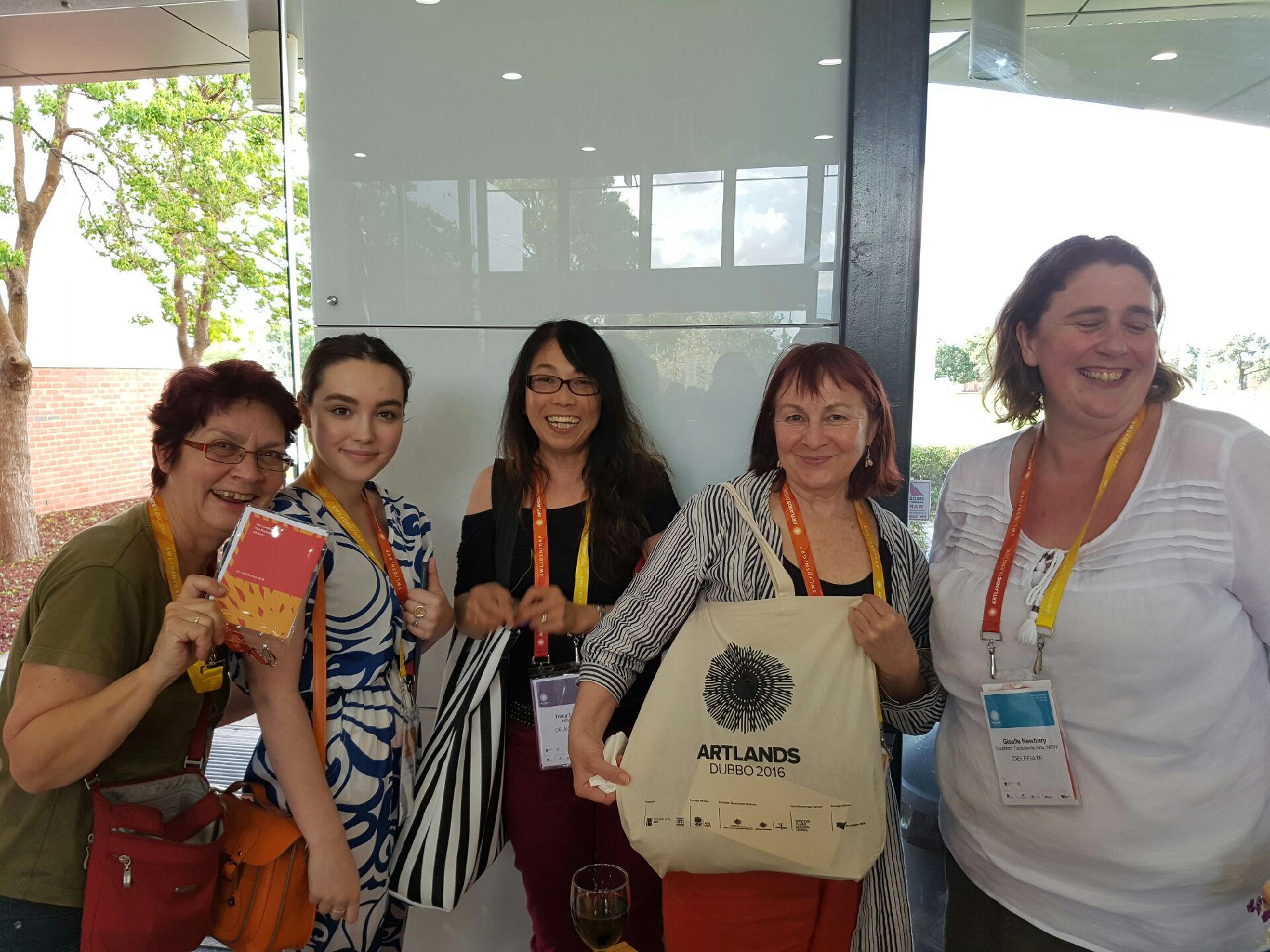 Inspiring Australia welcomes a new Science Hub for the Southern Tablelands region of NSW to be convened by Goulburn-based Southern Tablelands Arts. The group’s first foray into science community engagement includes two Neural Knitworks events to be held in Picton and Goulburn. The new Science Hub is also working towards an installation for the illuminARTe Wollondilly Arts Festival and plans to present a Nerd Knights film program in Goulburn later in the year.

Inspiring Australia connected with the Southern Tablelands Arts team at the National Regional Arts Conference held in Dubbo last year. It was during an arts and science session that Executive Director Susan Conroy realised that introducing science themes would be an exciting new direction for Southern Tablelands Arts. Susan and her colleagues continued their discussion during a hands-on Neural Knitworks workshop and the partnership followed.

“The Science Hub initiative is a perfect match for us. Having already commenced working on projects that intersect between science and creativity, the Science Hub enables us to more clearly engage in topical science subjects such as brain health, arts and health, astronomy and other STEM related themes,” she said.

Working in partnership with Goulburn Mulwaree Council, Wollondilly Council, Workspace 2580 and the Goulburn Chamber of Commerce, the Science Hub plans to extend its existing networks and partnerships in the region to deepen and encourage young people’s participation and engagement in STEM.

“We are especially thrilled to be bringing STEM themes to illuminARTe Wollondilly, an annual arts festival that attracts more than 30,000 people. We will be presenting a Neural Knitworks installation, astronomy sessions and an artwork entitled Lux Mentis – Light of the Mind. All this activity will deepen audience understanding of science, technology, engineering and maths through the arts,” Susan said.

With two Neural Knitworks events already planned for February and a 2-day slot confirmed at the popular Goulburn Show in March, the Science Hub will be starting a conversation about brain and mind health that will culminate in the large-scale brain installation that will be presented at the IlluminARTe Wollondilly Festival.

“The best thing about Neural Knitworks is that it welcomes everyone. No knitting experience is required, people of all ages can participate and you don’t have to be an arty or crafty person to get involved in the neural knitting workshops,” she said.

“It’s simply about having fun while you design your own wooly neuron and natter with artists and scientists. As you craft neurons you’ll also develop your own brain health and increase your attention span, not to mention test your memory! “

Later in the year, Nerd Knights continues the Science Hub’s program of STEM engagement, with two film nights planned in Goulburn to inspire people from across the Southern Tablelands Arts region with new innovations in STEM. Guest scientists and creative practitioners will be invited to participate in each of these events that will be presented at Workspace 2580.

“Our vision is to become the gateway for visiting scientists and artists to engage with our diverse Southern Tablelands communities on all things STEM and innovation, expanding the level of interest in the intersection between arts, science and innovation across the region.”

Get involved by participating in these free Neural Knitworks events: