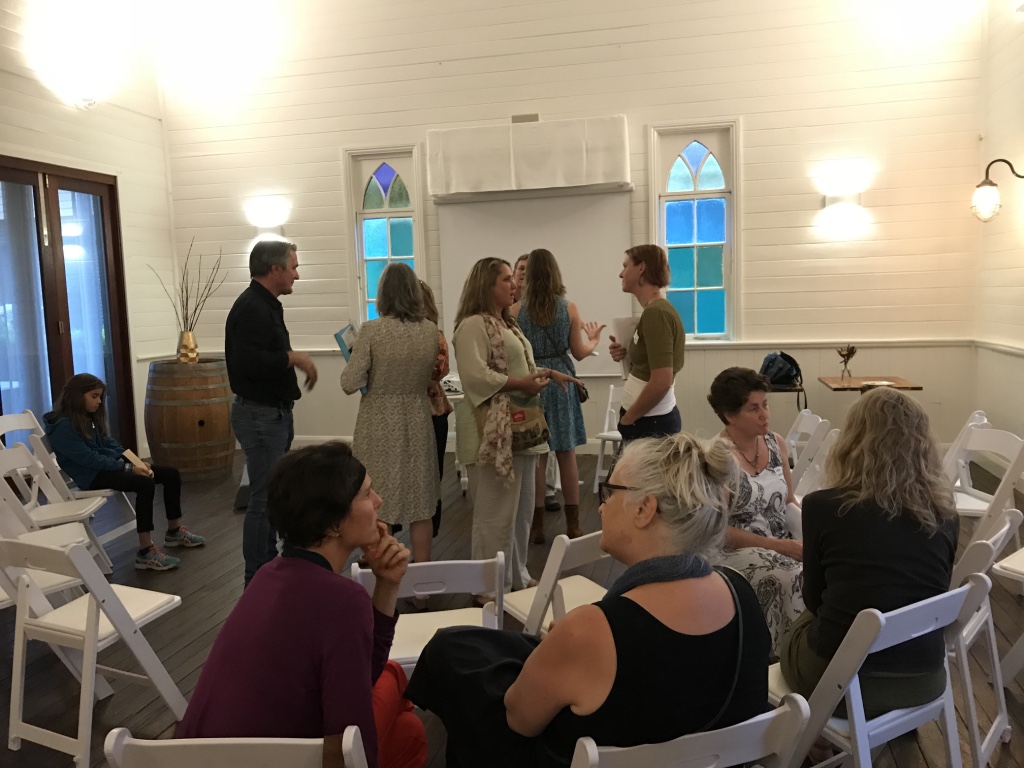 There was an audible buzz in the back of the Cedar Bar & Restaurant in Bellingen last week, when 30 keen people came together to meet each other, share ideas and officially launch the brand new Coffs Coast Regional Science Hub.

Initiated by Inspiring Australia NSW, the Coffs Coast Regional Science Hub (CCRSH) is now part of a statewide network of organisations working to create conscious and knowledgeable citizens who care about and take action in the world. The Science Hub initiative fosters cultural change and engagement with science and technology by connecting scientists to the broader community and bridging the gap between science and society.

The launch event was opened by Amy Denshire, CCRSH administrator, who then handed over to Lisa Siegel, co-founder of the Centre for Ecological Learning, the lead partner for the CCRSH.

Guest speaker was Jackie Randles, NSW Manager of Inspiring Australia, who spoke to the group about what the national Inspiring Australia initiative is all about, why linking science with the public is important and what other NSW Regional Science Hubs have been doing over the past six years.

The afternoon began a conversation of how we can work together to bring science to where the people are in the Coffs Coast region, tapping into and uniting its many dynamic networks.

CCRSH will serve regions covered by the Bellingen Shire, Coffs City Council and the Nambucca Shire. Its specific focus will be to connect  communities with science to bring about a sustainable future. Over the course of the  official launch and networking event that followed, there was a great energy in the room. It was wonderful hearing about all the connections between people from different sectors. We look forward to more groups joining to make the CCRSH a success!

The next meetup for the Coffs Coast Regional Science Hub is on Tuesday 8 May from 3-5pm at the National Marine Science Centre, 2 Bay Drive, Coffs Harbour. For more information, visit www.cel.org.au/ccrsh or contact Amy on 0490 068 685.