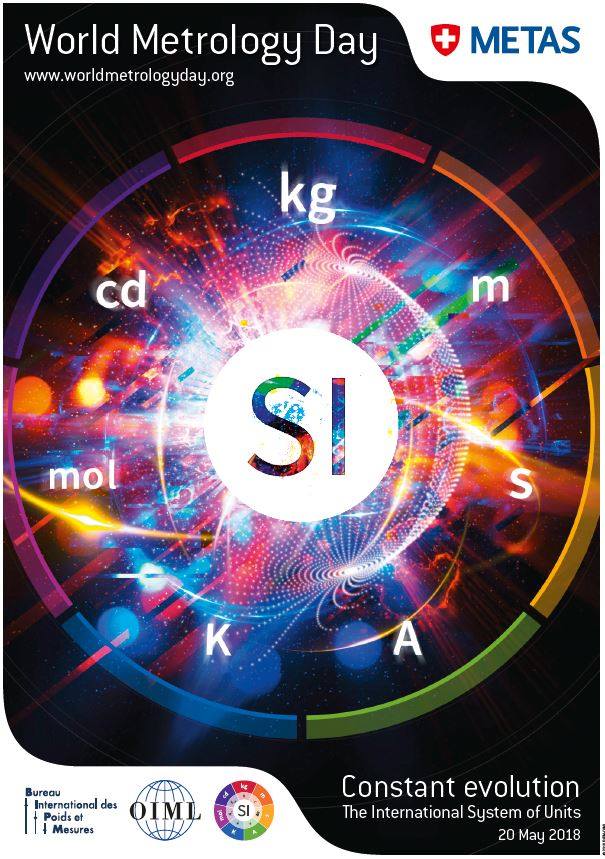 Most people have never heard of metrology, the science of measurement. The National Measurement Institute invites everyone to join its World Metrology Day celebrations on Monday 21 May from 4 pm. Join science presenter Bernie Hobbs and a panel of experts for a fun and fact-finding evening for all ages. Participate in lab tours to discover how scientists measure light and sound and be intrigued by the world of measurement science.

What’s a me•trol′o•gist (noun)? A scientist who specialises in measurement.

The mobile phone in your hand is using metrology, right now. It’s talking to a server somewhere, and that server is getting its time from a series of perfect clocks in a purpose built mega-laboratory in a leafy Sydney suburb. The clocks are tended to by metrologists: scientists who specialise in measurement.

Much of a metrologist’s study focuses on being constant. There’s no point Australian scientists measuring ocean warming unless they’re using the same system as scientists in Japan; the same as scientists fifty years ago.

The science of measurement is actually a combination of science and international cooperation. Each country compares measurement standards and tools. Metrology is about scientists working together globally to improve and refine the way we measure things. The Olympics wouldn’t be the Olympics if we couldn’t agree how long the pool was – or decide on the length of a nanosecond.

Every year it conducts around 10,000 checks on scales, petrol pumps, thermometers, tape measures and more around Australia to make sure we’re all trading on a level playing ground. The Institute provides standards to hundreds of accredited labs across the country, working on everything from genetics, GMOs and nanoparticles to sports and doping drugs, food testing and chemical contamination.

That’s how, and why, we have the International System of Units. Commonly depicted as SI (Système International d’unités), the system of units of measurement is built on seven base units: the ampere, for measuring electric current; the kelvin, for temperature; the second, for keeping time; the metre, for measuring distance; the kilogram for measuring mass; the candela for light, and the mole for chemical measures.

Measurement has been evolving since the Pharaohs. The ancient Egyptians used the royal cubit as their metre – a copy was found in King Tut’s tomb. Another refinement came in France, in the pro-research atmosphere that was Paris after the French Revolution, where a metre was defined as being equal to one ten-millionth of the distance between the North Pole and the Equator.

Later, when the “International Bureau of Weights and Measures” was created in Sèvres, France, they created a standard metre: the distance between two marks on a platinum-iridium metal bar, measured at the melting point of ice. This was the globally accepted metre until 1960, when a new definition emerged: a certain number of wavelengths of the orange-red line of a krypton-86 atom.

We’ve moved on again, and defined length with a constant – a single metre is exactly the distance travelled by a beam of light in a vacuum in one 299792458th of a second. It’s a little more reliable than a Pharaoh’s arm.

In 2019, there will be revisions to the kilogram, ampere, kelvin and mole. Most significant, perhaps, is the kilo. At the moment, all the kilograms on Earth are designed to be equal to the International Prototype of the Kilogram, a small cylinder of platinum-iridium held in a safe in France. It’s also known as “Le Grand K”, but will soon be replaced by an elegant combination of Einstein’s E=mc2 and the photon theory for light.

The year after that? Who knows what will measure up!

Get involved in National Measurement Day

Australia’s National Measurement Institute is celebrating International World Metrology Day with lab tours of its Hogwarts-esque Lindfield site, purpose-built to house the National Institute and all the things it measures.

There are quiet rooms, hot rooms, clean rooms, the biggest high voltage lab in the country (that’s where lightning is produced and measured), and labs that measure light, sound and the force. Really.

After the tours, award-winning science writer and presenter Bernie Hobbs (from The New Inventors) is going to put some of the Institute’s best minds to the test with a “Hypotheticals” style exploration, a fun and fact-finding evening of “What if?” involving the scientific schematics of holding an Olympic games against an Alien race.

There is ample parking onsite. Light refreshments will be provided. For catering purposes, please RSVP by Wednesday, 16 May by email