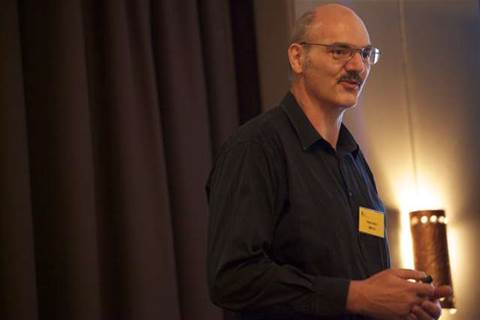 The facts and fiction of Australia’s National Broadband Network and inherited genetic traits will be discussed at the next Science at the Local event on Sunday May 20 from 2:30pm at Springwood Sports Club. First, Lower Mountains local Peter Ferris will give a talk entited Mythbusting the NBN: facts and fiction. Then Dr Angela Crean will discuss how men’s dietary choices can impct their future offspring.

Peter has over 45 years’ experience in the telecommunications field and was formerly part of the Chief Operating Officers team at NBN Co, responsible for the planning & design of the fibre, wireless and satellite networks.

Also speaking will be Dr Angela Crean, a Research Fellow in Animal Reproduction at the University of Sydney. Angela’s talk is titled: Inheriting Dad’s Diet and explains how what a father eats can influence his offspring. Angela was awarded the Young Tall Poppy Science award in 2017 for her research into how diet affects fertility.

“It’s another great lineup,” said co-founder of Science at the Local Kevin Joseph. “It’s great to have someone with Peter’s experience and knowledge talking about an issue as topical for locals as the NBN.”

“At the same time, we’re thrilled to have an up and coming scientist like Angela come and discuss her biology research. If you’ve never been before, this would be a great first event.”

Kevin and fellow co-founder Hamish Clarke have been busy organising some additional special events this year.

Headlining these is an evening with Amy Shira Teitel, a US-Canadian science communicator and spaceflight historian, on July 17 at Western Sydney Uni’s Penrith Observatory.

“Amy’s got a great following – readers should check out her Vintage Space YouTube channel – so we’re very excited about her coming out. And the Observatory is such a great venue. We’ll even be having a viewing session afterwards, weather permitting.”

Tickets for the Amy Teitel event are available here

Upcoming topics include anxiety and depression, off earth mining and carnivorous plants. To get involved follow Science at the ocal on Facebook

Science at the Local is the lead partner in the Blue Mountains Science Hub and is supported by Winmalee and Springwood Neighbourhood Centres, Inspiring Australia and the NSW Government.