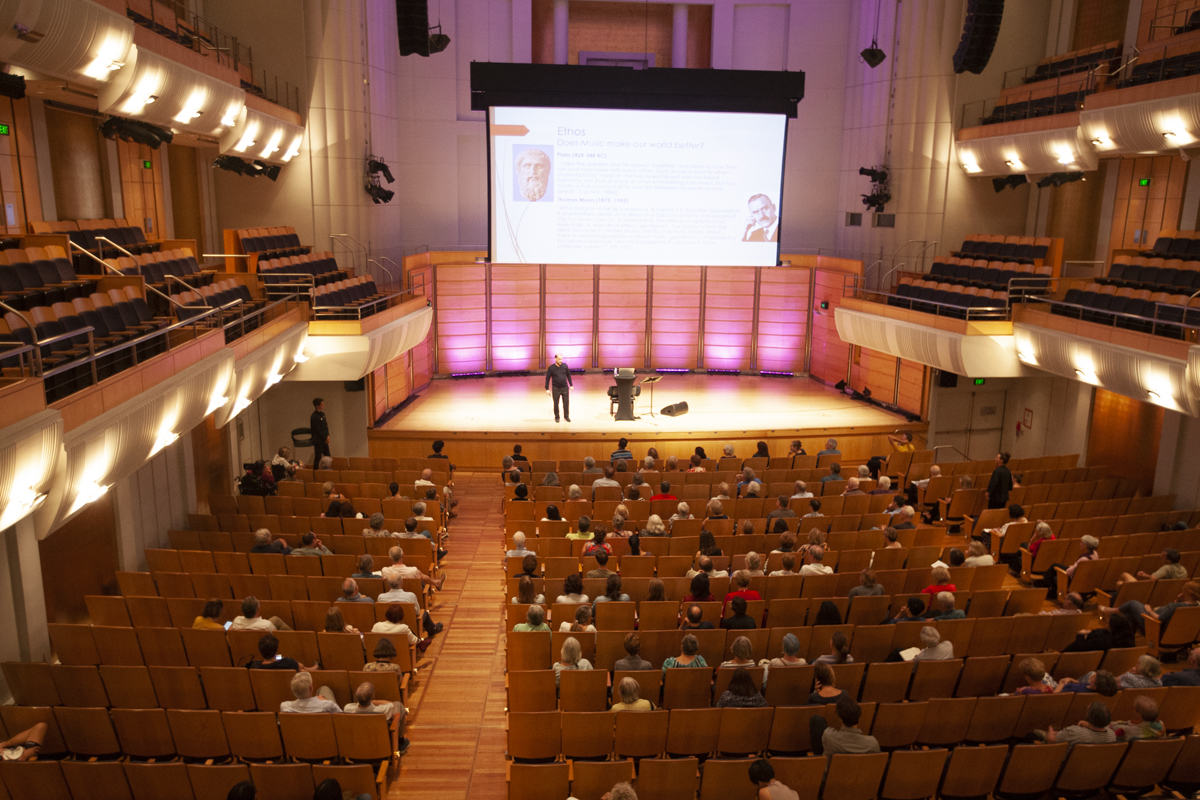 Inspiring Australia’s 2019 Sounds Like Science series of free lunchtime events at City Recital Hall kicked off in February with a presentation by Goetz Richter, a musician and philosopher at the Sydney Conservatorium of Music. Olivia MacRae reports.

Speaking about music’s relationship to philosophy and the philosophy of music, Richter  started his lecture by introducing philosophy as a way of looking at things at a fundamental level. He spoke of the necessity to suspend assumptions to properly engage with ideas on a philosophical level.

Richter then directed his attention towards music and the ways in which we engage with it – by creating, listening, and interpreting. He introduced the ideas of various philosophers on music, with many of their ideas directly contradicting one another. Richter addressed these complexities carefully, if briefly and demonstrated the emotional aspects with a brief perfromance on his violin.

It was obvious, especially with the audience questions, that there was a much deeper analysis of music’s relationship to philosophy bubbling under the surface than could be addressed in an hour.

Ultimately, Richter’s talk did not give any specific answers on the philosophy of music, but as he pointed out in his lecture, the process of thinking and the creation of thought are crucial to the field of philosophy.

By synthesising our own thoughts on music, the audience engaged with music on a philosophical level. In other words, Richter managed to make philosophers of us all, if only for an hour.

This Sounds like Science is a free lunchtime series put together by Inspiring Australia NSW in collaboration with City Recital Hall. Five presentations will explore the unique relationships between different areas of science and music, including musical influence on the periodic table, music created by robots, the mathematics of music and how music affects our mood.

Each talk is approximately an hour long, and includes an opportunity for questions from the audience at the end.

All welcome to attend the next event on Thursday 4 April 2019 at 12.30 pm: Periodic Scales and the Music of Elements.