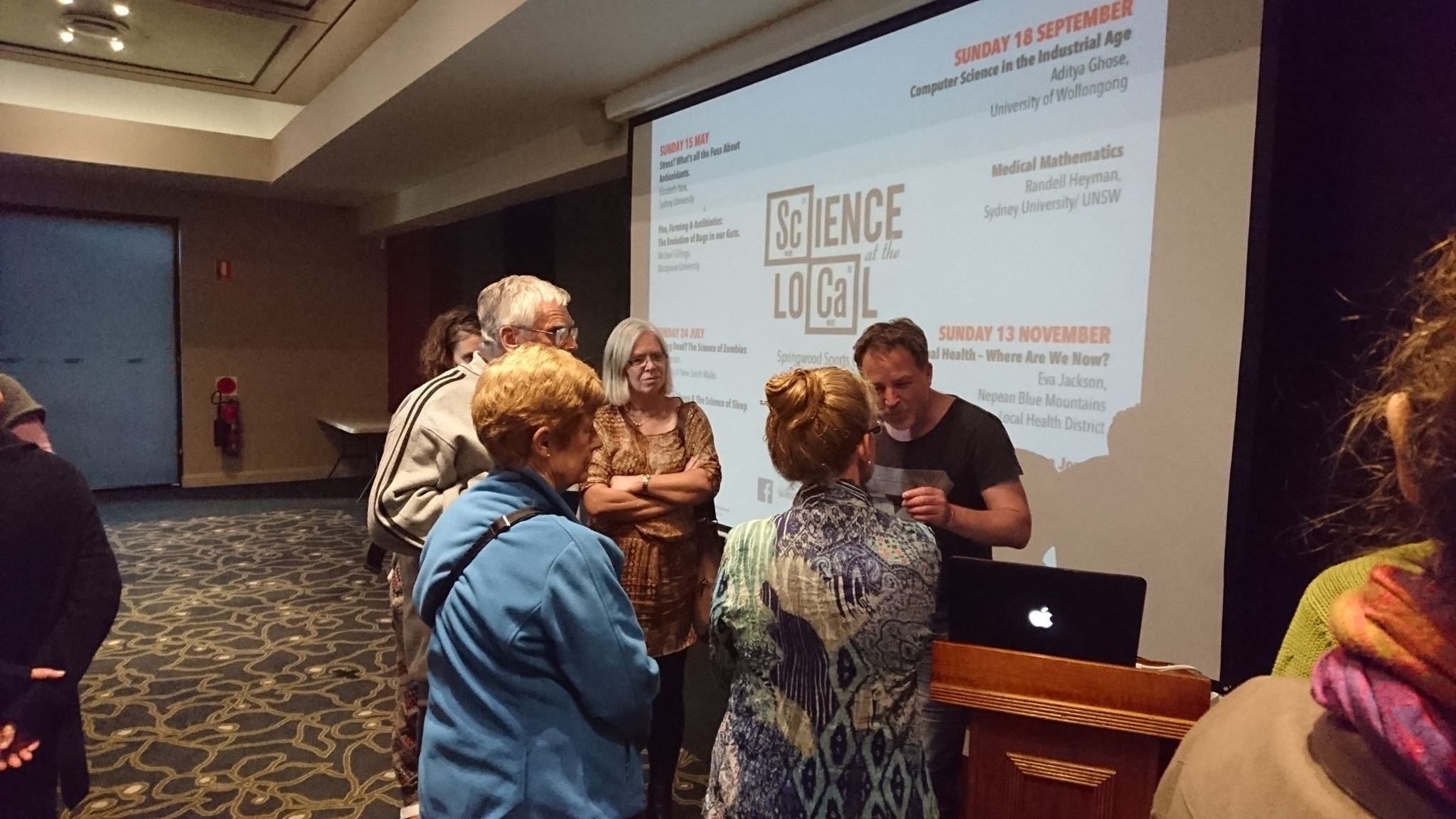 Science at the Local returns to Springwood Sports Club with two free science talks on nursing and forensic science on Sunday September 15 from 2:30pm.

Dr Maiken Ueland from the University of Technology Sydney will be giving community members an update on the local forensic facility AFTERS (the ‘body farm’), four years after the topic was discussed at one of the very first events in the community science series.

Also speaking will be lower mountains local Dr Peter Lewis, a senior lecturer in the School of Nursing and Midwifery at Western Sydney University, on the research being undertaken in the field of nursing.

“There was an overwhelming response to our 2015 event with Professor Shari Forbes, including several locals pledging to donate their bodies to the facility,” said co-organiser Kevin Joseph. “We’re expecting another full house to hear the latest from Dr Ueland.”

Dr Ueland studied at the University of Ontario Institute of Technology in Canada before doing her PhD at UTS. In 2018 she was awarded the prestigious Chancellor’s Postdoctoral Research Fellowship and she is now the Deputy Director of the Australian Facility for Taphonomic Experimental Research (AFTER), the only facility in the Southern Hemisphere that allows the donation of human cadavers for the study of forensic taphonomy.

“Nursing is an area that affects us all,” said co-organiser Hamish Clarke, who sometimes carpools to Western Sydney University with Dr Lewis. “This is a great chance for people to learn about some of the research underpinning the field.”

Dr Lewis has been a registered nurse specialising in paediatrics for more than 20 years and has practiced in major hospitals in Sydney and London. Since 2005 he has been an active researcher in the areas of paediatric acute care delivery, experiences of illness, peer support for chronic illness, adolescent health, and parents experiences of caring for a sick child.

Fresh from the successful NSW launch of National Science Week in front of a crowd of nearly 400 at the Blue Mountains Theatre and Community Hub in August, Hamish and Kevin are looking forward to a slightly quieter finish to 2019.

“We’ve got one more event in Springwood after this one, with talks on the epigenetics of trauma and quantum mechanics on 24 November,” said Kevin. “We’ve also got our second event at Lithgow Workies on November 3, with talks on gut microbiology and medicinal marijuana.”

A full house is expected so community members are encouraged to arrive early to secure seats. To get involved, go to www.facebook.com/ScienceAtTheLocal.

Science at the Local is supported by Inspiring Australia NSW and the NSW Government.