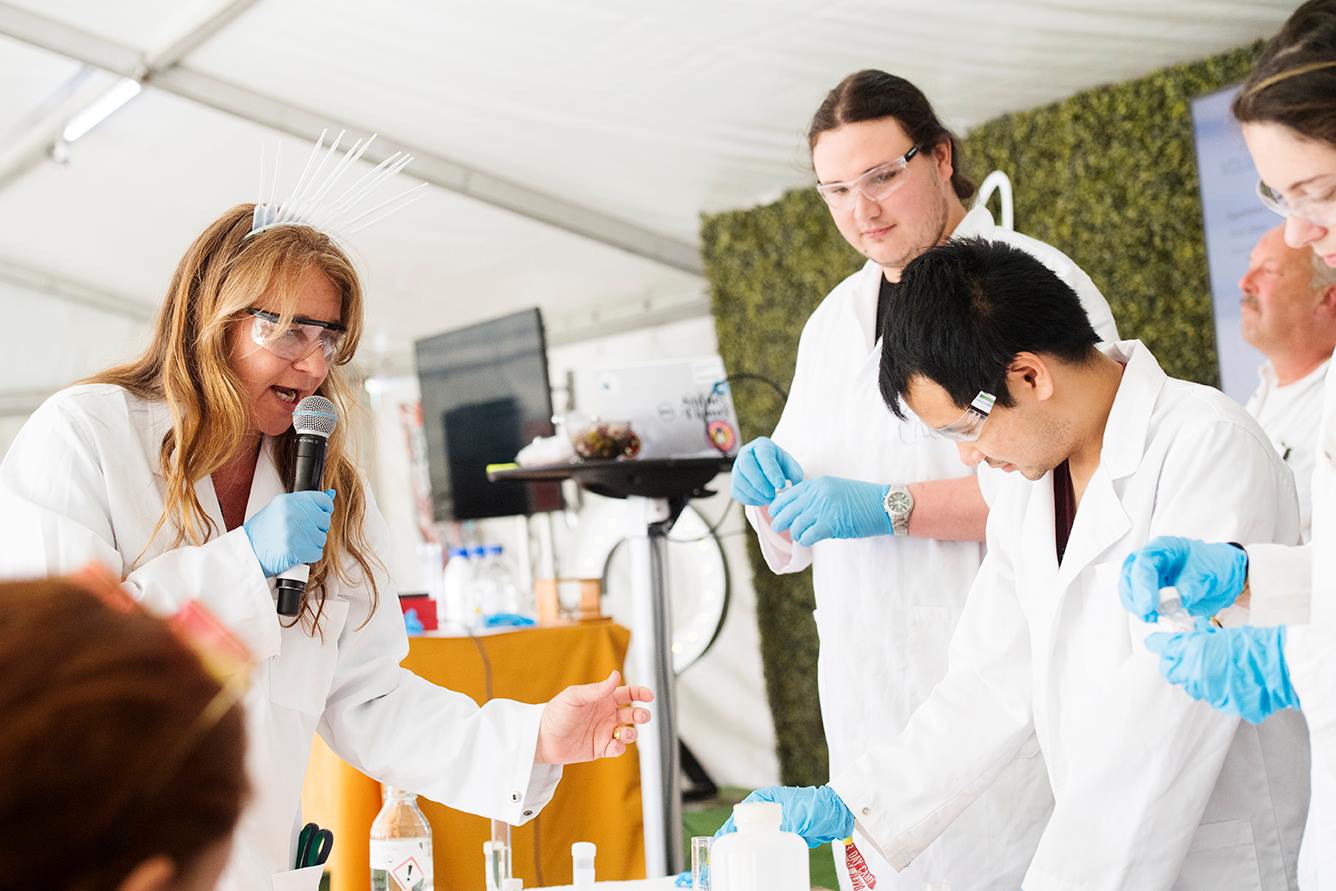 Congratulations to Regional Science Hubs and event partners across NSW that will receive year-round funding and sponsorship from Inspiring Australia NSW to deliver an extraordinary range of engaging science events and programs in 2020.

From pub talks, guided walks and theatrical performances to panels, forums and guest science presentations at popular festivals, community members throughout NSW will continue to have all kinds of opportunities to interact with scientific experts at engaging and welcoming events.

Returning in 2020 will be Science at the Local, Science in the Club and Science at the Pub in Springwood, Armidale and Lismore. Also returning will be Up Lates in Wollongong, Pi in the Sci in East Maitland, The Science Tent at Splendour in the Grass, a second series of elemental nature events on the Coffs Coast and a range of arts and science projects delivered in Penrith, Goulburn, Cowra, Orange, Canowindra and Gunning.

The NSW Executive Committee for Inspiring Australia and National Science Week extends appreciation to the hundreds of organisations and individuals involved in delivering so many wonderful science engagement opportunities across the state.

Hunter Innovation and Science Hub will present a number of events and activities across the region including:

The Blue Mountains Science Hub will present a new series of Science at the Local events at the Springwood Club and Lithgow Workies including on these topics:

The group will also produce at least five podcasts featuring guest speakers over the year. In addition, Science at the Local will deliver special events developed in partnership with local, regional or national organisations with a commitment to inclusive science engagement:

The New England North West Science Hub’s longstanding Science in the Club event series returns to Armidale with five events planned over the year including science trivia. The 2020 program will see more opportunities for increased interactive engagement with local and visiting scientists. 2020 themes will include:

The international pub science festival Pint of Science will also return to Armidale with a three-night program in May.

The Northern Rivers Science Hub will continue its popular Science in the Pub series in Lismore with six events planned over the year.

In addition, Rising strong will present four special climate science events and there will be a new series of film nights and discussions on offer at Evans Head. In National Science Week the whole community will be welcomed to All age Science at the local library.

The Orange Cowra Cabonne Science Hub has another stellar program of arts/science engagement planned for delivery in the Central West, including a series of workshops and presentations to be held in Orange, Cowra and Cabonne. Makerspace equipment will be on hand for community use including a 3D printer, microscopes and sound and digital recording equipment.

Among events in planning are:

The Southern Tablelands Science Hub will present five events and workshop Field Days that will include the production of short films made in partnership with the local Landcare office and scientists from the NSW Department of Planning Industry and Environment.

The short films will then be screened locally at The Threatened Species Film Festival, presented in conjunction with the Redfin Fishing Comp in Gunning for children and teens. Films will also be made available online as educational resources to tell local stories of threatened species.

The Coffs Coast Science Hub will present a second series of talks and events that continue its popular elemental nature theme.

The Paterson Allyn Williams Science Hub plans to run between up to ten engagement programs for the community over the year including :

The Riverina Science Hub have planned a series of workshops and talks providing information on how to reduce your ‘carbon footprint’. Aimed at 18-35 year olds, climate scientist Ben Holt will provide participants with the skills they need to measure offset and reduce their environmental impact.

Other events planned include:

The Sapphire Coast Regional Science Hub will focus on climate change mitigation, adaptation and survival in 2020. After the devastating bushfires in the region in 2018, the community has taken important steps towards responding appropriately with science-based decision making. The Bega Valley Shire Council has declared a climate emergency and is developing a draft climate resilience strategy. With this in mind the following events are intended to educate and engage the community:

The Macarthur Science Hub will present a series of events at the Australian Botanic Garden at Mount Annan including:

The Royal Botanic Garden Sydney will present a stellar lineup of science experiences in 2020 including:

Science Space in Wollongong will present five events as part of its popular Up lates series:

Inspiring Australia will support the Ocean Lovers Festival to create a new science space at its popular 3-day community event planned for delivery at Bondi Beach in March 2020. The program will feature a line up of thought-provoking speakers and hands-on science workshops that will address marine ecosystems, sustainability, emerging technologies, cinematography and the intersection of STEM and the arts.

All activities in the science space will be designed for a wide audience from a variety of backgrounds, with some presentations will be live-streamed to connect with people off-site.

A dedicated children’s engagement area will have water science and sustainability stations as well as scheduled science shows & STEM craft activities. Adults will enjoy learning about the oceans as they explore the use of underwater drones, bioplastics, waste art installations and get the chance to meet eco-pioneers, oceanographers, ecologists, change-makers and more.

Inspiring Australia will again join the arts music festival Splendour in the Grass to present an engaging Science Tent program featuring scientists addressing topical themes of interest to festival goers. Presented for the fourth year running, The Science Tent offers an immersive opportunity for 135,000+ festival goers and a chance for them to interact with scientists at the popular 4-day event held each year near Byron Bay.

The Science of Food

Inspiring Australia will support a program of food related science in a series of outside labs and classrooms. The Science of Food is a new, free, family and community event planned for delivery at the Australian Botanic Garden Mount Annan. The event aims to enhance the public’s perception of science and to encourage young people into STEM careers.

By Jackie Randles, Manager Inspiring Australia NSW. The NSW Regional Science Grants program supports the delivery of public engagement events involving science and technology experts. The next grant round will be open in March 2020 and is intended to support NSW Regional Science Hubs to deliver events to celebrate National Science Week in August.