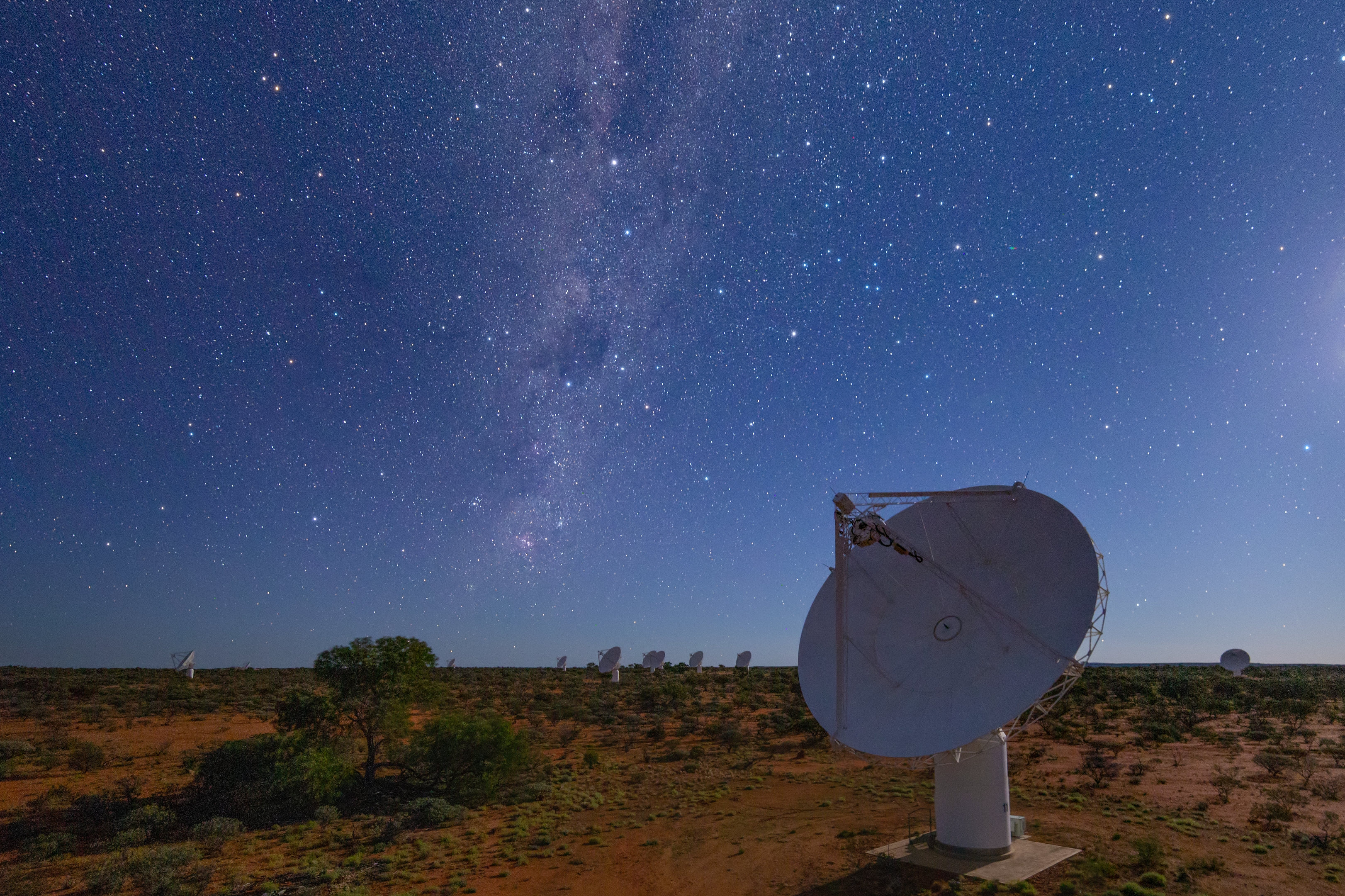 The Australian Square Kilometre Array Pathfinder (ASKAP), developed and operated by Australia’s national science agency, CSIRO, mapped approximately three million galaxies in just 300 hours. The Rapid ASKAP Continuum Survey is like a Google map of the Universe where most of the millions of star-like points on the map are distant galaxies – about a million of which we’ve never seen before.

“ASKAP is applying the very latest in science and technology to age-old questions about the mysteries of the Universe and equipping astronomers around the world with new breakthroughs to solve their challenges,” Dr Marshall said.

“In a time when we have access to more data than ever before, ASKAP and the supercomputers that support it are delivering unparalleled insights and wielding the tools that will underpin our data-driven future to make life better for everybody.”

“ASKAP is a major technological development that puts our scientists, engineers and industry in the driver’s seat to lead deep space discovery for the next generation.

This new survey proves that we are ready to make a giant leap forward in the field of radio astronomy,” Minister Andrews said.

The telescope’s key feature is its wide field of view, generated by new CSIRO-designed receivers, that enable ASKAP to take panoramic pictures of the sky in amazing detail.

The initial results are published today in the Publications of the Astronomical Society of Australia.

This record-breaking result proves that an all-sky survey can be done in weeks rather than years, opening new opportunities for discovery.

The new data will enable astronomers to undertake statistical analyses of large populations of galaxies, in the same way social researchers use information from a national census.

“This census of the Universe will be used by astronomers around the world to explore the unknown and study everything from star formation to how galaxies and their super-massive black holes evolve and interact,” lead author and CSIRO astronomer Dr David McConnell said.

With ASKAP’s advanced receivers the RACS team only needed to combine 903 images to form the full map of the sky, significantly less than the tens of thousands of images needed for earlier all-sky radio surveys conducted by major world telescopes.

“For the first time ASKAP has flexed its full muscles, building a map of the Universe in greater detail than ever before, and at record speed.

We expect to find tens of millions of new galaxies in future surveys,” Dr McConnell said.

The 13.5 exabytes of raw data generated by ASKAP were processed using hardware and software custom-built by CSIRO.

The final 903 images and supporting information amount to 26 terabytes of data.

“The Pawsey Supercomputing Centre has worked closely with CSIRO and the ASKAP team since our inception and we are proud to provide essential infrastructure that is supporting science delivering great impact,” Mr Stickells said.

The images and catalogues from the survey will be made publicly available through the CSIRO Data Access Portal and hosted at Pawsey.

ASKAP’s advanced technologies are providing insights for the development of the Square Kilometre Array (SKA), an international mega-science project to build the world’s largest radio telescopes.

CSIRO will host the low-frequency SKA telescope at the MRO and acknowledges the Wajarri Yamaji as the traditional owners of the MRO site.