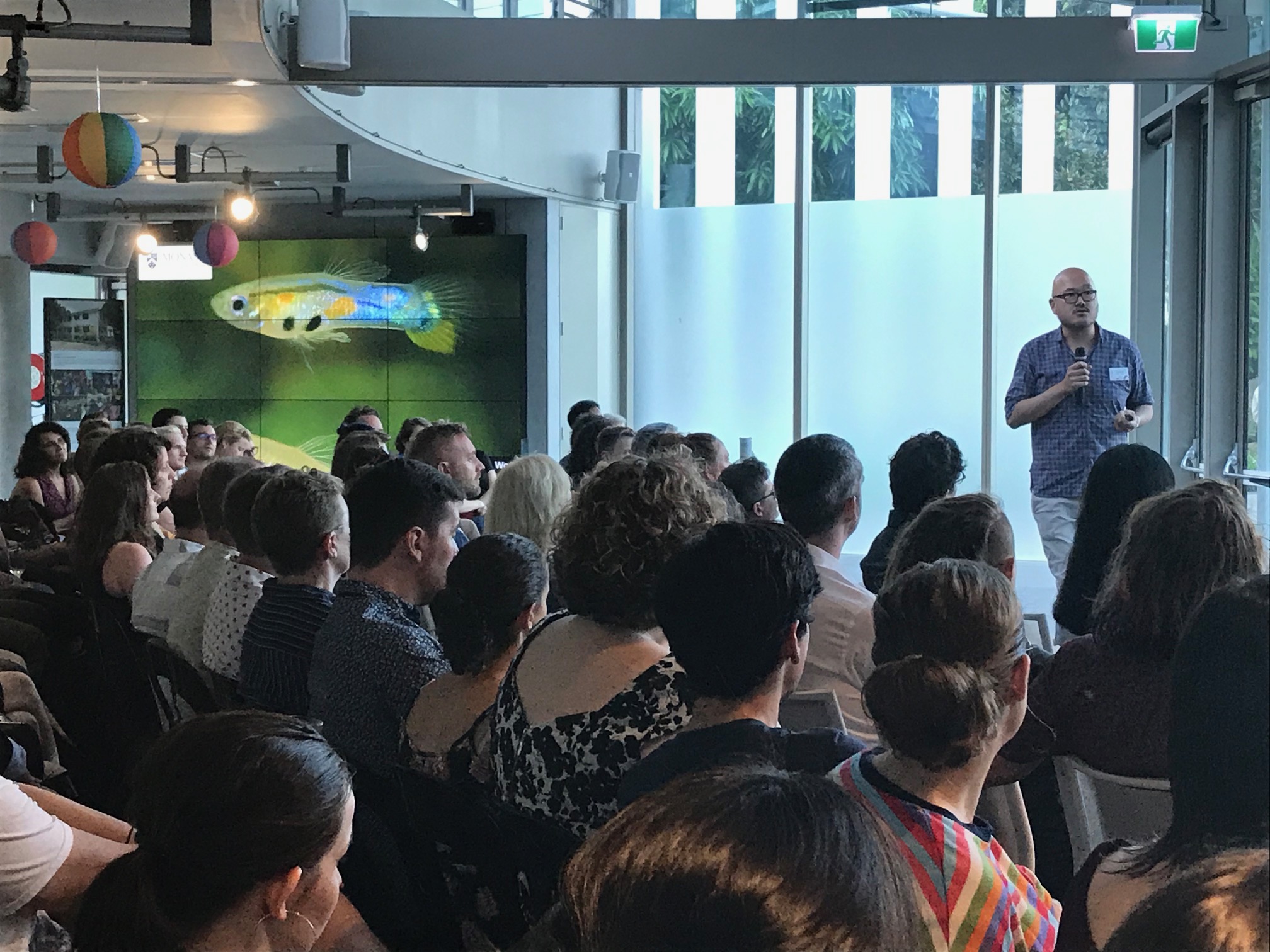 On Friday 26 February, An Evening with 500 Queer Scientists will again present a series of vibrant conversations and stories from LGBTQIA+ scientists in Sydney who have successfully followed a career path in academia while being out in the lab and to their peers.

Held at The Calyx in the Royal Botanic Garden Sydney with support from Inpsiring Australia NSW for a second year running as part of the Sydney Gay and Lesbian Mardi Gras, these candid conversations will provoke positive debate and help promote science and academia as an inclusive, forward-thinking, and viable career path for bright young queer minds!

The 500 Queer Scientists initiative launched in June 2018 and highlights the real need for increased visibility of LGBTQI scientists in academia. The issues are complex, but visibility and role models are part of the solution

Here’s what attendees at last year’s event had to say:

This year, the Royal Botanic Garden Sydney is very excited to present An Evening with 500 Queer Scientists for the second time, again moderated by Dr Alice Motion, Associate Professor, Chemist and Science Communicator at the University of Sydney.

Alice is recognised as a leading international science communicator and is the founder of the Breaking Good citizen science project, the co-host of ABC Science podcast Dear Science and has been the host of a weekly science slot on FBi Radio’s breakfast show since June 2015.

Joining Alice will be a fantastic lineup of LGBTQIA+ scientists living and working in Sydney across a range of disciplines.

An Evening with 500 Queer Scientists is an official event of the Sydney Gay and Lesbian Mardi Gras. It is presented by the Royal Botanic Garden Sydney, in partnership with Queers in Science and 500 Queer Scientists, and supported by Inspiring Australia NSW.