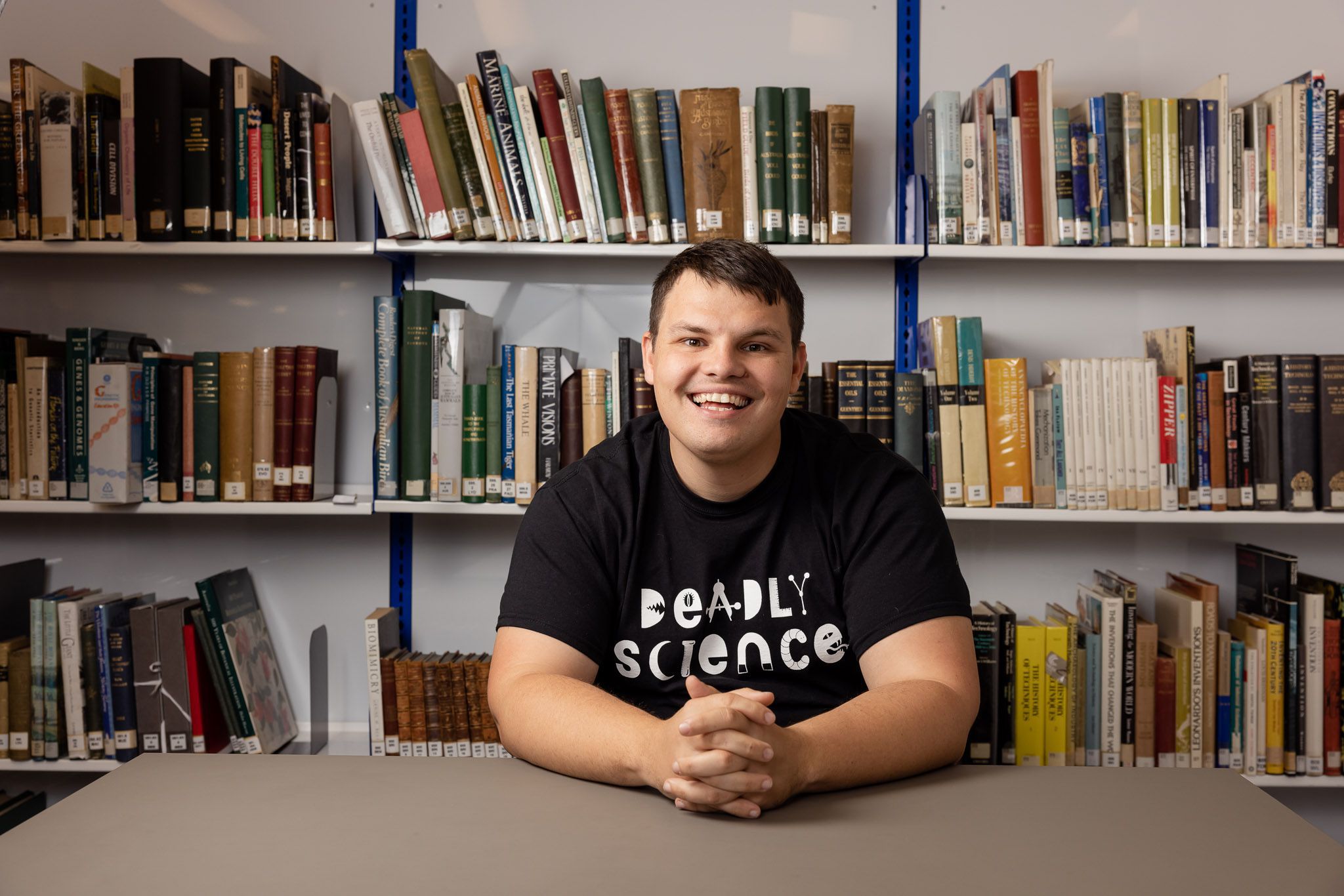 The NSW Executive Committee for National Science Week and Inspiring Australia has announced that its new Chair is Corey Tutt, the founder and CEO of Deadly Science and the 2020 NSW Young Australian of the Year. Corey succeeds Jas Chambers, who has been Chair for a remarkable 10 years.

Corey comes to the role as a prominent advocate for Indigenous science education. A proud Kamilaroi man, Corey is well known for his work with Deadly Science, a charity that provides science resources, mentoring and training to students in remote and regional schools across Australia, with a focus on Aboriginal and Torres Strait Islander communities.

Corey’s passion for Indigenous education has been recognised through various awards including the CSIRO Indigenous STEM Champion 2019, AMP Tomorrow Maker 2019 and ABC Trailblazer 2019.

Corey was a Eureka prize finalist in 2020 and in the same year was named a human rights hero by the Australian Human Rights Commission. He is the Sydney Science Festival’s 2021 Ambassador and will soon release his first book entitled The First Scientists.

“Inspiring NSW is an organisation that really means a lot to me to inspire and grow the next generation of Deadly scientists,” said Corey. “To be selected as Chair is a great honour. I would like to thank Jas Chambers for her incredible leadership and mentorship. Science = hope. Education = freedom.”

Get to know Corey Tutt in National Science Week

As the 2021 Sydney Science Festival Ambassador, Corey Tutt will deliver a keynote address during National Science Week celebrating the breadth and depth of knowledge of our first scientists – from bush medicine, astronomy, engineering and forensic science to chemistry, land management and ecology. With knowledge acquired through Community consultation, he will introduce the audience to boundary-pushing scientists, both past and present.

Farewell and thanks to Jas Chambers

Jas Chambers has been involved in National Science Week for 25 years, working with partners to co-found and produce one of its first festivals – Scitech at the Australian Technology Park and later Science in the City at the Australian Museum.

Having participated in the Inspiring Australia strategy since its launch in 2010, Jas has seen a transformative change in the way the broader community engages with science.

“The way in which we now understand science pervades all aspects of our lives – from weather to technology, the food that we eat, the clothes that we wear and the energy that powers our lives – that has been a transformational shift. Even before COVID-19 that shift was palpable, and I think it is here to stay,” said Jas.

“There is no doubt that the STEM community has become more professional and sophisticated in how it communicates, in combination with a greater willingness from society to digest scientific content. This is in large part due to the efforts of the science communication community in Australia, but also due to programs like National Science Week and Inspiring Australia, which keep STEM in the spotlight.

“Successfully communicating complex science comes down to understanding the audience you wish to communicate with and figuring out how to demonstrate its impact on their lives. Our Inspiring Australia strategy has enabled that to happen through our extraordinary network of partners – people who live in and know their communities. With very little financial investment, and an incalculable amount of good will, we have reached thousands of people who might otherwise not have got a good dose of science in their diet,” said Jas.

“Jas Chamber’s dedication to the promotion of science has made her a true asset to science outreach in NSW,” said NSW Chief Scientist & Engineer Professor Hugh Durrant-Whyte.

“Her work with Inspiring Australia NSW has resulted in a state-wide program which is the envy of Inspiring Australia organisations in other states and territories. I thank her for her efforts, which have given the broader NSW community the chance to gain a true appreciation of scientists and the valuable work they do,”

“Jas leaves big shoes to fill but I am excited to see what our new Chair, Corey Tutt, will bring to the role. Though still young, Corey has already amassed an impressive list of accomplishments in STEM outreach and I’m particularly excited about his drive to promote Indigenous science in NSW,” said Professor Durrant-Whyte.