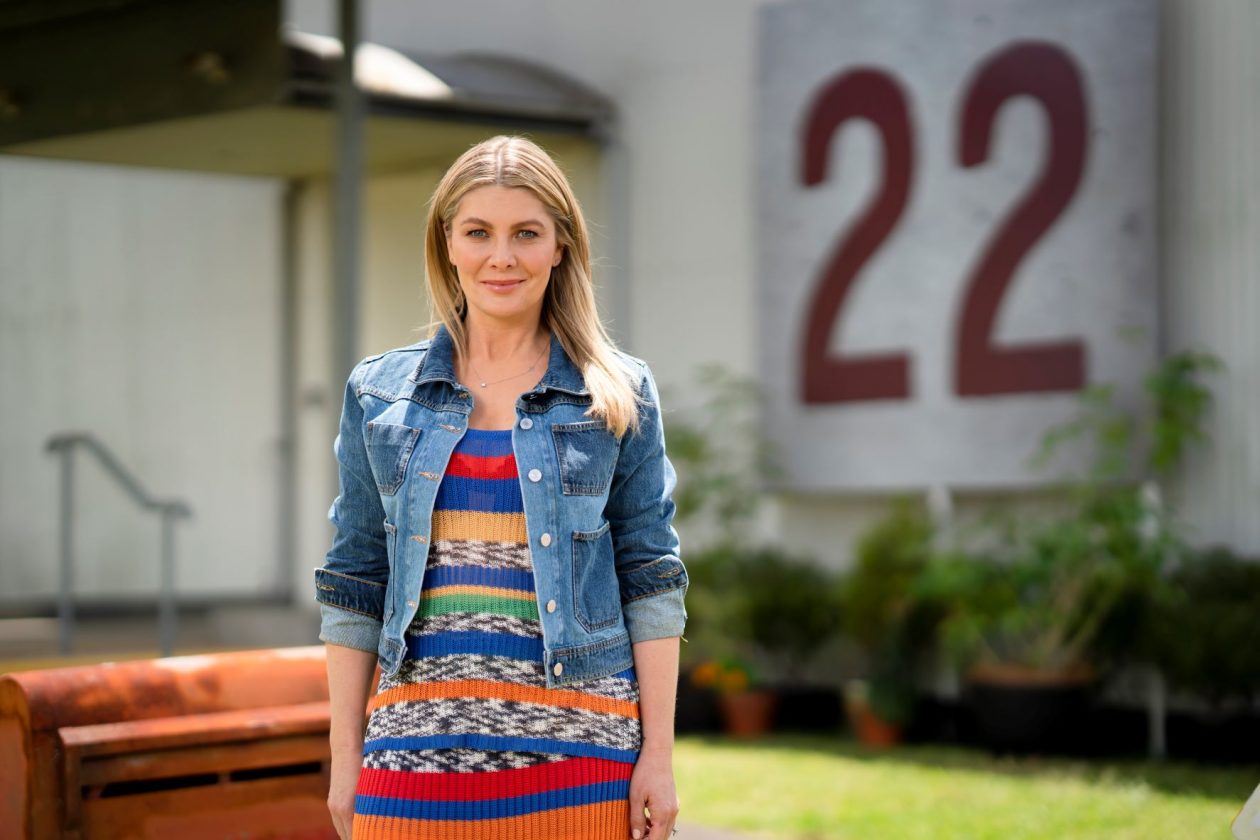 Space 22 is a new six-part documentary series that will explore the impact of art and creativity on mental health. Produced by BBC Studios and hosted by recording artist Natalie Bassingthwaighte, Space 22 follows seven strangers, each with their own lived experience of mental ill-health, as they take part in an ambitious experiment to test if the simple act of participating in art can help heal invisible wounds.

Many in the group will be experiencing visual and performing arts for the first time.  The hope is that by being creative, together, art will have a positive impact on their health and wellbeing.

Joining them will be three well-known Australian artists Abdul Abdulla, Wendy Sharpe and Eddie Perfect who will each share their skills and inspiration with the volunteers across different disciplines.

The impact of this mental health experiment will be measured by Professor Katherine Boydell from Australia’s Black Dog Institute supported by psychotherapist Noula Diamantopoulos.

“There is much evidence to demonstrate that the arts have a significant role in portraying issues essential to our understandings of health, illness, and the body, said Professor Boydell.

“There is a burgeoning literature that demonstrates that art – both creating and viewing – has many positive impacts that include: increased mental health and wellbeing, enhanced community inclusion, increased empathy, reduced social isolation, decreased anxiety and depression, and reduced stigma.”

For Space 22, Professor Boydell will be using a mixed methodology that includes both quantitative and qualitative strategies and two phases, with the first exploring the impact of the TV series on the cast.

“Quantitative measures include The Warwick-Edinburgh Mental Health and Wellbeing Scale, the Short Mood Scale, and the Toronto Empathy Measure. We aim to conduct observation of the filming and explore richly textured narratives of individual cast experiences.”

The second stage aims to examine the impact of the series on the viewers, said Professor Boydell, whose ultimate goal is to use arts-based methods in the research process as a knowledge translation strategy to create and disseminate knowledge.

“The benefits of using the arts in research include increased attention to the meaning and experience of health and illness, inclusion of disenfranchised and marginalised communities, and the heightened ability to convey research findings in a way that engages target audiences and facilitates change in health care knowledge, attitudes and practice,” she said.

Professor Boydell said that the film series began with a phone call from the BBC producer Anita Jorgensen about a year ago.

“Anita was interested in producing a television series that focused on the link between the arts and mental health. My research program in arts-based knowledge translation and in social prescribing, arts on prescription in particular, led her to me.  After many conversations Anita successfully pitched the idea to the ABC,” said Professor Boydell.

Kylie Washington, General Manager and Creative Director, Production at BBC Studios ANZ said that each year, one in five Australians experience mental illness but roughly 60 % do not seek help.

“Space 22 explores what happens to our brains, bodies and emotions when we make art and what science reveals about the impact of colours, textures and sensory experiences on our mental health. I hope this series will demonstrate the amazing therapeutic power of creativity and offer an open invitation for individuals to pick up a paintbrush, sharpen a pencil or break out the pottery wheel,” she said.

ABC’s Head of Factual and Culture Jennifer Collins said there are few Australians who are untouched by the effects of mental ill health, whether that’s directly or indirectly.

“Space 22, through art, gives a voice to those affected, sharing stories and connecting with others, and in turn encouraging conversation. This series promises to be honest, thought provoking and uplifting.”

Space 22 will be the first locally created original format created by BBC Studios for the ABC in Australia. The format will also be available to the international market under the title Art On The Brain.

By Jackie Randles. Feature image shows recording artist Natalie Bassingthwaighte, the host of Space 22, an original BBC Studios ANZ production for the ABC to be broadcast in 2022.