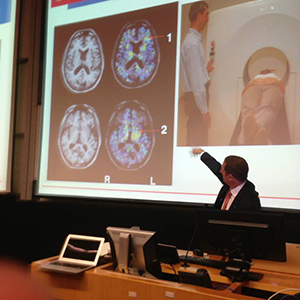 How do Australians engage with science? A new survey charts our awareness, interest and engagement with science and technology and identifies whether science is regarded as a good career option.

Commissioned by Inspiring Australia and conducted by Australian National Centre for the Public Awareness of Science with IPSOS Public Affairs, the survey of 1020 people found that 82% respondents recall having watched, listened or read something to do with science or technology at least fortnightly in the last year.

One-in-two respondents were able to name an Australian scientific or technological achievement, with most reporting having discussed technology (87%) and science (77%) in social settings in the previous 12 months.

In terms of engagement experiences 66% respondents said they had visted a science centre, science museum, botanic garden, zoo or similar establishment in the same time period. Half of those surveyed indicated there were things they would like to know more about with regards to science and technology.

The majority (88%) said that they thought that a career in science is a good choice. When participants were asked how important a range of professions were in terms of contributing positively to society, doctors were ranked the highest (75% stating they were very or quite important), then teachers (69%) followed by scientists (60%).

How do Australians engage with science? is the report of a national survey commissioned by Inspiring Australia, designed and directed by CPAS Research Fellow Suzette Searle and conducted by Ipsos Public Affairs in February 2014.