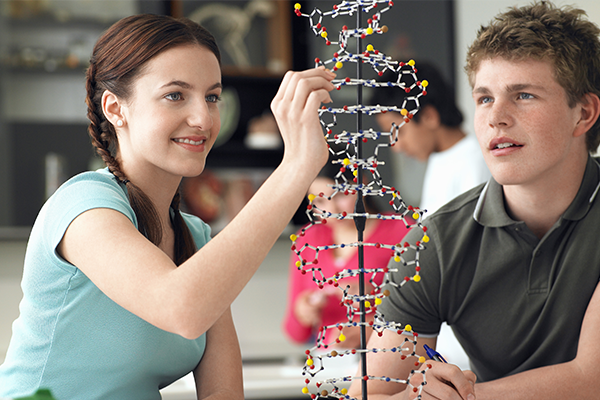 Three of Inspiring Australia’s Regional Science Hub lead partners and four other NSW-based organisations have won funding through a federal grants round to deliver major events in Sydney and in regional areas during National Science Week this August.

Congratulations to Sydney Olympic Park, Royal Botanic Garden Sydney and Wagga Wagga City Library who will again present an amazing lineup of free, science activities for all ages during National Science Week that runs from 11-19 August 2018.

Congratulations also goes to Sydney Science Festival event presenters The Indigenous Science Experience, the Museum of Human Disease at UNSW, Macquarie University and Kimbra Ransely on behalf of the popular hands on event, A Night of Illusions.

National Science Week grants worth more than $600,000 were announced on 14 February by the Assistant Minister for Science, Jobs and Innovation Zed Seselja,

“This year’s grants recipients have exhibited tremendous creativity in developing such an exciting range of activities to engage people of all walks of life and in all corners of Australia with science,” Senator Seselja said.

“NASA scientists are headed to Australia to celebrate the end of Kepler and Cassini, in a series of events where audiences can hear about what we learnt from the Cassini spacecraft’s 13 years with Saturn and the hundreds of planets discovered by the Kepler Space Telescope.

“Palaeontology will meet music and theatre in a storytelling experience that travels to the locations where the prehistoric stories have been revealed, and science will take over from sport during the half-time entertainment at a GWS Giants game at Spotless Stadium in Sydney.

“I’m delighted to see many activities incorporating Indigenous STEM knowledge, and others that encourage girls and young women to get involved in science, technology, entrepreneurship and innovation.”

The Indigenous Science Experience @ Redfern
What can Aboriginal astronomy tell us about the night sky? How is our native flora used in bush medicine? What can we learn about sustainable living from 60 000+ years of Indigenous culture? A national project initiated by Macquarie University, the Indigenous Science Experience @ Redfern is a celebration of Indigenous and Western science, and Indigenous youth and Elder achievements. Part of the Sydney Science Festival in National Science Week, the four-day event at the Redfern Community Centre will demonstrate the value of traditional and contemporary Indigenous knowledge in science and technology, and the relevance of science to our everyday lives.

Coordinated by the National Indigenous Science Education Program and located at the Redfern Community Centre, this event will provide three days for local primary school students and a Family Science Fun Day, open to the general public.

The Living Laboratory
The Royal Botanic Garden Sydney will invite community members to meet its celebrated plant scientists as part of Sydney Science Festival with the Living Laboratory. ‘See like a bee’ with UV, dissect a flower, go on a wildlife walk, and ask experts about the secrets of seeds or the skills of scientific illustration. These are some of the highlights of this free, outdoor family and community event at the Royal Botanic Garden Sydney celebrating science and providing a range of diverse and hands-on science activities for all ages.

Living Laboratory will showcase the environmental sciences and open up the Royal Botanic Garden Sydney’s facilities to the general public, with guest activities and presentations from university, community and science sector partners.

The Innovation Games
Can you kick the physics out of a footy? How fast can you run in a sprint test? How far can you throw a spear? Or a boomerang? Sydney Olympic Park Authority will again take the lead in the second Innovation Games, a free family fun day full of sporting, science and technology action at the town centre of Sydney Olympic Park during Sydney Science Festival.

Practically Virtual
Practically Virtual showcases how virtual reality is helping scientists, lecturers and teachers in universities and research organisations—from cell biology to mining engineering and from biomedical research to data visualisation. This week-long expo event also invites the broader public to discover the fascinating Museum of Human Disease at the University of New South Wales.

Virtual reality allows scientists to ‘walk’ through the landscape of the human body and look up-close at cancer cells or race down the aorta alongside red blood cells towards the site of a stroke. Virtual reality is assisting the ongoing research at UNSW’s Medicine, Science, Engineering and Art and Design faculties, as well as research organisations such as the Garvan Institute of Medical Research. While the Practically Virtual expo will be at the UNSW Biomedical Precinct on the Kensington Campus in Sydney, staff from the Museum of Human Disease will also take a mobile version on a regional roadshow during National Science Week and beyond.

A Night of Illusions
Ask scientists why some static images appear to move and twist before your eyes? Or why you can trick your senses into feeling your body change size and shape? What is the science of how we perceive reality and how can science help to reveal what is real and what is not? Ask the experts.

During Sydney Science Festival, leading cognitive and neuroscientists will host an interactive event where attendees can experience firsthand an exciting variety of perceptual illusions that reveal gaps in the way we perceive reality. Participants will try out a range of cognitive and body illusions and chat with experts about what their experience reveals about the ways that our brains make sense of the world. The project builds on the success of previous Night of Illusions events in Sydney, and takes it on the road to a regional audience.

Pocket Astronomy in Pocket-sized Towns
A planetarium, a solar telescope, and a bunch of students and staff from the Department of Physics and Astronomy at Macquarie University will hit the road in NSW, bringing astronomy and broader science to four towns in four days.

Locals will have the opportunity to visit the planetarium, try the solar telescope, and hear a talk about Australian astronomy and the value of dark skies. Each town will also receive the gift of a telescope to keep, and training for the locals on how to use it. People will also be invited to get involved in Macquarie University’s citizen science project exploring light pollution, run in collaboration with the Warrumbungle National Park, Australia’s first ‘Dark Sky Park’. This will contribute to ongoing research into light pollution levels and impacts in urban and rural NSW.

The Robot Zoo will feature robotics, drones, 3D printing, presentations, films, and even a ‘Robot Petting Zoo’. The National Indigenous Science Education community program will again be part of the celebrations,  facilitated by the Riverina Science Hub partners and local Indigenous Elders. Kitchen Science engages pre-schoolers, with experiments using easily sourced household items. The Citizen Science Biodiversity Blitz gets community members to explore and identify the wildlife of the Murrumbidya Wetlands. And CLOSER, a microscopic event, will provide community access to a range of electro-microscopes and a quality large-scale microscope.

Organisations wishing to be part of the fourth Sydney Science Festival from 10-20 August as part of National Science Week are encouraged to attend a briefing for event presenters from 3.15 pm on 12 March at Sydney School of Entrpreneurship.

Please join us at this FREE event to meet colleagues from across Sydney’s science and cultural institutions and find out how to be part of this citywide celebration of science.

Networking drinks will be served from 5pm.