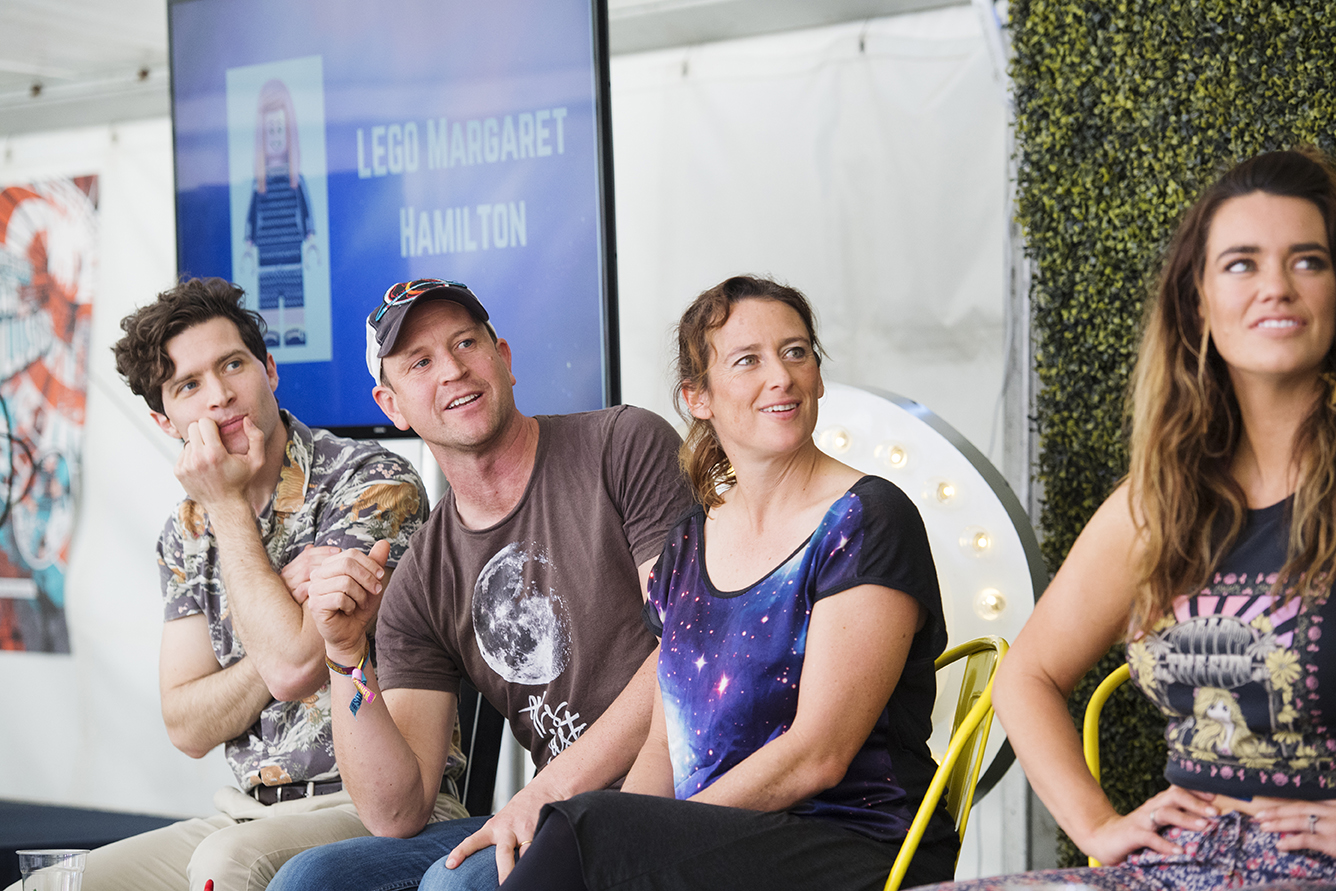 Earlier this year, Inspiring Australia (NSW) co-presented the second Science Tent at Splendour in the Grass, the popular annual music and arts festival held near Byron Bay. Delivered in partnership with Southern Cross University, the Science Tent provides around 135,000 festival goers with the opportunity to engage with scientists alongside music, arts and politics.

This year’s program was produced by Fizzics Education. Over three days, 25 researchers from ten universities and research institutions entertained the crowds with short talks on topics from shark behaviour and detection, slime moulds, music, maths and handedness in Chemistry to black holes, dark matter, mathematical modelling, cybersecurity and chrystallography.

“Southern Cross University, located right on the doorstep of Splendour in the Grass, is renowned for world class research in health, marine and environmental science,” said Ben Roche, the university’s Vice President (Engagement).

“This year, festival goers discovered Southern Cross research specialities like smartfin technology for surfers, secret treasures hidden within sand, the impact of global warming on fish life, and how we can use drones to monitor the coast.”

“What a wonderful way to showcase and celebrate our rock star scientists by teaming up with colleagues from across the country for the Splendour in the Grass Science Tent!”

Senior researchers also led hands-on chemistry and physics demos, maths modelling games and were available to share their experiences of life as a scientist. With audiences ranging from small childern to teenagers and adults, the Science Tent achieved its goal of connecting science with mainstream culture.

Splendour’s Science Tent, Comedy Club and Forum producer Fay Burstin said that audiences took away the idea that science and research can be fun and approachable in a casual setting.

“By making researchers relatable, they also learned that scientists can be just like them; young, fun and enjoying the music and vibe of Splendour, while also contributing their ground-breaking research to the community.”

Guest presenter and well-known astrophysicist Professor Alan Duffy said that having a Science Tent positioned alongside art, music and comedy stages helps ensure that thousands of young Australians see STEM as being as central to their lives as other aspects of culture.

“I hope they also found our events as engaging as the headliners on mainstage!” he said.

Other scientist presenters raved about the quality of the experience and the excitement of being able to reach new audiences, as well as their enthusiasm about the concept of science at a music festival. Many expressed appreciation for the unique science communication opportunity.

Science Tent activities at Splendour In The Grass 2018.

Plans for the 2019 Science Tent are now underway, with Inspiring Australia (NSW), Splendour in the Grass and Southern Cross University now considering the best way to ensure a diverse and entertaining mix of presentations and hands-on offerings.

With many prestigious organisations and individuals wishing to participate, the challenge will be to devise an entertaining program showcasing not only the breadth and diversity of Australian research talent, but also enabling participation from scientists at all stages of their careers. Given the national profile of festival goers, it’s also important that the Science Tent continues to profile scientists from a range of disciplines, universities and research institutes.

Images by Elise Derwin. The Science Tent is produced by Inspiring Australia (NSW) and Southern Cross University in partnership with Splendour in the Grass and with participation from research experts from universities and research institutions across Australia. See the 2018 Science Tent lineup on the Splendour website.