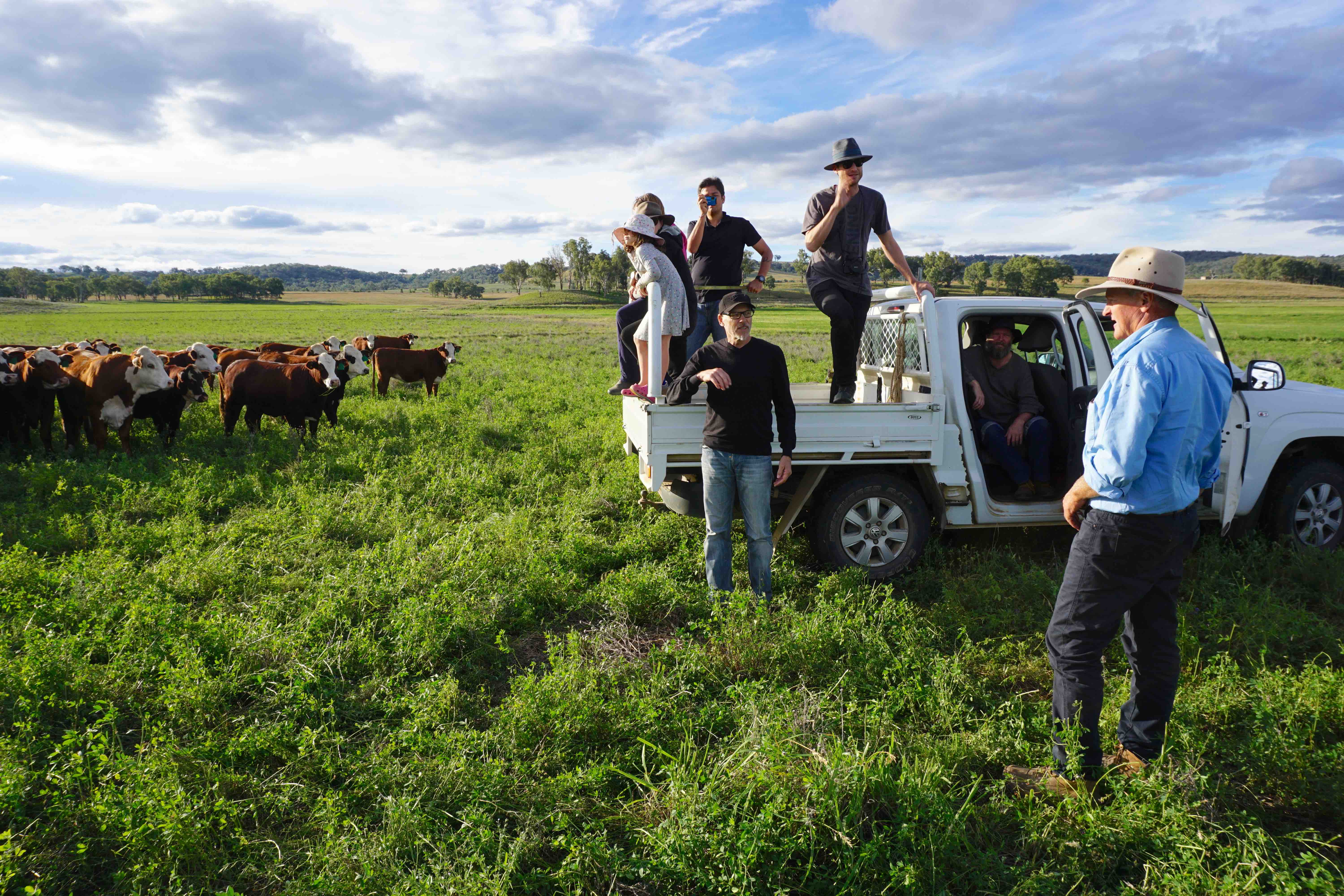 Something unusual is unfolding in rural NSW. An Artist, a Farmer and a Scientist Walk into a bar… is a project that gives artists the time and space to collaborate with scientists, farmers, traditional custodians and rural innovators who are seeking to change our relationship with land.

An initiative of the Kandos School of Cultural Adaptation, the project brings together a group of nine artists who work alongside non-artists to bring about positive cultural change. Each of the nine artists involved address a different problem, then blogs about their endeavours.

Read their reports of

Learn more about the artists and their investigations here.

The artists’ collaborations with scientists have producing creative responses that could never have been predicted. For example, Georgie Pollard worked with UNE researcher Ruy Anaya de la Rosa, who led the UN funded Biochar for Sustainable Soils (B4SS) project.

Georgie produced a mesmerising sculptural work called The Long Sleep: a charred bed filled with plants and objects that pays tribute to sequestered carbon. Having toured to the National Biochar Conference in Tweed Heads and the Bingara Emporium, this work is now on display at Artbank in Sydney as part of the exhibition Uncertain Territory where it remains very much alive.

An upcoming picnic and tour of their Bula Mirri farm on 28 April 2019 will be an opportunity to hear how these ideas are progressing. In Melbourne, community members will also have a chance to see farming inventor Allan Yeoman’s carbon sequestration measurement tool at Monash University Art Museum’s show: Shapes of Knowledge. They will be baking dirt in the gallery and doing some fabulous farm tours as well.

All projects from An Artist, a Farmer and a Scientist Walk into a bar… will be showcased in Bingara on the weekend of 7-8 September 2019 at an outdoor, mobile and edible forum as a part of the new Pulse of the Earth Festival.

The work will also be on display at the Cementa Contemporary Art Festival in Kandos from 21-24 November 2019.

Guest post by Alex Wisser. Learn more about An Artist, a Farmer and a Scientist Walk into a bar…