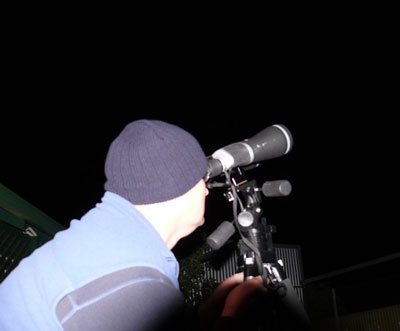 Communities in Far West NSW will have the opportunity to learn about astronomy from Western and Aboriginal perspectives in outback NSW during National Science Week as part of a new program established to mentor Indigenous astronomy guides.

Outback Astronomy, a newly established astronomy tourism business, will conduct a workshop in Broken Hill that will culminate in a free public presentation during National Science Week. The presentation will provide workshop participants with the opportunity to demonstrate their newly acquired talents to the community.

Supported with a grant of $3,000 from Inspiring Australia and the NSW Government, the events will demonstrate how people may benefit from involvement in astronomy tourism. Special attention will be given to exploring how young people might consider science-related studies to shape their future careers.

Broken Hill is a mining community, with a rapidly growing Indigenous population. It has a strong visitor destination appeal. We have vast, open skies that are simply not seen in highly light polluted cities. On top of this, we have entrepreneurial artists and creative people. There is much opportunity to combine our valuable assets and develop an enviable astronomy-tourism industry here.

In future as the business develops, Outback Astronomy will be seeking skilled employees with knowledge in western science and Aboriginal astronomy, adding to the tremendous economic potential astro-tourism in the region.

Outback Astronomy has been offering astronomy sky shows at the Broken Hill Race Course since March this year. While the business plans to feature Aboriginal Astronomy as a prominent component of its astro-tourism offering, there are few people anywhere in Australia with sufficient knowledge and skills at present.

National Science Week presents an opportunity to inspire local Indigenous and non-Indigenous people to develop the necessary skills for future employment in this area.

RDA Far West’s manager, Mr Michael Williams said the initiative may be of benefit to local people who are looking for guidance in future life decisions.

“We hope that the Far West Science Hub will create partnerships comprising local people and organisations who collaborate for the benefit of encouraging awareness of science,” Mr Williams said.

Robinson College’s manager, Mrs Ann Rogers, said the Far West Science Hub is a quality educational and informational initiative that will encourage the general public to become more familiar with the importance of science in daily life.

Mrs Rogers said Robinson College was pleased to be among founding partners launching the Far West Science Hub and encouraged people to support its inaugural event.

With RDA Far West the key contact for the Far West Science Hub, Mr Williams said any organisations wishing to become partners should contact his office to register support. He said it was not too late for new organisations to become involved in the 2014 events.

“We welcome involvement by local scientists, local government, business organisations, schools, community and arts organisations and local clubs as well as individuals who are interested in science and related fields,” said Mr Williams.