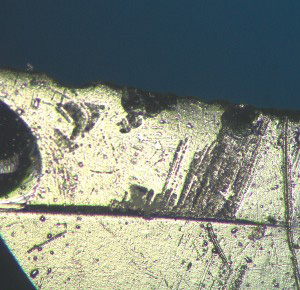 During National Science Week 2015 the Australian Museum Science Festival will once again unleash science upon the broader Sydney community with a collaborative program that encompasses all fields of science. Hosted annually by the Australian Museum, this Science Festival is the nation’s largest and most diverse science event that provides students, teachers and the public with a chance to experience science hands-on.

Through collaboration with visitors, partners, presenters and volunteers, the Festival aims to bring together science professionals and educators to present a unique program that works towards creating a more scientifically literate Australian community.

The Festival is a fantastic opportunity for students from K-12 to engage in hands on activities, talks and explosive workshops that explore a variety of scientific fields and cover a wide range of curriculum links. With around 200 presenters being involved last year, students had the opportunity to speak to scientists and presenters from leading institutions that provided activities designed to encourage them to appreciate, learn and to understand the science they encounter every day.

Held over two weeks the Festival is expected to attract over 75 schools from the Sydney Metropolitan and Western suburbs and partner with over 60 scientific groups. Through a diverse program of exciting workshops, talks and lively demonstrations it educates and empowers the next generation and encourages the community to be more scientifically aware.

School students will again be welcomed into the Australian Museum this year with primary schools invited to attend from the 11-13th August and high school students from 18-20th August. During the two weeks the students will be exposed to multiple fields of science through inspirational and engaging speakers and presenters from a number of institutions.

For those eager young scientists unable to make it to the onsite excursions, the Museum will be facilitating their educational experience through video conferences leading up to the event (3-7th of August). For those wanting a challenge we have a DigiBlitz, a week-long blitz of transcribing and unlocking the secrets of the Museum’s collections (15-22 August).

In addition to these days dedicated to educating the younger generation, the 2015 Festival will also be exposing the general public to science through a diverse range of community days specifically programmed to engage a variety of audiences. Additional community events for 2015 will align with the 2015 International Year of Soil and National Science Week’s schools theme, ‘Making Waves: The science of light,’ inspiring discussion and engagement with projects and studies in these areas.

After the success of last year’s Community Family Fun day last year, the Festival will present it again the 15th August. In addition, an additional day will target Under 7s, exposing younger kids to fun workshops and shows that look at science and animals at the Under 7s Discovery Day on the 14th August.

The public will have the opportunity to discover the secrets of soil and explore topics such as permaculture, indigenous foods and community gardens at the Sunday Community Event ‘Down and dirty’ on the 16th August. This Sunday event will unearth some of the projects currently underway involving soil science and will encourage awareness of the importance of soils and our impact as a community upon them.

On the 21st August the AMSF culminates with a night event enabling the general public to experience the science behind light. ‘Night Lights’ will be an exploration of linking science and culture to everyday life and the arts with a variety of enticing activities for over 18s.