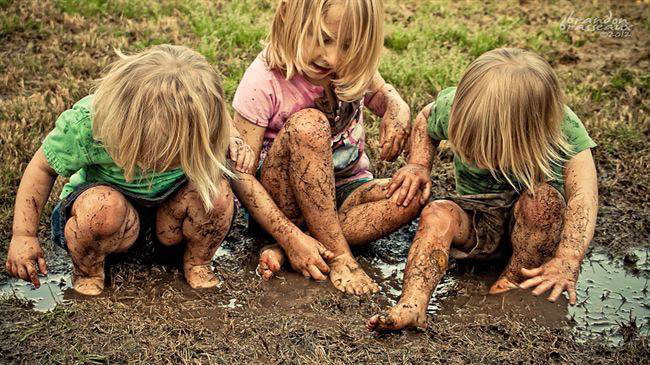 Young children in Port Macquarie will soon have an opportunity to connect with the outdoors in a new way when Jodie Feeney, Lloyd Godson and Sybil Juzwiak Doyle launch an innovative program in a patch of bushland donated by Port Macquarie-Hastings Council. The Nature School’s first eight-week pilot program starts on 14 July and will give local children an opportunity to learn from playing outdoors in the natural world. Sharing a common passion for the preservation of the natural environment and a mutual desire to get their own children outdoors and in touch with the natural world, the Nature School’s three founders have established this program to encourage more outdoor play for young children in their community.

“Unfortunately, children have moved from playing primarily outdoors to being inside, with screen time replacing outside activities and experiences,” said Lloyd, who is an experienced science communicator with a track record of creating unusual and exciting science learning activities. “A recent survey by Planet Ark found kids today spend far less time climbing trees, exploring reserves and playing in the street than their parents did when they were young,” he added.

Inspired by the concept of Forest Schools in Europe where, for over 50 years, children as young as two have spent their preschool years playing outside in rain, hail or shine, the primary aim of the Nature School is to help children, regardless of their needs, abilities and backgrounds, develop a deeper and more regular connection with nature.

“We plan to lay the foundations for a socially cohesive and sustainable future by nurturing creative, independent, healthy, resilient and environmentally aware children,” said Sybil.

During the School’s eight-week pilot program, nature play sessions between three and six hours long will offer hands-on, experiential, learner-led activities that are largely unstructured. By heading into the bush with no play equipment or organised games, the School’s intention is that children will drive their own learning.

“Our experienced educators will oversee, rather than take charge, of what happens so that children can learn how to manage risks and use their unending imagination and creativity as they build respect for one another and for the natural environment,” said Lloyd

The School’s ethos encourages teamwork and collaborative play, drawing on research that shows that among benefits of nature play for children are more confidence and greater social, physical and language skills, less chance of being overweight, better learning experiences and more imaginative play.

“Our vision is a world in which all children learn from and within nature. In addition to our early learning programs, we’re also preparing a school holiday program that will cater for children aged up to 12 years old and a playgroup where parents can attend with their younger children,” said Sybil.

You can also connect with LLoyd Godson during National Science Week where he will be testing a prototype underwater habitat from 18 to 23 August at the Australian National Maritime Museum in Sydeny. Working with Google technology, Lloyd will be streaming live from the habitat, sharing his plans and dreams about living underwater and why STEM is cool. Learn more about Lloyd and his underwater survivor adventure.