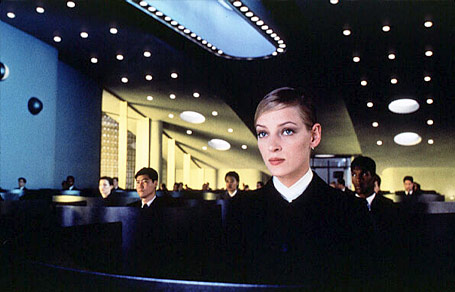 Six NSW projects have won grant funding from Inspiring Australia for National Science Week including the popular Indigenous Science experience at Redfern, Science in the Swamp at Centennial Park and an all ages event at Sydney Opera House presented by UNSW’s Big Questions Institute that will explore the latest scientific thinking on the origin of life on earth and how this research applies to NASA’s Mars 2020 Rover project. Two science festivals in the Riverina and Snowy regions will also receive grant funding and the University of Sydney will mark the 20th anniversary of the science fiction film Gattaca with free public screenings and talks.

This year’s National Science Week campaign runs from 12 – 20 August and marks two decades of successfully showcasing science to the Australian community and the world. With more than 1.3 million people participating in over 1800 events and activities last year, this year’s campaign is set to be huge. Across the country, community members will have the opportunity to participate in local science festivals, music and comedy shows, expert panel discussions, interactive hands-on displays, open days, online activities.

Everyone is welcome to host a National Science Week event by logging their activity on the national campaign website. Once you’re on the events calendar, you’ll benefit from a national publicity campaign. Presenters in Sydney should also consider applying to be part of Sydney Science Festival, part of National Science Week, to have the added benefit of being part of an integrated marketing campaign across the city. Expressions of interest are online and close 10 March 2017.

Explore the knowledge gained by forty thousand years of continued culture and a close relationship with the land, and meet today’s Indigenous experts. This four-day initiative will celebrate western and Indigenous science and achievements of Indigenous youth and Elders, with interactive science activities on household and environment themes demonstrated by Indigenous youth, and Aboriginal technology and customary practices explored and explained by Indigenous representatives from across Australia. The event will be held at the Redfern Community Centre and will culminate in the Family Science Fun Day.

A free, outdoor family and community event at Centennial Park celebrating science and providing a range of diverse and exciting hands-on science activities accessible for all ages, from meeting a dinosaur to potting a plant. Science in the Swamp is a partnership between Centennial Parklands and science exhibition providers.

As part of Science Week, UNSW’s Big Questions Institute presents a series of talks at the Sydney Opera House, showcasing the latest scientific thinking on the origin of life on earth and how this research applies to NASA’s Mars 2020 Rover project. The talk will involve scientists and researchers from UNSW, NASA and other pre-eminent institutions across the globe. The talk will be at an introductory level for a general public audience, including adults and children.

Are your genes your destiny? Genomics and the science of Gattaca
University of Sydney

2017 marks the 20th anniversary of the science fiction film Gattaca, a modern classic that explored the ideas of genetic engineering and the human spirit. Free public screenings of Gattaca in Brisbane, Perth, Sydney and Melbourne will be followed by panel discussions with local content experts and commentators#scientists and creatives#about the film’s themes and accuracy. In the twenty years since Gattaca debuted, there have been huge advances in human genetics and revisiting Gattaca on the 20th anniversary offers an opportunity to explore how the science has developed and enrich a national conversation about where the science is taking us.

The Riverina Science Hub Festival is a week of opportunities to participate in science events and activities on topics such as Indigenous Sky Stories, Star Gazing, Technology of Flight, Environmental Science, Fermentation, Nerd Nite at the Pub, the Microscopic World, Kitchen Science, and the National Indigenous Science Education Program (NISEP) Indigenous Program with Elders, youth, scientists and the community.

Science in the Snowies will involve a series of five science shows and community science events through the Snowy Mountains region, in a partnership between the library network, local community groups and schools, and science communication professionals. The project will fuse tried and tested science show performances with content relevant to the region (from the Snowy Mountains Hydro Scheme to a leafblower powered snowboard-hovercraft). Pathways for further activity will include take-home science activities, and integration with an online and mobile library STEM catalogue and book reviews.

National Science Week 2017 will run from 12-20 August. More details on the week, including a full list of grant recipients, are available.