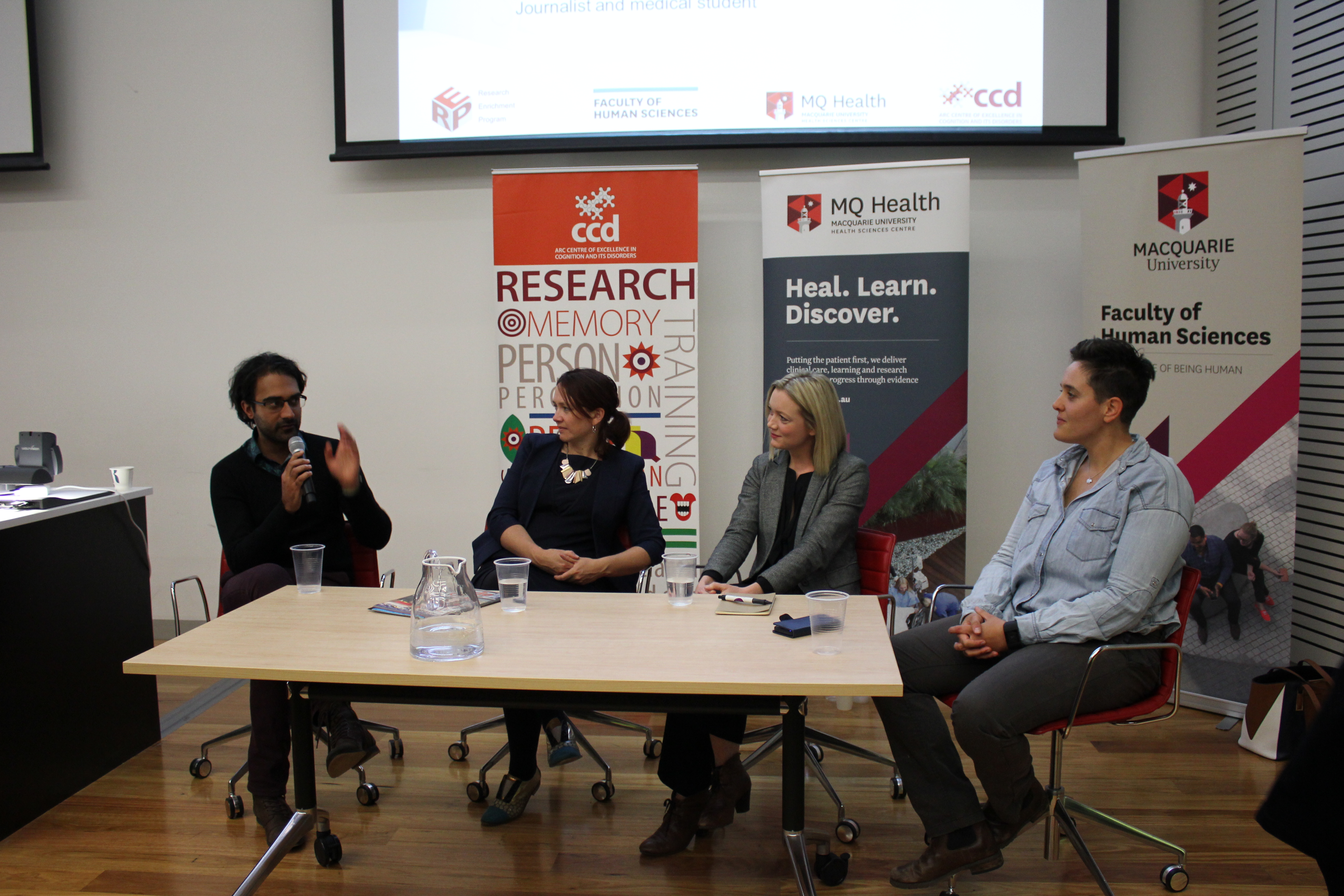 We live, we are told, in a “post truth” world where scientific evidence competes with “alternative facts” and everyone is well and truly “sick of experts”. But is this a recent phenomenon? Or have new modes of communication made the problem worse? If so, what should scientists do about it? Dr Jon Brock reports.

These were some of the questions considered during a recent workshop at Macquarie University which brought together science communicators and researchers from a wide range of disciplines to discuss the challenge of translating evidence into scientifically informed decision making.

In his keynote address, Ben Newell, Professor of Psychology at UNSW, spoke of the urgent need for scientists to communicate and engage with the public. But he also acknowledged the challenges. Academics have competing demands on their time and many feel uncomfortable stepping outside the ivory tower. Newell admitted his own wariness of becoming a “rent-a-quote” for topics outside his field of expertise.

Cognitive scientist Amanda Barnier returned to this issue later in the workshop. Like Newell, she invests time and effort in public engagement but is conscious of the limits of her expertise and its application.

Cancer researcher Darren Saunders had a slightly different take, noting that he is sometimes asked for comment, not as an expert on a particular topic, but as someone who can apply critical thinking and research skills to many different discussions.

Newell presented data showing that scientists remain highly trusted and respected. The trouble, in his view, is that the public has lost some of the filters that help separate good information from bad.

Heather Catchpole of STEM publisher Refraction Media made a similar point. The demise of traditional media means that we now have fewer thoughtful curators of our information diet and are instead funneled to whatever is popular within our social networks. Far from broadening our horizons, the internet has created information bubbles and echo chambers.

Lucinda Beaman, Fact-Check Editor for The Conversation, noted that – at least in the Australian context – outright “fake news” is less of a problem than factual statements presented out of context in a misleading way.

The notion of echo chambers was a recurring theme.

Adam Dunn of the Australian Institute of Health Innovation showed how data from social media can be used to map out the information networks we surround ourselves with and the development of misinformation clusters. This clustering could reflect the influence of information on attitudes and behaviors but people also curate their information diets to match the opinions they already hold.

Teasing apart cause and effect requires a more experimental approach. To this end, Louis Gregory, a Masters student in Cognitive Science, described his attempts to apply classic psychology experiments to the study of echo chambers and the internalization of misinformation.

Other speakers addressed the need to encourage critical thinking skills.

Simon Handley, Executive Dean of Human Sciences, described the mental shortcuts we all make when trying to think about difficult problems. Often our ability to think logically is affected by what we already believe about the world.

Cognitive scientist Genevieve McArthur spoke about the wishful thinking that pervades interventions for children with reading difficulties. She proposed that teachers should be trained to critically evaluate interventions in the same way that doctors are trained in evidence-based medicine.

Joanne Mulligan from the Department of Educational Studies described the Opening Real Science program, which aims to do exactly this by involving leading scientists and mathematicians in teacher training.

Of course, the real challenge for scientists and science communicators is to go beyond simply preaching to the already converted. Drawing on her experience as a journalist and now medical student, Amy Coopes argued that minds are not changed by facts alone. Especially when health-related issues are concerned, people are coming from a place of emotion rather than reason.

Ketan Joshi, a science communicator working in the renewable energy sector, stressed the importance of establishing rapport with people before attempting to communicate. As PhD student Alessa Teunisse noted in her presentation on the psychology of scamming, this is a lesson that many pseudo-scientists have already taken on board.

Darren Saunders emphasized the dangers of over-selling medical science – a particular problem in his own field of cancer genomics. Hype leads to disappointment which opens the door for charismatic charlatans offering false hope.

Discussions inevitably focused on the challenging nature of science communication. But, as biological scientist Lesley Hughes argued, it is important to take the long view.

Hughes summarized the lessons of her 20 years communicating climate science, most recently with the Climate Council. Key strategies include choosing the most appropriate messenger for different sectors of the community and framing the message in a way that is relevant to the here and now.

For example, graphs of projected global temperatures are readily dismissed, but adding her own lifetime and that of her children and potential grandchildren suddenly makes the data personal. Most of all, Hughes emphasized the need to keep repeating our communication efforts until they stick. Individual setbacks are dispiriting but persistence pays off.

The idea for the workshop began with a conversation over coffee two months previously. As more people heard about it, the initial informal get-together grew into a full day event attended by representatives of all faculties at Macquarie as well as guests from five other universities and the office of the Chief Scientist of New South Wales.

Despite competing pressures, communicating our work to the wider public is clearly something that many academics care about and want to do more effectively. It’s an area ripe for collaboration across disciplines and institutions and we’re currently working on a number of initiatives to build on the momentum generated by the workshop.

Midway through the afternoon we were excited to discover that our twitter hashtag #mqscicomm was trending in Sydney. The top trending topic, however, was a certain Queensland Senator making headlines for his rather confusing remarks on climate change and the “conceptual penis”. An illustration if one were required of the challenges that lie ahead.

Dr Jon Brock is a co-director of the Centre for Atypical Neurodevelopment and chief investigator at the Australian Research Council Centre of Excellence in Cognition and its Disorders.