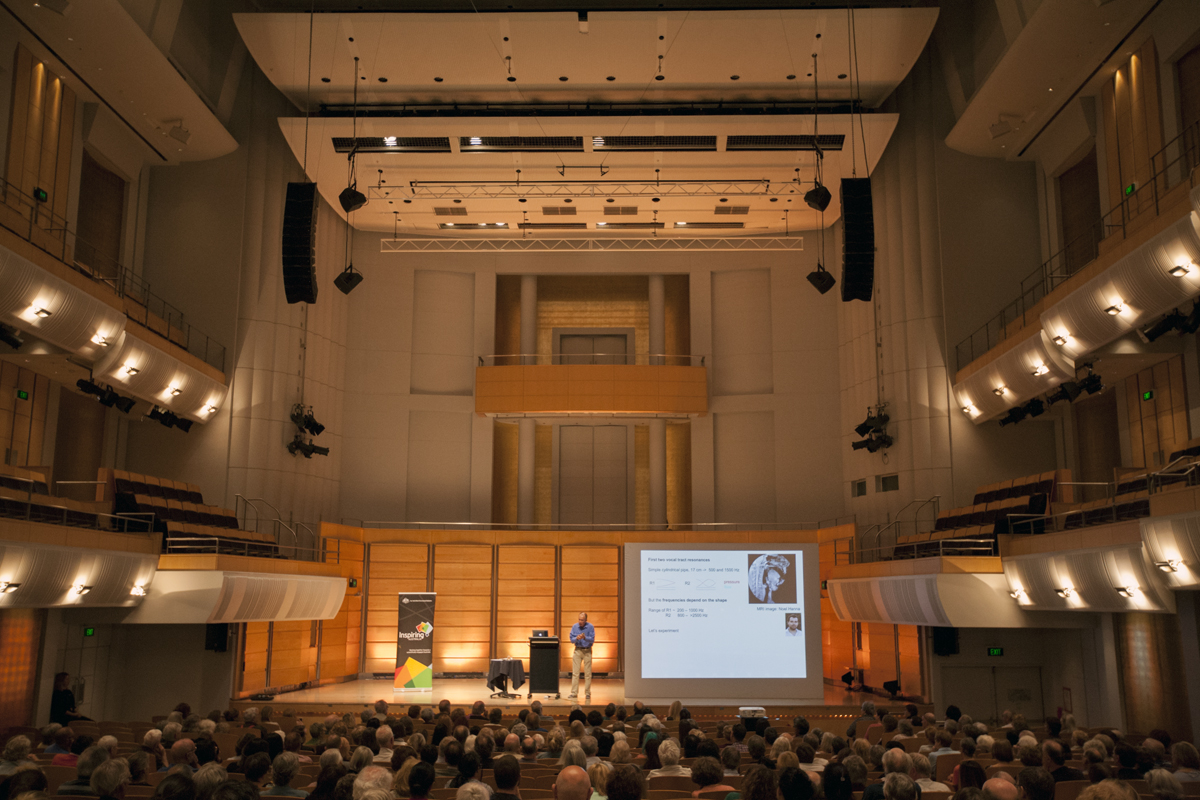 With the support of $140,000 from the Inspiring Australia (NSW) Year-Round Grants Program, community members across New South Wales will again have access to cutting edge science through a diverse range of community-led events in 2018. From walks and talks outdoors, library seminars and funghi forages to an electric vehicle festival, a water and sewer expo, a virtual reality showcase and more, the NSW network of NSW Regional Science Hubs will host dozens of regular, science-themed activities and events next year across the entire state.

From the Bega, Riverina and Orange, Cowra, Cabonne regions to the Hunter, New England and Northern Rivers, NSW Regional Science Hubs are creating more opportunities for people to interact with science and technology professionals in new and memorable ways. Among the venues hosting the 2018 events are bars, libraries, parks, sporting fields, regional galleries and museums.

We are excited to welcome two new Science Hubs at Sydney Olympic Park and on the Coffs Coast who will join the network to deliver regular events in their communities. Eleven other local partnerships will again present entertaining and educational programs.

Also returning to present a second season of free science and music events is City Recital Hall, whose popular lunchtime Sounds Like Science series has been a standout success this year. In 2017 scientists and musicians canvassed topics from physics and neuroscience to singing and concert hall accoustics. Among guest speakers for the 2018 program are a surgeon, a neuroscientist, a cosmologist, mental health researchers and an evolutionary biologist.

A new Science Hub will be established for the Coffs Coast region in 2018. Led by the Centre for Ecological Learning in Bellingen in partnership with the region’s Community Arts Council, the Bellingen Shire Electricity Alliance, OzGREEN Global Rivers Education Network, Bellingen Chamber of Commerce and Cascade Environmental Education Centre, the Science Hub plans to present a series of workshops and community science forums that encourage community members to explore, appreciate and adopt sustainable behaviours. The program will be accessible to a wide and varied audience of people in the Bellingen, Nambucca and Coffs Harbour Shires.

The Hunter Innovation and Science Hub

The Hunter Innovation and Science Hub will again present a variety of science and technology exhibitions and workshops throughout the Hunter region in 2018. Among offerings already planned for next year are: science shows that celebrate the 20th anniversary of SMART; the Electric Vehicle Festival; a water and sewer expo presented with Singleton Shire Council; various workshops at Maitland Museum; a Statistics is Everywhere public seminar and display; The Newcastle Time Walk – Volcanoes, Coal and Fossils; a Fungi Foray in the Hunter Region Botanic Gardens; and a series of four science discussions in East Maitland.

Sydney Olympic park will launch a new public program featuring Indigenous art, science, and technology. On the program will be activities that showcase augmented and virtual reality and other STEM-based delivery modes, and activiyies that allow  community members the unique opportunity to learn about and engage in Indigenous culture.

Led by Dungog Community College, the 2018 program will include numerous talks, challenges, festivals, and hands-on activities. Topics already in planning include Drones & Seeds and Koalas. Other useful science talks on everyday topics include Environmental hazard science and Dealing with ticks. There will be an adult Science & Engineering Challenge, Botanical and Geology field days and an Allyn River Fungi Foray led by the National Parks Association. A local Science Week Festival will include screenings of the Scinema Film Festival. The group will also present hands on Bird Week events that include fieldwork, installations and BBQ.

The region’s popular year-round Science walks science talks program continues with  science experts addressing local issues and values to engage the community in innovation, education and STEM. Among 2018 offerings will be science in the pub talks, an art competition and other events outdoors that build on the group’s successful and well attended event series delivered over the previous two years.

The New England North West Science Hub will continue its successful Science in the Club series. 2018 themes will include botany, technology, and forensics. A total of eight sessions will be presented throughout the year, each one livestreamed. A highlight will be three nights of science presented as part of the international Pint of Science  pub science festival in May.

Wollongong Science Centre will continue to present its popular evening events for adults aged 18 years and over. 2018 themes will include surfing, astronomy, bush tucker and other Indigenous science and the science of whiskey. The Centre hopes to attract new audiences to its refurbished venue, adding a STEM flavour to the region’s evening entertainment line up.

Following successful and well-attended events held in National Science Week over the past two years, the Australian Botanic Garden Mt Annan will led the region’s Science Hub and invite the community to enjoy its superb facilities on a regular basis. Among numerous events planned for 2018 are Secrets of the seed vault and Plant Bank party as well as a number of open weekends, astronomy nights and Indigenous activities.

Joining the Western Sydney Science Hub is The Joan Performing Arts Theatre that has recently established a new Friday night program of science themed events. These pop-up scifi events will continue in 2018 with a new program of talks, installations and exhibitions. Science themes to be addressed will include DNA technology, space travel, sustainability, anatomy and disease and sci-fi film.

Building on the success of this year’s program, the Riverina Science Hub will present another jam-packed series of monthly science events throughout the Riverina region. 2018 events will include: a Science of the Backyard Sustainably series: Bee Hotel, Happy Chook House and Edible Gardens; Nerd Nites – a series of pub talks targeting young adults; The Art Of… – a look at art and science over three sessions themed Micro Memento Mori: Botanical Illustration at the Museum of the Riverina; and a series of botanical science workshops.

In partnership with Winmalee Neighbourhood Centre and the Springwood Country Club, the Blue Mountains Science Hub will showcase five Science at the Local events in 2018. On the program will be expert scientists addressing these themes: Extending The Lifespan… Forever?; The Latest On Climate change; Do We Really All Need To Learn To Code?; Indestructible Tardigrades; and You’re Absolutely Radiant: The Science Of Radiation. Each event will be accompanied by a podcast containing interviews with guests and further information.

In 2018, City Recital Hall will continue its successful program of free lunchtime science and music talks. Esteemed musicians and scientists will come together to address these themes: music in the operating theatre; music and the cosmos; music and mental health; music and memory; and music and evolution. Each session will feature a leading scientist on stage with a musician to explore topics from the unique place where science and music meet.