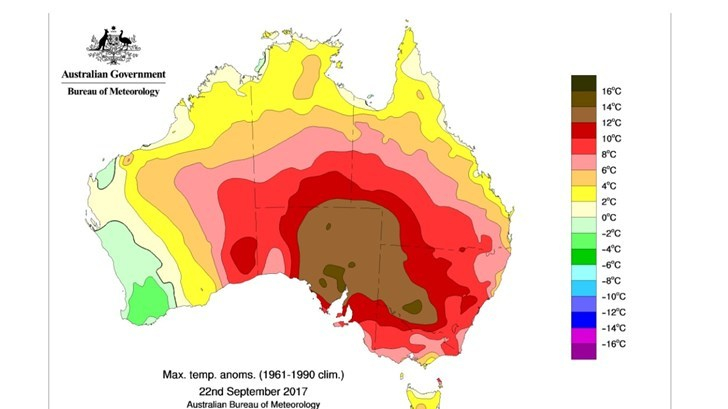 The research behind the project began by surveying every TV weather presenter in Australia that identified strong interest in including climate change information in their bulletins.

The strongest trends in the survey, which had a 46% response rate, included:

Television is still the single largest news for Australians.

When we also consider that social media and apps are increasingly used as the interface for clips that are first produced for TV, social media is not a challenge to mainstream media content but an augmentation of it.

Professional TV weather presenters are an exclusive group, but there are only 75 engaged to cover Australia’s 31 media markets. However, this means they are able to attract a large following and are uniquely positioned, highly trusted sources of information. Weather presenters are also highly promoted on billboards and station advertising.

Trust, the impartial nature of weather and Australia’s obsession with the weather provides presenters with unique platform to present climate information. But first, an operational structure needs to be put in place.

To do this, the Climate Change Communication Research Hub is researching and building an archive of broadcast-ready ‘climate communication packages’ that networks can draw on based on calendar, anniversary and themed packages of climate events and climate science.

To make these packages readily available to the TV networks is one step, but networks have to be re-assured that there is a demand for such information.

So what do audiences think about programming such information?

In a second study, conducted in November and December, we surveyed 750 capital city TV viewers to record their interest in climate information in news bulletins. Capital city audiences were targeted as they are of the most interest to the large broadcasters, but regional audiences will be surveyed later.

The findings from the survey revealed that:

If other channels presented information on climate change when a viewer’s main channel did not, 57.43% of the audiences said they would switch their news program.

Viewers reported that extreme weather was the most important kind of information they were interested in, with the top five being: powerful storms, heatwaves, floods, bushfires and tropical cyclones. Local climate projections and historical data were favoured over national and global data for future projections and for historical information.

Questions remain as to whether viewers would like to see such information integrated with the weather segment or as a separate news item on a regular basis. But what is clear is that climate information is a market share opportunity for the free-to-air networks.

Moreover, the networks know that weather presentation works by building trust from audiences. The leading networks with presenters trained in meteorology have amongst the highest audience following, and bringing in climate science will only increase audiences.

Some of Australia’s leading weather presenters will be attending a workshop at UNSW organised by Monash University and the Australian Meteorological and Oceanographic Society in Sydney.

When: Sunday 4 February from 2 to 4 pm
Where: Colombo Theatre A, Colombo House, UNSW
Cost: Free