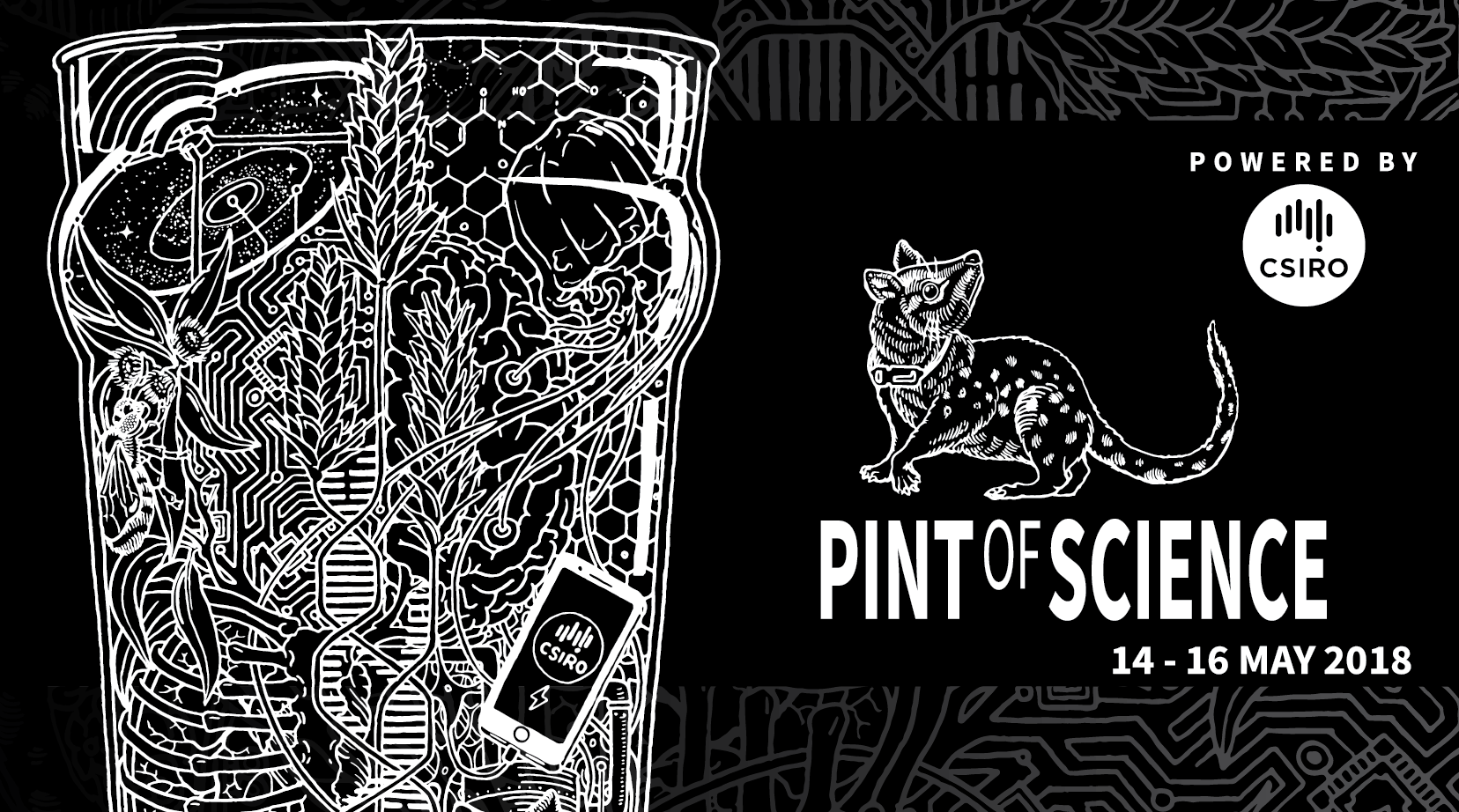 Pubs across the country will host some of our brightest science minds from May 14 to 16. Join them in a bar near you to talk about their scientific research findings over a pint (or two). Pint of Science will be celebrated in a record 21 countries this year, and Australia’s east coast will host the first events of 2018.

Pint of Science Australia Co-Director, Jirana Boontanjai, said that the volunteer-run festival was a great way to celebrate the contribution and the passion of researchers who drive innovation.

“We want to show Australians all the interesting research happening right here in our own backyard. I am particularly excited by our partnership with CSIRO, which has helped us to build a fantastic program of talks showcasing the world-leading research that happens right here in Australia.

“Pint of Science is all about having researchers connect with their local community in a familiar, relaxed setting – the pub. We strongly promote diversity in our festival and are proud to feature speakers from a range of disciplines, career stages and genders.

“This will be our biggest festival so far, with more talks and events than ever before. But we’re still growing, and in the future we hope to put even more science on tap in local pubs across Australia,” Ms Boontanjai said.

The 2018 Pint of Science Australia festival is powered by CSIRO, Australia’s national science agency. This year, events will be held in 32 pubs in 16 locations across Australia, from capital cities to regional centres and rural towns, talks will cover a range of scientific disciplines that impact our daily lives – including biotechnology, astronomy, climate science and ecology.

You can attend twelve fantastic Pint of Science events in delivered in four Sydney pubs over three nights.

You can also catch Pint of Science at these regional locations:

The Armidale event is organised by the region’s Science Hub and will see each night augmented with trivia and prizes and a five-minute thesis competition, where local post-graduate students from the University of New England will also have the opportunity to share their research projects with the audience! Find out more on Facebook.

Tickets are now on sale. For location and program details, and to purchase tickets, visit Pint of Science