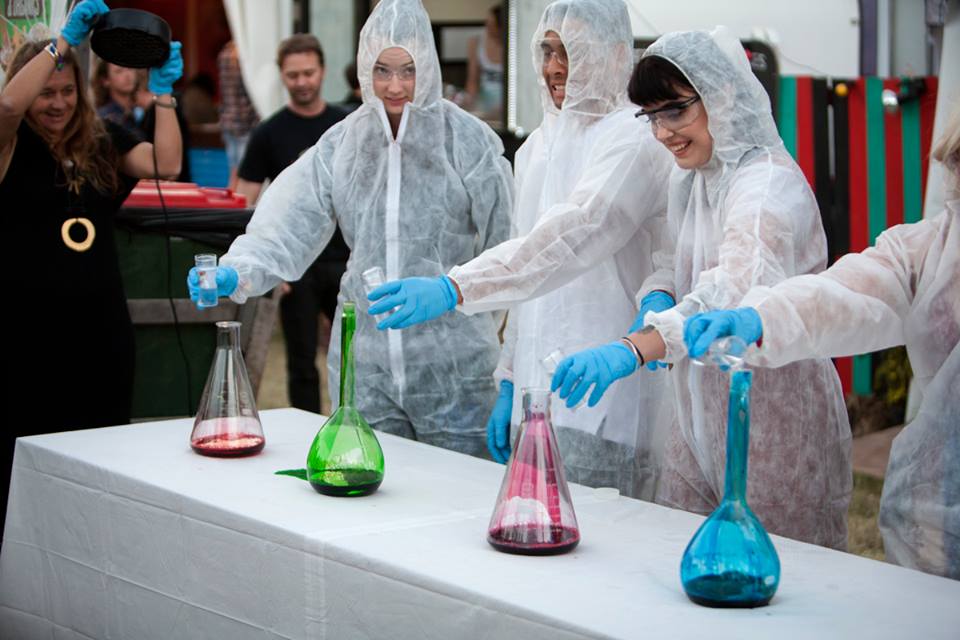 After its mind melting debut in 2017, the Science Tent returns to Splendour in the Grass this July with three days of rocket fuel for your brain. From 20-22 July 2018, festival goers can hear from Australia’s up and coming science talent and engage in slimy, stretchy and explosive encounters.

Drop in to the Science Tent to talk to experts about everything from what humans have in common with slime moulds, how we can learn from ants and bees and how sharks relate. Who said science and music don’t mix?

Get hands on with:

Feed your mind by:

The University of Sydney’s Dr Alice Williamson will liven up the 2018 Science Tent with chemistry.

This year’s full line-up will be announced soon, with a number of high-profile special guests joining the Science Tent, including these rockstar researchers from Southern Cross University

From The University of Sydney you’ll meet:

From Griffith University, be amazed by:

From Walter and Eliza Hall Institute, catch the latest in cancer treatment with:

From Australia New Zealand Gynaecological Oncology Group, be informed and entertained by

The Science Tent is produced by Inspiring Australia (NSW), Southern Cross University and Fizzics Education in partnership with Splendour in the Grass and with participation from dozens of research experts from universities across Australia.

The Science Tent full program will be announced in late June on the Splendour in the Grasswebsite. #scienceinthegrass #SITG18