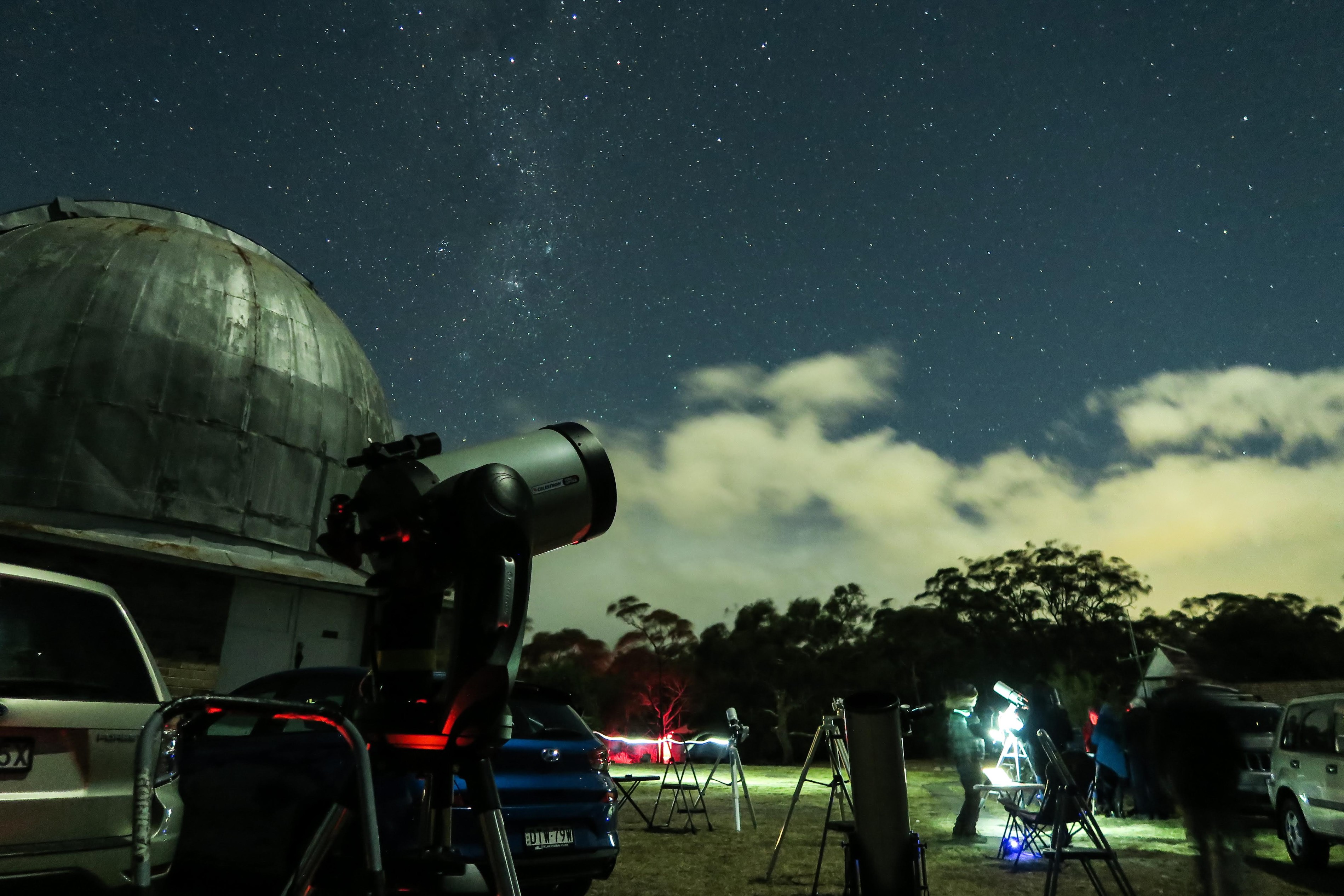 Historic Linden Observatory played host to a special astronomy-themed open night, with around 100 people attending a free event organised by Inspiring Australia’s Blue Mountains Science Hub lead, Science At The Local. Visitors enjoyed guided tours of the site and its centrepiece, a 61 cm reflector telescope built under a dome by renowned engineer and telescope maker Ken Beames, who founded the Observatory in the 1940s.

The site is now a dark sky haven away from the bright city lights, popular with amateur astronomers such as the Western Sydney Amateur Astronomy Group (WSAAG).

On Saturday 15 September 2018, members of the Group brought their telescopes and helped visitors to view a number of celestial objects such as Venus, Saturn and its rings and the polar ice cap on Mars.

“Both parents and children were excited to see the detail on the planets, with Jupiter and Saturn being the favourites I think,” said WSAAG member Robert Horvat. “They were a keen and receptive crowd and there were lots of “wows” for the views through our scopes.”

This was the second of two events at the Observatory organised by Science At The Local.

“We’re thrilled to have been able to play a small role in helping community members learn about such an incredible resource,” co-convenor Kevin Joseph said.

“Science at the Local is as much about bringing people together as it is about science communication. Even the rain couldn’t keep people away!”

In 2010, Linden Observatory was added to the NSW State Heritage Register and is now being developed by Trustees as a centre for astronomy and astronomical education. Visits are currently by appointment only.

Images courtesy of Peter Nosworthy. Science at the Local is supported by Winmalee and Springwood Neighbourhood Centres, Inspiring Australia and the NSW Government. For more information including about upcoming events visit Facebook.