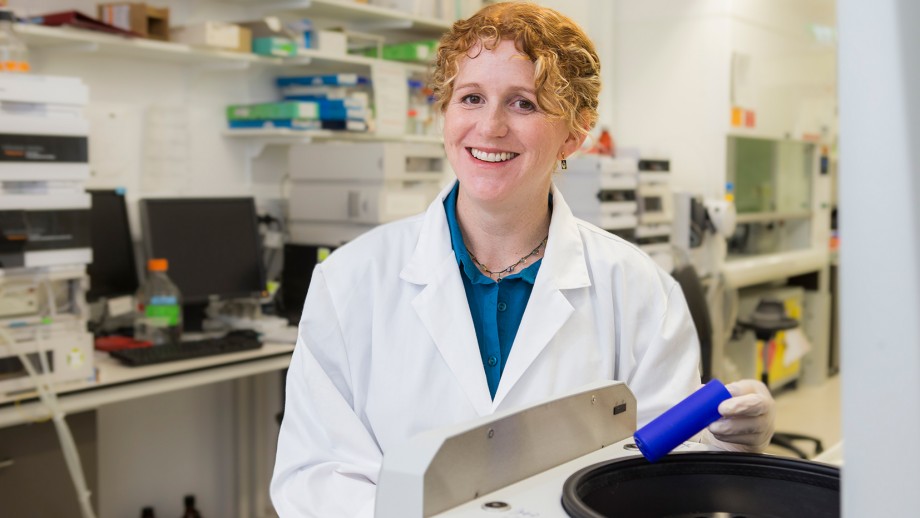 On Friday 17 May, Dr Ceridwen Fraser, an Associate Professor in the Department of Marine Science at the University of Otago, New Zealand, will present her perspectives on opportunities for women in marine science and Antarctica in an online forum. Dr Fraser will join Ian Campbell from About Regional in a wide-ranging conversation that all are welcome to join online.

Dr Fraser, who is studying the local seaweeds from the Sapphire Coast region, writes: “As plants and animals move to different areas to escape rising temperatures, populations at the edge of where they can survive are under a lot of pressure. They’re really living ‘on the edge’, where it’s almost too hot for them to cope.”

“For example, as seaweed species move south with global warming (in the Southern Hemisphere, moving south generally means moving to colder areas), the most northern populations for each species are doing it hard.”

“We can look at these questions using genomic (fancy genetic) methods, comparing species near range edges to species in the central part of species’ ranges. That’s what we plan to do with the kelp collected from near Tathra – it’s a species that doesn’t grow much further to the north.”

“So we will compare the genetic structure of those northern limit populations with populations in Tasmania. To do this we collect a bunch (~30) of samples from each location, at a few different locations along the east coast, and then extract DNA by grinding up the tissue, and using chemicals to get the DNA out of the cells.”

“Then we can look at the patterns in the DNA to see there are more mutations in some populations than others, and whether there are other important genetic differences between edge and central populations.”

The image above shows Luke Brown, a Bournda EEC teacher, sorting through seaweed samples collected at Tathra and Turingal Head near Bournda for research being conducted by Dr Fraser in the Department of Marine Science at the University of Otago, New Zealand.

Sending seaweed to another country presents its own challenges, requiring a permit to import biological products from the NZ Ministry for Primary Industries and an official letter from the University.

Bournda EEC Principal Doug Reckord encourages anyone with an interest in marine science to check out the fabulous program on offer at the Sapphire Coast Marine Discovery Centre’s 10th Annual Marine Science Forum in Merimbula on Saturday 25th May.