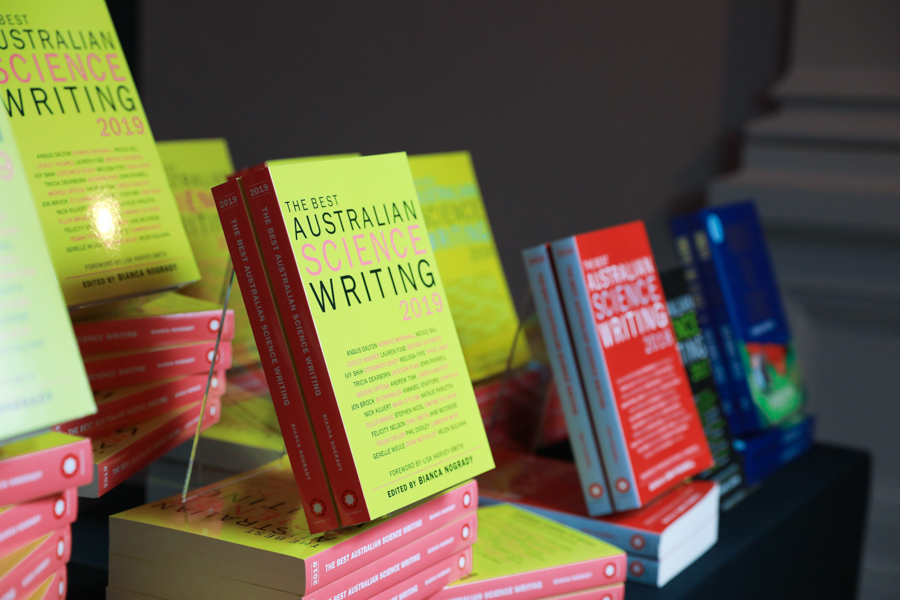 An ode to the clitoris, and the extraordinary Australian scientist Helen O’Connell who has almost single-handedly brought the clitoris out of the closet, was the winner of the 2019 Bragg UNSW Press Prize for Science Writing.

The $7000 prize – won by Melbourne journalist Melissa Fyfe for her feature ‘Getting Cliterate’, published in The Good Weekend – was announced on November 7 at the launch of the 2019 Best Australian Science Writing anthology in Sydney.

The two runners-up for the prize were Cameron Muir for his Griffith Review essay on Lord Howe Island seabirds feeding plastic to their chicks, and to CNET science journalist Jackson Ryan for his feature on how CRISPR gene editing technology could avoid the deaths of six billion male baby chickens each year.

The Best Australian Science Writing anthology is now in its ninth year of publication by New South Books. This year’s edition features articles on everything from the secret life of krill to the violent cosmic spectacle of a star being devoured by a black hole.

Astrophysicist and Women in STEM Ambassador Professor Lisa Harvey-Smith wrote the foreword for this year’s anthology, and at the launch she spoke of how she has ‘caught the bug’ of science writing, publishing two books of her own in recent years.

Climate change, and its consequences for all life on earth – human or otherwise – featured prominently among this year’s submissions and the final selection. One of the Bragg Prize shortlistees Helen Sullivan wrote of how the tiny Heron Island in the Great Barrier Reef is reckoning with the precariousness of its existence in the face of coral bleaching and rising seas. Another shortlistee for the prize – Macquarie University’s Professor Lesley Hughes – wrote with great poignancy about how climate-change scientists are the only members of the scientific profession who hope that they’re wrong.

At the launch, NSW high-school student Arwyn Stone was also awarded the UNSW Bragg Student Prize for her essay on the science – or lack of – of period and fertility trackers.

The anthology was edited by freelance science journalist Bianca Nogrady, who spoke of the incredibly high standard of science writing being done by Australian writers. There was a record number of entries for consideration, which is testament to the growing strength and capacity of science writing in Australia.

The 2020 edition of the anthology will be edited by science journalist and editor Sara Phillips, and the entry window for submissions will open in December and close in March 2020.