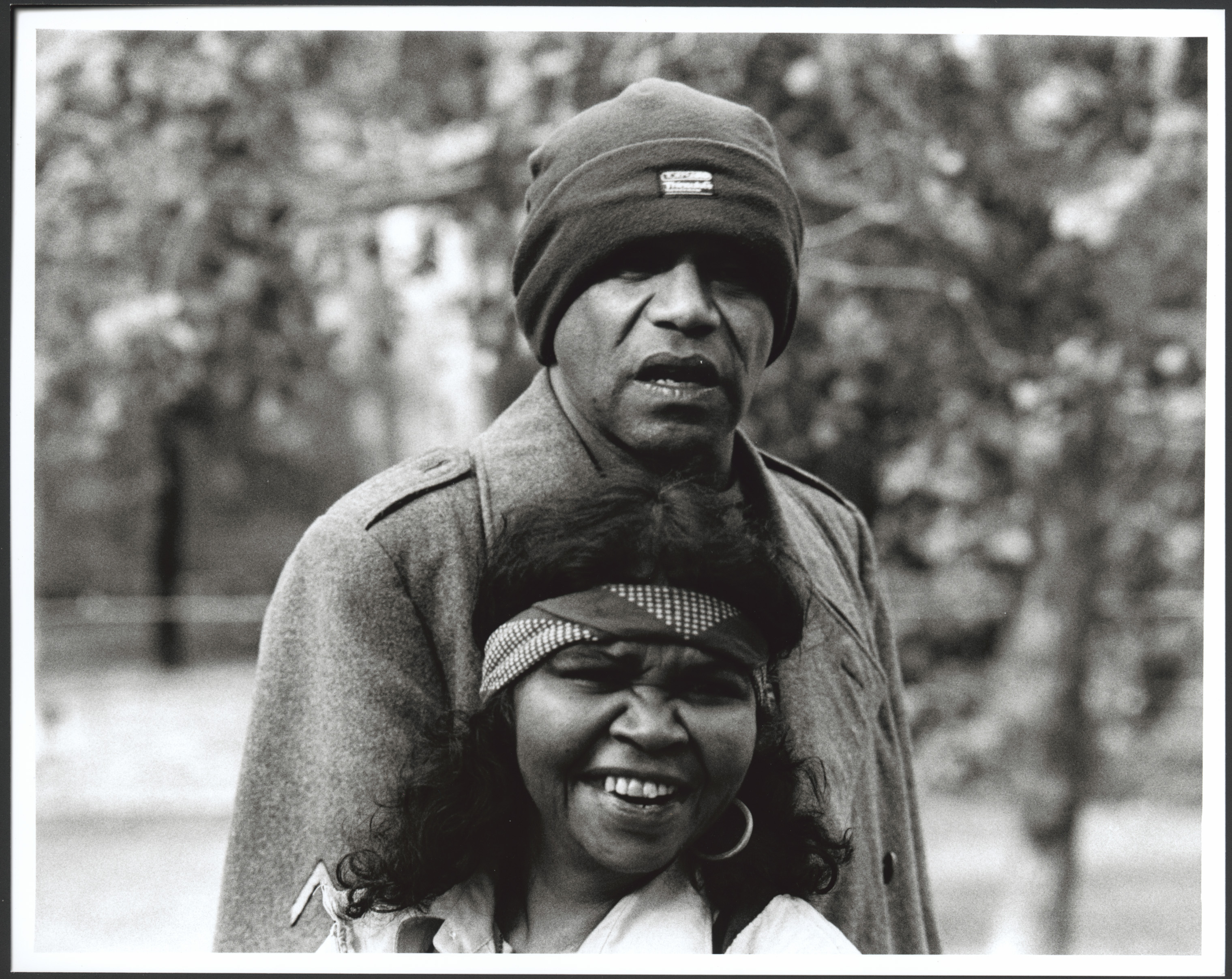 Wash My Soul in The River’s Flow is a new feature documentary screened at this year’s Sydney Film Festival that tells the story of celebrated First Nations singer-songwriters, the late Ruby Hunter and Archie Roach.

Based on their landmark 2004 concert, Kura Tungar: River Songs and Stories, a collaboration between Hunter and Roach working with Paul Grabowsky and the 22-piece Australian Art Orchestra, the film goes behind the scenes at the concert and onto the stage, telling a remarkable love story in song.

Using footage combining conversations, rehearsals, and the opening night, with breathtaking images of Hunter’s Ngarrindjeri country in South Australia, the film is a portrait of artists at the peak of their powers and a profoundly moving story of loss, love and what it means to truly come ‘home’.

A Ngarrindjeri, Kokatha and Pitjantjara woman, Ruby Hunter was born in 1955 by a billabong on the Murray River. She started her life in the semi-traditional way, learning Ngarrindjeri language and customs, but in 1964 she was stolen from her grandparent’s home in the Coorong. Split up from her siblings, and sent to a children’s home, she was later fostered.

A Gunditjmara/Bundjalung man born in Mooroopna, Victoria in 1956, Archie Roach was taken from his family at the Framlingham mission, moving from foster family to foster family, before settling with the Cox’s who had emigrated from Glasgow, Scotland to Melbourne. Archie’s love of music blossomed in their home, with their daughter teaching him the basic rudiments of piano. In his teens, a letter from a sister he didn’t know he had, about the death of his mother, sparked an angry search for his real identity and he left the Cox home at fourteen, never to return.

Archie met Ruby when they were teenagers, at the People’s Palace, a cheap
accommodation hostel run by the Salvation Army in Adelaide—she had also gone in
search of the family she had been stolen from.

“I can still see her in my mind today. I can see the look on her face: intense, intelligent and kind. I can see her eyes: wide, deep and dark brown and I can see the most beautiful round cheeks I reckon I’ve ever seen, all framed by waves of dark hair. I can see her blue dress cut just below her knees, and a white cardigan, and matching white socks disappearing into black shoes. She looked about my age. Our eyes met and then averted,” said Roach.

Through the love Archie and Ruby discovered in each other, they turned their lives around. Wash My Soul in The River’s Flow is dedicated to Ruby Hunter.

In raising finance to produce Wash My Soul in The River’s Flow, the film-makers wanted to make a documentary that honours the magnificent song writing and performing talent of Ruby Hunter and Archie Roach. They also wanted to invite audiences into the world of the rehearsal room and to explore the stories and issues behind the songs.

“We hope to connect audiences not only to the thrill of creating music but the specific and unique experiences of Archie and Ruby. From this, we hope to draw attention to the need for young First Nations artists to be given opportunities to express and explore their life-story, as well as develop their craft and artistic practice.”

“This inspiration and practical support will result in more opportunities and outlets for First Nation music – through live performance and streaming. There will be a greater appreciation for the significance and importance of these stories – to inform and heal and to celebrate Indigenous artists and instil pride in the culture and creative output.”

Read their pitch to the Australian Documentary Foundation

Director Philippa Bateman co-produced the documentary with Archie Roach and Kate Hodges to create a moving portrait of the artists at the peak of their powers and a cinematic musical journey into the landscape of soul.

“All those years later, soaking in the rushes, I was blown away by the sublime artistry of Archie Roach and Ruby Hunter. It was thrilling. My first intention in making the film was a strong desire to share and celebrate their talent with the world,” said Bateman.

“The longer I sat with the footage and listened, also striking was the truth of what Archie and Ruby spoke about as survivors of the Stolen Generation, their mythic love story in the face of such hardship, and their plea that we care for Murray River threatened by environmental destruction. All this was as germane in 2020 as it had been in 2004.”

With Roach and Hunter’s family on board and producing partner Hodges, filmmaker Ian Darling at the Shark Island Institute funded the first stages of development. He also joined the team as Executive Producer alongside First Nations singer-songwriter Emma Donovan.

In an interview, Donavan told Create NSW that throughout the making of this documentary, she rediscovered how much Aunty Ruby is teaching in her songs.

“I learned more about her massive connection to the river and the way that she teaches blackfella way with her song introductions. Some of the songs are classics and her cheekiness and cleverness in bringing the story and song together – no matter who is in the audience, connects us all as one.”

“I trust Uncle and Aunty’s knowledge and their story, which I have had a good dosage of – and I really threw myself deeper into the real story and the heart of where they come from within country. It is through this trust in myself and my knowledge and family connection that I was able to work wisely with the director to bring all the pieces together. A lot of the decisions came back to me connecting it to my own family and how I would want my loved ones to be portrayed, ” said Donavan.

Text and image of Archie Roach and Ruby Hunter courtesy of Enigma Machine, producer of the documentary. Learn more at Wash My Soul in The River’s Flow.