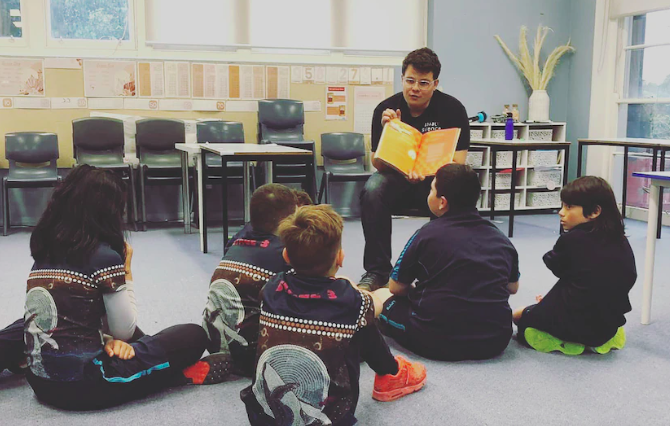 In receiving the prestigious OAM for services to Indigenous STEM education, Corey expressed gratitude for the wonderful support he has received over the past few years as the founder of Deadly Science.

“It’s a huge honour but also a responsibility,” he said when speaking about the award to the local newspaper in his hometown of Port Macquarie.

Corey told the ABC that the award is really a credit to all the people that have supported Deadly Science and “… supported my crazy idea of packing STEM resources up and sending them to remote communities to get kids involved in STEM and making it OK to love science when we push Aboriginal and Torres Strait Islander people towards sport and art.”

“As an Aboriginal man it’s very rare and I’m not an Olympian or a sports hero … so again it’s triply as rare and that means it’s a responsibility … to use this moment to share and encourage people to nominate other young people that are working in our community that are doing incredible work – and elders as well.”

Corey, who is also the 2020 NSW Young Australian of the Year, said he hoped the award would inspire others.

“If I can show that young people and also Aboriginal and Torres Strait Islander peoples can do really good work in the community and these honours can be attached to it and they can be used to promote the good work that they do in community then that’s what I what to use the award for,” he said.