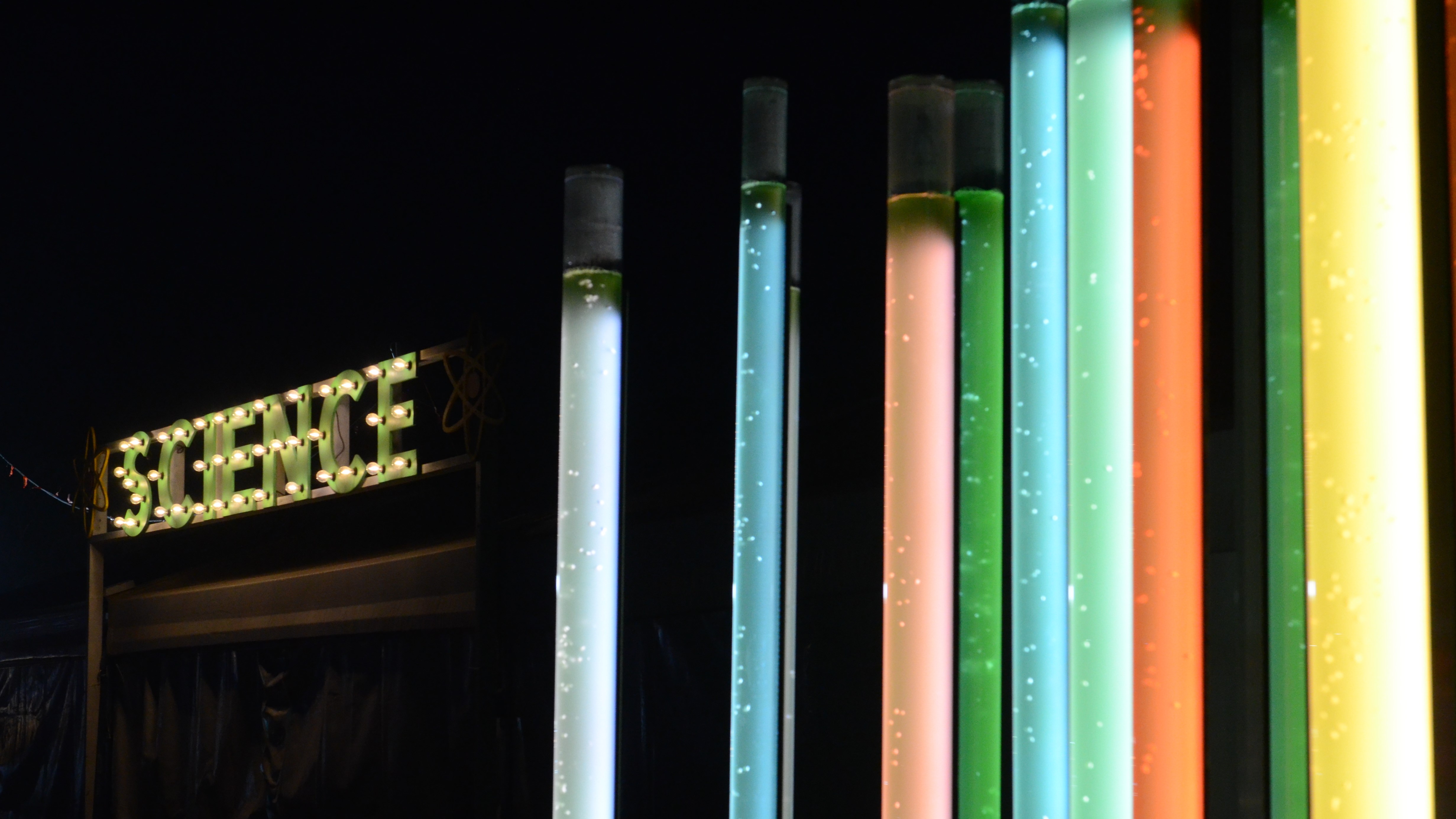 The Science Tent at Splendour in the Grass is back and more explosive than ever. An interstellar lineup of researchers, science communicators and science comedians is ready to ignite and excite even the most chilled of minds. With a lineup that explores science extracted from universities, brewers, hackers, improv theatre and everything in between, this year once again promises to entertain the diverse audience and bring science to the festival arena.

The 3 day festival hosts up to 135,000 young people in a extravaganza of music, arts, camping, comedy and science. With a reputation for breaking down big ideas into festival-size little morsels, the Science Tent has earned its place in the pulsing hearts of the  festival crowd. Friday to Sunday will see themed sessions push the boundaries in science communication, honing in on the important topics for young people and using humour, interactivity and relatability to allow them to really engage with the program and the brilliant minds gracing the stage.

Never ones to shy away from the juicy topics, the Splendour goers can step inside the tent for some sex-ed and to discover more about their bodies with Dolly Doctor, figure out where they are going wrong with their online love life, and ponder the importance of sustainability in a live dating show Climating! He might be cute, but are Costa’s climate values the same as yours?

Things are not only getting frisky but also risky, with the Sex, Drugs and Algo-Rythyms session exploring all kinds of risk. How using numbers can help to suss out daily life and the dating scene, the plausability of ‘safe’ regulation of drugs and the risky frisky game of spider sex. It would have to be worth it, if you know that you’re going to get eaten afterwards?

Dive deep into curiosity and explore the science behind “Jurassic Park”, as dinosaurs, volcanic eruptions, and evolution take a main stage. Join in on some of the on-the ground activations with a cyber tune-up by cyber-experts, and  “The Climate Assembly”where ABC Science and Triple J Hack will take your bright ideas about climate to real climate scientists.

There’s also magical beasts, mushrooms and yeasts, egyptology gastronomy, a masterclass in the science of delicious beers and how they can save the planet. Not to mention science comedy improv, the immersive Atomic Choir combining music, sound and science, a journey through Hollywood to learn how to hack, and so much more.