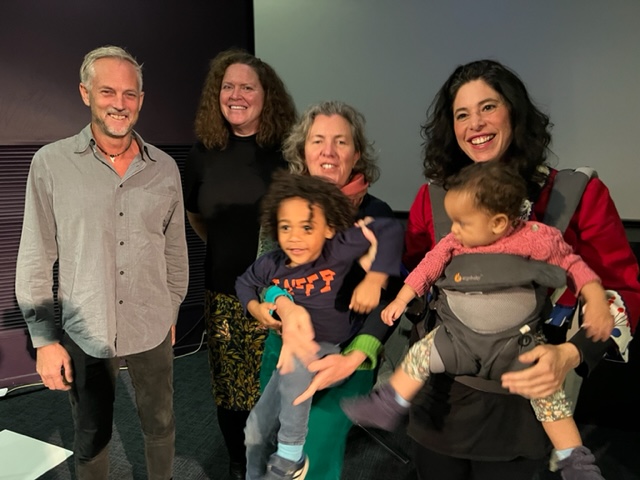 “The ocean is the mother of all life on earth. It is imperative we start caring for our oceans before they are, by our own carelessness, damaged beyond repair,”

“We need to maintain the integrity of the ocean and the life it supports. This award is a small but important step towards protecting the health of over 69% of our planet. I sincerely thank everyone who applied for the prize and who work to conserve the wellbeing of our oceans. In doing so you are helping to protect all life on earth now and into the future.”

The Prizes announcement was followed by an insightful conversation between the Museum’s Ocean Curator Emily Jateff and marine scientist and Antarctic researcher Professor Chris Turney on the ocean’s potential to mitigate the impacts of climate change if we act now.

The inaugural major prize was awarded to Jason Iggleden of DroneShark, a platform that publishes real-time drone footage that enables ocean lovers to get to know local sea-life. DroneShark has been instrumental in changing perceptions about sharks in Sydney waters. Jason’s striking images have attracted a huge following as they create intrigue and wonder with human and marine interaction.

Jason also shares DroneShark data with scientists such as Dr Vanessa Pirrotti, and shares useful information about marine activity with the local life guards. He plans to develop the DroneShark platforms in ways that will connect young people with the ocean.

The City East Prize was awarded to Miriam Lieberman for a song writing project Love Letters to the Ocean. Miriam is an award-winning musician who is developing an ocean literacy project to foster a sense of personal connection, love, wonder and protection of the ocean in young children.

Love Letters to the Ocean will include workshops in selected local early childhood education centres and primary schools and will culminate in a performance and display at The Volvo Ocean Lovers Festival in March 2023.

“Engaging and empowering the younger generation to treat our oceans with respect and care has never been so vital,” said Miriam, who is a keen ocean swimmer.

The City East Prize was awarded to Joseph DiBattista, a NSW Senior Research Scientist and Curator in the Ichthyology Section at the Australian Museum. Joseph plans to continue collecting data on marine life in southern Sydney Harbour and encourage citizen science to increase engagement with the community by installing ‘seahorse hotels’, small sanctuaries where the sea horses can thrive in the wild.

This will assist with the recovery of the threatened White’s Sea Horse. Collected data will be used to assess the suitability of certain harbour sites as future release locations for captive bred seahorses as well as restoration of their natural habitat in these zones.

“Valerie Taylor is an inspiration in the marine conservation space,” said Joseph. “I am honoured to be a recipient of this prize. I have hit the ground running as I started the monthly seawater sampling to detect the shed DNA of all the critters that live at two of our study sites in southern Sydney Harbour today!”

Speaking on behalf of the judging panel, local Bondi artist and organiser Merran Hughes said, “We were so impressed by the quality of applications for the Valerie Taylor Ocean Protection Prizes and wished that we could support more of the incredible ideas put forward to mobilise ocean sustainability.”

The Valerie Taylor Ocean Protection Prizes have been established to raise awareness about the urgent need for ocean care – from addressing issues like plastics and pollution in the ocean, to caring for the fragile marine eco-systems around Sydney’s beaches. This annual prize will run throughout the United Nations Decade of Ocean Science. For further Information visit www.blueworld.net.au and follow the Prizes on Insta at blue_world_bondi