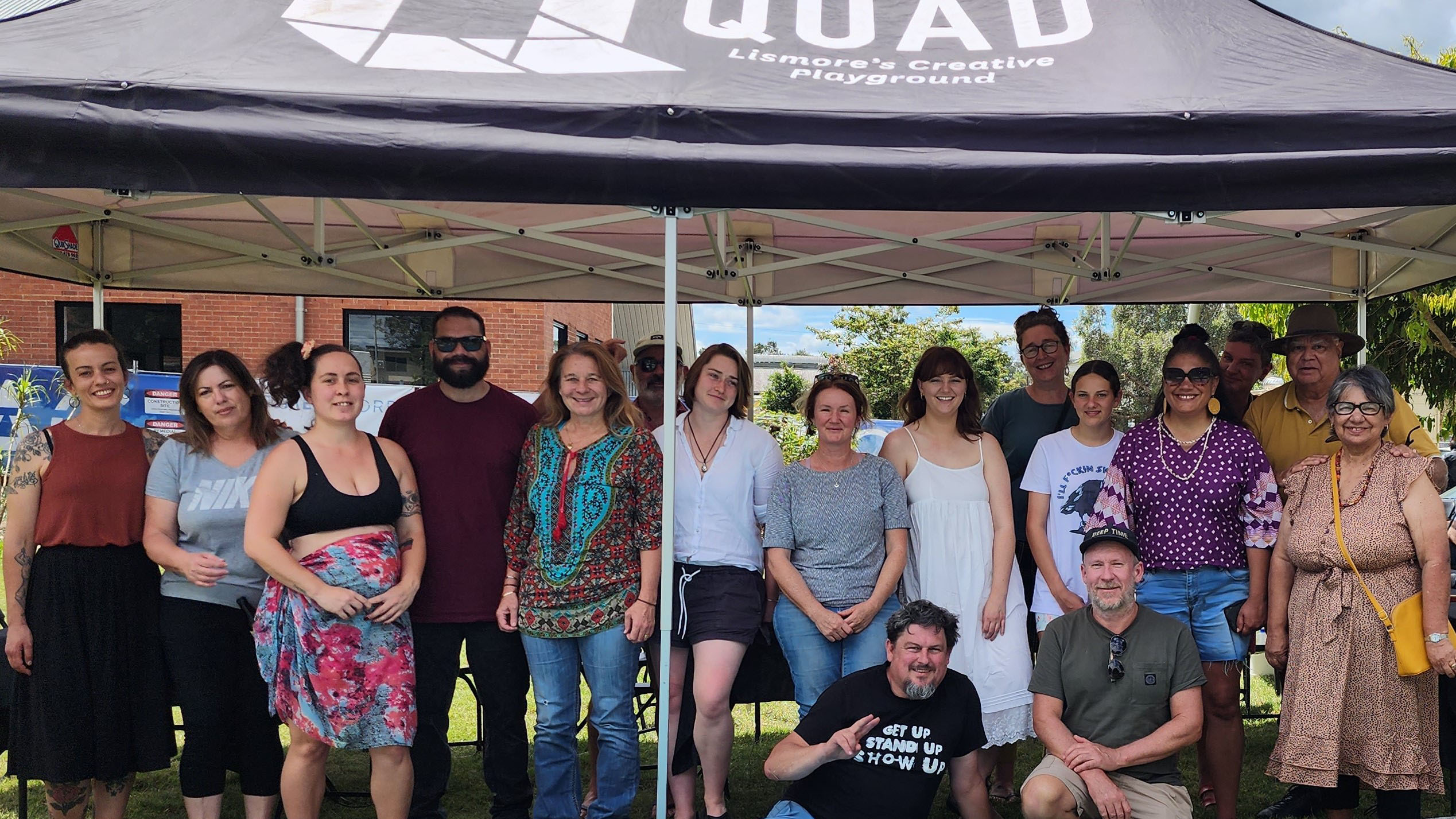 Recently around 40 community members gathered in the Lismore Quadrangle at an event presented by Our Place Our Species. This was a chance for young people to connect and share stories about native bush plants within the local Wibjabul Wia-bul region with elders, environmentalists and community members who are passionate about land and water care.

The conversation was led by uncle Mick Roberts, a Wijbabul Wia-bul elder who has lived in the Northern Rivers for most of his life. Uncle Mick began with a Welcome to Country, and then continued to share his own story of living on country – such as the times he used to eat the pigface plant at the beach as a kid and make sure that he would pick the right ones but not take too many.

After Uncle Mick the group heard from Andrew Rewald, an artist who uses his knowledge of ecology to highlight the importance of plant life and how we make sure that the environment as an ecosystem thrives. Rewald’s Plant Treaty installation in the Quad was the centrepiece of the event. The installation created an incredible visual presence for people to see and listen to as the artist spoke about his work.

Participants including representatives from Southern Cross University, Bundjalung Tribal Society and local community members who all connected by providing their own experiences as well as historical knowledge of the local area. Uncle Mick and Aunty Thelma Louise also provided historical information on recent Landcare projects with local First Nations’ input including the Banyam/Baigham Restoration and Cultural Awareness Project.

This community event has planted a seed for the next steps of the Our Place Our Species project and solidified a desire to create a local First Nations seasonal calendar from local knowledge at the next public gathering in the Summer of 2023.

A core group will begin working on the Widjabul Wia-bal seasonal calendar in late November. This will be followed by workshops led by Delta Kay and Clarence John Slockee in late January, and scoping towards an art installation developed and implemented by March 2023 that will feature work by local First Nations artists

Learn about Plant Treaty  and the Banyam/Baigham Restoration and Cultural Awareness Project, two initiatives mentioned by Uncle Mick Roberts and Aunty Thelma Louise during their talks.

Guest post by Mitch King, the coordinator of Our Place Our Species in the Northern Rivers.
Images: young people participating in the Lismore Quad event.