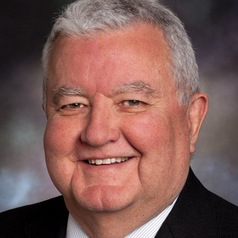 Australia’s Chief Scientist Professor Ian Chubb’s vision for Australia in 2025 is “a strong, prosperous, healthy and secure and positioned to benefit all Australians in a rapidly changing world.”

To this end the Chief Scientist has launched an essay series entitled Australia 2025: Smart Science, in which 12 senior figures will describe how their discipline can contribute to the Australia of the future.

In launching the series, Professor Chubb said: “We are told that Australia will need a diverse economy built on sustainable productivity growth, knowledge-based industries and high value goods and services.”

He argued that science and the knowledge it provides, along with its applications, will help us manage, mitigate, adapt or even discover solutions to the problems we know about, and allow us to tackle others as they emerge.

Professor Chubb reinforced the need to understand what is happening to our planet right now: to the oceans, the atmosphere and health, and we need the capability to innovate to make life better for more people.

He is calling for an interdisciplinary approach and asks why we take science for granted. Do we expect science to be there to solve problems as they arise without ensuring that today’s scientists have the best possible opportunities to produce the knowledge we will need in the future?

The Australia 2025: Smart Science series will be co-published fortnightly, on Wednesdays, at The Conversation and through the Office of the Chief Scientist.