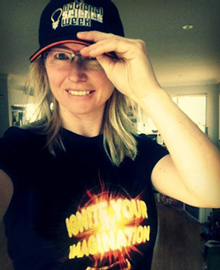 Communities across NSW will soon have the opportunity to enjoy many new science engagement activities created by the network of NSW Regional Science Hubs. Delivered by Inspiring Australia (NSW), the NSW Regional Science Grants program will provide funds of just under $80,000 to dozens of organisations that will again work together to present original and thought-provoking events in their communities.

Eleven projects will be funded this year to create an exciting range of science engagament experiences across the state from stargazing, film-making, lectures and informal science cafes to art installations, community gardens, hands-on activities and projects developed in partnership with Indigenous leaders. The purpose of the Inspiring Australia initiative is to promote community engagament with science by creating new opportunities for people to encounter science in places you may not expect. To do this Inspiring Australia (NSW) partners with a wide range of stakeholders including businesses and community groups who then collaborate with scientists from universities and research organisations so that more people can connect with scientific ideas in their own communities.

From the Ground Up
18-20 August, 2015
The Wirraminna Environmental Education Centre at Burrumbuttock, NSW, will play host to From the Ground Up, this year’s National Science Week offering from Murray Science Hub. This two-day event combines botanical art, environmental education and cutting edge 3D science. It includes discussions about Australian native plants and Indigenous medicinal and bush tucker plants, with a focus on the rare Corroboree frog. There will also be a botanical drawing workshop and a workshop showing the exciting process of 3D printing. Participants will create artworks that will then be curated and exhibited with the region’s Cargo: Art in Transit project and a film documenting all of these activities will later be on display at Albury Library Museum.

From the Garden: food, medicine and stories
From June to August 2015
Over three months, From the Garden: food, medicine and stories will combine seminars, an exhibition, workshops and the creation of a bush trail, bringing together local Elders, Indigenous and non-Indigenous academics and visiting scholars, students, artists and botanical illustrators to promote Indigenous science and to foster cultural pride. Through the collaborative research, design and construction of a bush food and medicinal plant trail at a community garden in East Armidale the Hub will create an ongoing public teaching site on Aboriginal culture and knowledge to inspire an inclusive and community oriented engagement with science. As with previous projects from this Hub, the initiative includes a lively talks program, artistic creations, a film and a three-month exhibition at NERAM.

Hunter Science Festival
August, 2015
Hunter Science Hub will again celebrate National Science Week with a week-long festival that includes a range of events and activities from its members including festivals, tours, workshops, science shows and guest speaker talks. A key goal is to show the fun in science, and demonstrate where and how the Hunter ties in with the scientific world. While the bulk of the festival is planned to take place in Newcastle CBD, satellite sites will be created to serve the most disadvantaged areas of the Hunter. Business and industry professionals will be encouraged to provide stalls, workshops, give talks and engage with stakeholders about what they do in relation to science. The Hub will also support the popular Electronic Vehicle Festival that showcases innovative futures for transport and promotes regional innovation and industry development while providing a fun and hands on platform for building capability and career directions for the region’s young people.

Field Days
17-19 August 2015
The Shoalhaven Science Hub based at Bundanon Trust this year proposes a series of Field Days in August 2015 that will bring regional high school students and science teachers, seniors groups and community groups to the Bundanon property to contribute to scientific surveys and learn scientific methods and processes. Led by scientists, university lecturers and students, and specialist facilitators, the day will centre on fieldwork activities in geology, bush regeneration, species preservation and biodiversity mapping. Participants will have hands on field work experience and carry out techniques such as flora surveys of riparian transects, geological mapping, bush regeneration types and monitoring, water catchment data collection and analysis, fauna habitat surveying and recording. The Field Days present an exceptional intergenerational opportunity at which youth and senior citizens can work alongside scientists to further their engagement and interest with science.

The Devonian Billabong is Alive
17-23 August 2015
The newly established Cowra Cabonne Science Hub is planning to present ‘The Devonian Billabong is Alive’, a creative project that involves a 3D re-creation of a billabong from the Devonian era in real time. The Hub will bring to life the unique Canowindra fossils for the first time, which have been described by David Attenborough as being ‘World Class’. Led by the Age of Fishes Museum, the Hub will host this project as a means for becoming a central focus for scientific endeavours in the region. In the longer term the Hub plans to involve primary, secondary and national tertiary students with a greater level of engagement in science as well as specific palaeontology related to the Canowindra fossils. A launch event will be followed by six days of animation workshops with artists, discussions and other activities to mark the creation of the new Cowra-Cabonne Science Hub and science week.

Café Scientifique & Science On the Road
From May to November 2015
With three Café Scientifique events planned for 2015, the Mid North Coast Science Hub is set to engage the locals at regional venues with sessions consisting of short and engaging presentations from leading scientists on a range of ground-breaking science topics followed by discussion. The dynamic Science On the Road program will also present two community days in Kempsey and Taree, with a line up of displays and interactive activities across a broad spectrum of areas of scientific study including environmental science, life sciences, physical sciences and indigenous science. Local businesses and industry will be invited to showcase their work in the scientific arena and to join presenters from local university partners and science organisations.

Of Light & Flight: Lawrence Hargrave – Engineer, Explorer, Astronomer, Inventor
August 2015 (TBC)
In Stanwell Park, a celebration of the life and discoveries of the great Australian astronomer, explorer, engineer and inventor, Lawrence Hargrave, will be this year’s flagship National Science Week event to inspire the Illawarra’s primary and secondary school students, their teachers and the wider community. Working with interns from the Science Centre running paper plane workshops, the Hub will present opportunities for the whole community to fly Hargrave kites as well as other models and a working 1889 radial rotary engine. The Eaton Gorge Theatre Company will provide entertainment and a re-enactment of Hargraves’ first 16-foot flight. This will be followed by a 1900s themed garden party with a screening of ‘The Father Of Flight’ and an evening of astronomy at Hillcrest House Stanwell Park or at the Science Centre.

Later in the year the Hub will present the Just Add Science Festival for the second year running during Earth Science Week in October. This popular festival is aimed at showcasing local science happening daily in the Central West of NSW. It will incorporate science demonstrations, an expo and a market and include a Science Fair competition component that will give school students and opportunity to get involved and develop their own scientific demonstrations. The Central Tablelands Science Hub plan to encourage other partners to involve themselves with the Hub and have invited a range of organisations such as National Parks and Wildlife, Fire NSW, the Bathurst Agricultural Research and Primary Industries Research Station, Landcare, Central West Food Technology, the Royal Society of NSW, National Motor Racing Museum, local scientists and the Science Teachers Association.

Sustainability Expo and Australian Museum Science Festival
8th, 9th and 10th October
This year Dubbo City Council plans to join forces with the Australian Museum alongside local partners to extend its popular Sustainable City Expo to include a schools program that will be run over two days in addition to a community day that will be free and open to all. The 3-day event is designed to engage, educate and inform the general public as well as children (of all ages) about the wonders of science, science careers, how science can help to achieve a sustainable future and how to live or work more sustainably. Held at the Western Plains Cultural Centre, the event will include networking opportunities for professionals as well as a series of hands on workshops, talks and activities.

Science in the Swamp
Saturday 15th August, 2015
To mark National Science Week, the Eastern Sydney Science Hub returns with its fun, free and interactive event, Science in the Swamp. In the past this event has brought over 3000 participants to its home in the Centennial Parklands, and has gained extensive media coverage proving its success. This year, the aim is to double attendance numbers with a significant increase in presentations, demonstrations and stalls, as well as an expanded advertising campaign to achieve this goal. The day-time events will showcase numerous exhibitors, such as Taronga Zoo, Royal Botanic Gardens, Erth Dinosaurs and many more community organisations and societies. These presenters will provide interactive displays, talks and activities all with the aim of making science fun and relevant to everyone.

A night-time event has also been organised in addition to the day activities, celebrating 2015 as the Year of the Light. Renowned photojournalist and pioneer of ‘Painting with Light’ Peter Solness will be commissioned to produce an artwork that will be on display in the evening and beyond. The Science in the Swamp Night Event will include an interactive art installation as well as group illumination activities, both situated in Centennial Parklands.

Science Alive
17-19 August, 2015
Students from Penrith South Public School will again participate in a multi-faceted three-day event for Science Week this year. Over three days, the students will go on an excursion to the Environmental Centre at the University of Western Sydney, where the Hawkesbury Institute for the Environment’s David Thompson has organised a wide range of activities and displays. The students will have the chance to learn about reptiles and climate change, and will get to use iPads to record their excursion with resulting films, projects and resources all made available to the wider community online through the Western Sydney Science Hub Website. This website will give the public an opportunity to keep track of Science Week PSPS and UWS and will continue to be updated regularly after Science Week. In addition, a Science Fair involving all students K-6 will be held at PSPS. National Parks & Wildlife rangers, Denise Mole; a local horticulturalist and the CWA will run workshops throughout the day. Jamison High School science students will assist younger students with the Science Fair activities and all class teachers will organise and run activities such constructing kites, building bridges from newspaper to hold certain weights; magnetic activities; making slime, playdough, ice cream, sherbet; making movies using ipads; designing with Lego Technic. This is an event eagerly anticipated by the students each year, and Science Week has increased their interest and knowledge of science.
Jackie Randles is the Manager Inspiring Australia (NSW). For information about any of the 2015 funded projects or to find out more about how to join the network please contact Jackie by email