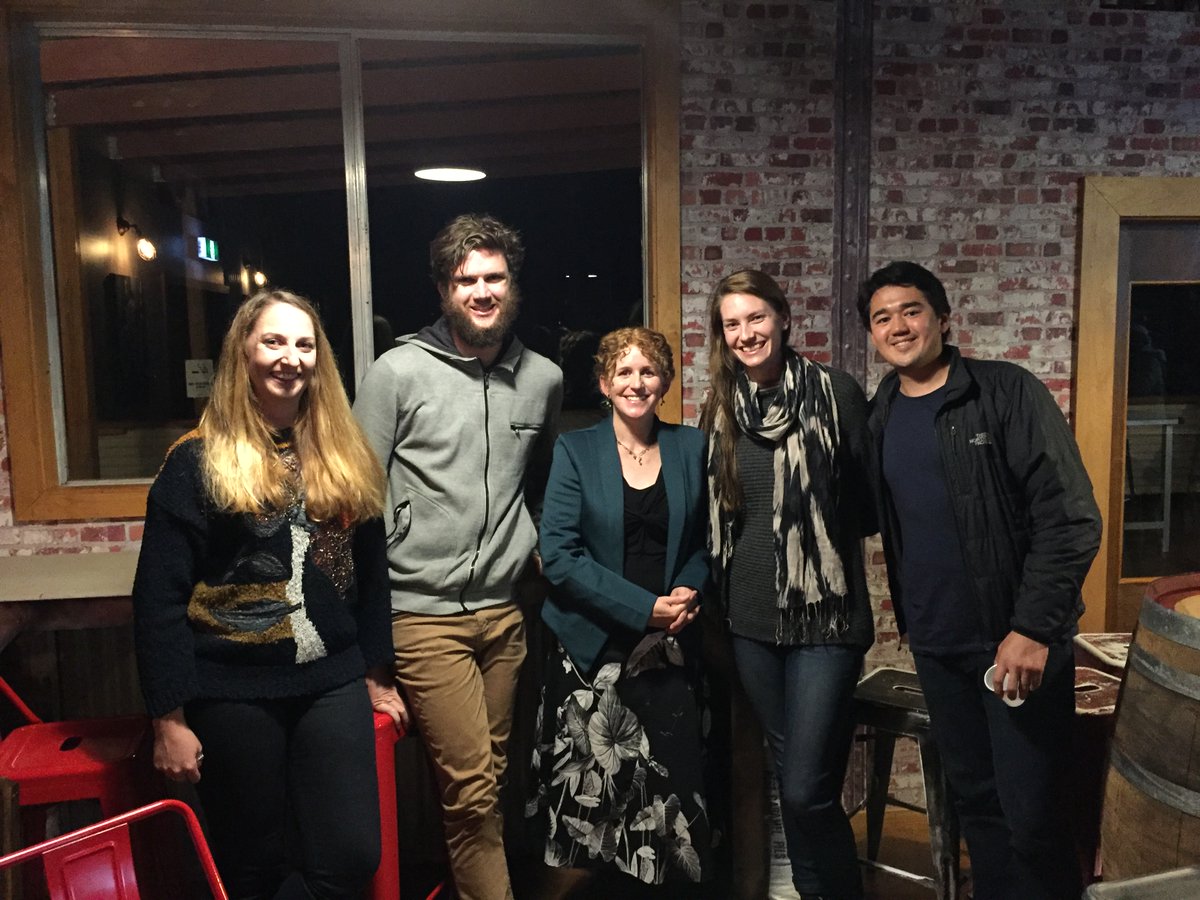 Funding of just under $200,000 will go to twelve new science and technology  engagement programs to be delivered across NSW as part of Australia’s national effort to engage the community with science, technology, engineering and maths (STEM). For the past six years, the NSW Government has partnered with University of Sydney and the Commonwealth to deliver the Inspiring Australia initiative in NSW, ensuring the delivery of regular STEM events in regional communities.

As the national strategy for public participation in science, technology and innovation, Inspiring Australia seeks to change perceptions about science, engineering and technology and their relevance to everyday life.

NSW Regional Science Grants are offered each year to increase public engagement with STEM, promote awareness of STEM careers and to celebrate the state’s vibrant and innovative research culture. The programs we support connect diverse communities to cutting edge science through welcoming events and programs that are entertaining, transformative and locally relevant.

This year, Sydney Science Festival will again be held during National Science Week from 8 to 20 August 2017. With significant funding going to three, large-scale family events to be presented by the Sydney Olympic Park Authority, the Australian Botanic Garden at Mt Annan and the Blue Mountains Botanic Garden at Mt Tomah, Festival participation is expected to even stronger than last year when around 62,000 people attended more than 100 events across Sydney.

Elsewhere in NSW, imaginative programs will be delivered in dozens of local communities to make science, technology, engineering and maths – the STEM disciplines – accessible to a wide range of audiences.

We thank our network of Regional Science Hubs that continue to build influential networks to bring STEM to life and inspire their communities with memorable events.

Sydney Olympic Park Authority
The Innovation Games will aim to entertain and inspire sport loving audiences with science shows, interactive displays, live animals, hands-on activities and interactive use of the big screen. With main events running directly outside of Sydney Olympic Park Station, the full day program will also run friendly competitions on nearby Cathy Freeman Park. Among activities will be a ‘science decathlon’ involving drones, virtual reality LAN Gaming, solar cars, Lego robotics, cooking challenges, sporting performance challenges, agricultural challenges and more. Indigenous culture and technologies will also be on the program with activities planned to be presented in the Brickpit, the Badu Wetlands, the Archery Centre, the Aquatic Centre, Water Bird refuges, AFL and Netball clubs, the Parramatta River and Newington Armory.  In addition, there will be walking tours of the urban centre to showcase Sydney Olympic Park as a leading example of sustainable urban design and development.

MacArthur Science Hub
The MacArthur Science Hub plans to present two events during National Science Week at the Australian Botanic Garden at Mt Annan, building on its success last year with the well-attended Jurassic Gardens event. First, Science in the Wild will welcome families to a free outdoor event on the 13 August to enjoy hand on science in outside labs and classrooms. With more than 20,000 people expected to attend, this event aims to enhance the public’s perception of science and to encourage young people into STEM careers. The following weekend, visitors with an interest in science will be encouraged to attend the PlantBank Party on 19 August, a family-oriented Open Day designed to showcase the state of the art facilities of the Australian PlantBank.

Orange-Cowra-Cabonne Science Hub
During National Science Week, the Orange-Cowra-Cabonne Science Hub will present Sounds Like Science, a live discussion session with local experts talking about their work. Led by local arts organisation The CORRIDOR project in partnership with Canowindra’s Age of Fishes Museum and Oxley Wine Bar, Sounds Like Science will also create a series of podcasts that profile five STEM professionals who will discuss the impact of science and technology on the community. It is anticipated that the Sounds like Science will be available via local media platforms including ABC Open, local radio, newspapers and social media outlets.

Western Sydney Science Hub
Led by the Hawkesbury Institute for the Environment and Penrith South Public School, the Hub plans to present four events during National Science Week involving eight partners. Among planned events are demonstrations of scientific concepts including a planetarium experience led by Penrith Observatory, a Science in Arts workshop at Penrith Regional Gallery, student participation in the Reptile Experience at Western Sydney University and hands on workshops held at Bunnings Penrith.

Sapphire Coast Regional Science Hub
On the far South Coast of NSW, the Sapphire Coast Regional Science Hub will host Questacon’s Science on the Move exhibition at the Bega Valley Commemorative Civic Centre during National Science Week. Audiences of all ages will have a chance to discover and explore principles of light, music and sound, human biology and health, force and motion, ecology and the environment, electricity and magnetism, human population and genetics. Science on the Move’s intriguing exhibit investigations invite everyone to engage their minds and body. Additionally, Local IT company Loaded Gamer will showcase interactive online games, conduct coding activities and present VR and robot interaction displays.

Northern Sydney Science Hub
The newly formed Northern Sydney Science Hub convened by CSIRO will host three kinds of public events in National Science week including a talks series at Chatswood library, a Tinker-Maker-Tech Fair and a series of Technology Workshops. These free events will explore the use and impact of technology in the community, with interactive sessions led by local STEM professionals targeting audiences of all ages. Later in the year, the Science Hub plans to present more science activities that involve members’ organisations at a Spring into Science festival planned from September through to November 2017. Among themes will be the science in surf lifesaving, gardening, wildlife and sustainability, with dozens of talks, open days, astronomy nights and free activities in local parks on program.

Illawarra Science Hub
During National Science Week 2017, the Illawarra Science Hub will present the Illawarra Festival of the Flame, a day-long program that unites science and the arts with the theme of fire. Featuring a diverse program that includes theatrical performances by the Eaton Gorge Theatre Company, 3D printing workshops fire safety activities, talks, Indigenous cultural performances, the event comprises over thirteen partners.

Murray Science Hub
On the Victorian-NSW border, the Murray Science Hub will explore the fascinating squirrel gliders through a series of theatrical performances and citizen science activities. The Gliding into the Future: Squirrel Glider Theatre Project will see a new play created by the Eaton Gorge Theatre Company that once performed in the region in National Science Week, can then be presented in schools and communities across Australia. Working with scientists, the project aims to secure viable populations of squirrel gliders across the Murray catchment area through community action. With over fourteen partners including conservationists and scientists, the Science Hub plans to present three outdoor performances over two days in October. A short film will also be produced for use as an educational resource to inspire young people into science careers.

Shoalhaven Science Hub
In September all are invited to Bundanon Trust where the Shoalhaven Science Hub will again present all kinds of science talks and activities as part of the annual Spring event Siteworks. This full day program includes art and performance alongside debates and hands on activities focussing on the theme of The Birds and the Bees. Scientists from variety of backgrounds have been invited to discuss the vital role of birds and bees in our environment. Performers and artists will also respond to these themes to create unique artworks and unforgettable performances held outdoors in the site’s unique property on the Shoalhaven River. With invited guests including local birdwatching and Landcare groups, ABC broadcaster Robyn Williams and UNSW Professor Rob Brooks, the initiative will strengthen relationships between scientists and community members in the region. Participants will also have the rare chance to camp overnight.

North West New England Science Hub
The North West New England Science Hub will host a workshop in October for farmers and community members in Armidale and surrounds to introduce local farmers to the concept of natural ecosystems. Led by David Hardwick, a soil scientist with Soil Land Food, this practical, hands-on learning experience will show how by logs on the ground and other coarse woody debris provide water infiltration, wildlife habitat, soil nutrient cycling, decomposition, shelter and pasture shade. Participants will be encouraged to use this knowledge to observe the impact of fallen logs in paddocks compared with the soil quality of bare paddocks, acquiring ecology skills that they can apply on their own farms.

For more information about the 2017 grant recipents please contact us