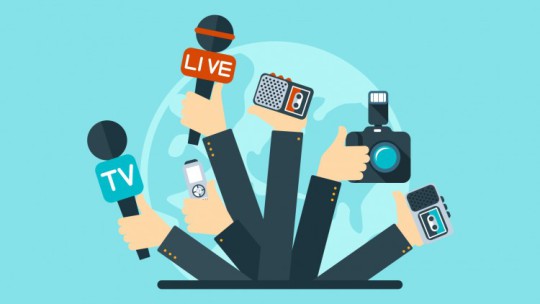 Marcus Strom and Peter Munro have been the target of hundreds of pitches over their respective media careers, including as former Fairfax journalists who regularly covered science stories. Now working in communications at a museum and a university, the pair are well placed to share insights into how to effectively pitch stories to journalists in a changing media landscape.

Until recently Marcus was the science editor at The Sydney Morning Herald, one of many senior jobs he held at Australia’s oldest newspaper, including deputy foreign editor and morning news director. Marcus has a science degree from the University of Sydney and accidentally became a journalist while living in London. He is now working as a science journalist and a science media adviser at the University of Sydney.

Marcus says that there are four types of science stories:

Marcus says a journalist is always on the hunt for a hook – in his experience, a counterintuitive way to draw a reader into a topic that can be quite complex.

Peter has worked across many aspects of newspapers during his career as a journalist, working for The Sydney Morning Herald and The Age in Australia, and The Times and The Sunday Times in the UK. He has written stories across news, features, arts, online, sport and magazines and recently took up the role of Manager Communcations at the Australian Museum.

Peter says that as journalists face a steady flow of media releases each day – particularly as the numbers of journalists diminish and the numbers of publicity and communications staff soars – it is more important than ever to get to the point.

If you can’t tell a journalist what the story is in less than a page, they won’t read it. The first few paragraphs are crucial. Imagine you are telling a story out loud to a world-weary friend with a short attention span – that’s how the media release should read.

Thanks to Marcus Strom and Peter Munro for sharing these useful insights with the Inspiring Australia network.