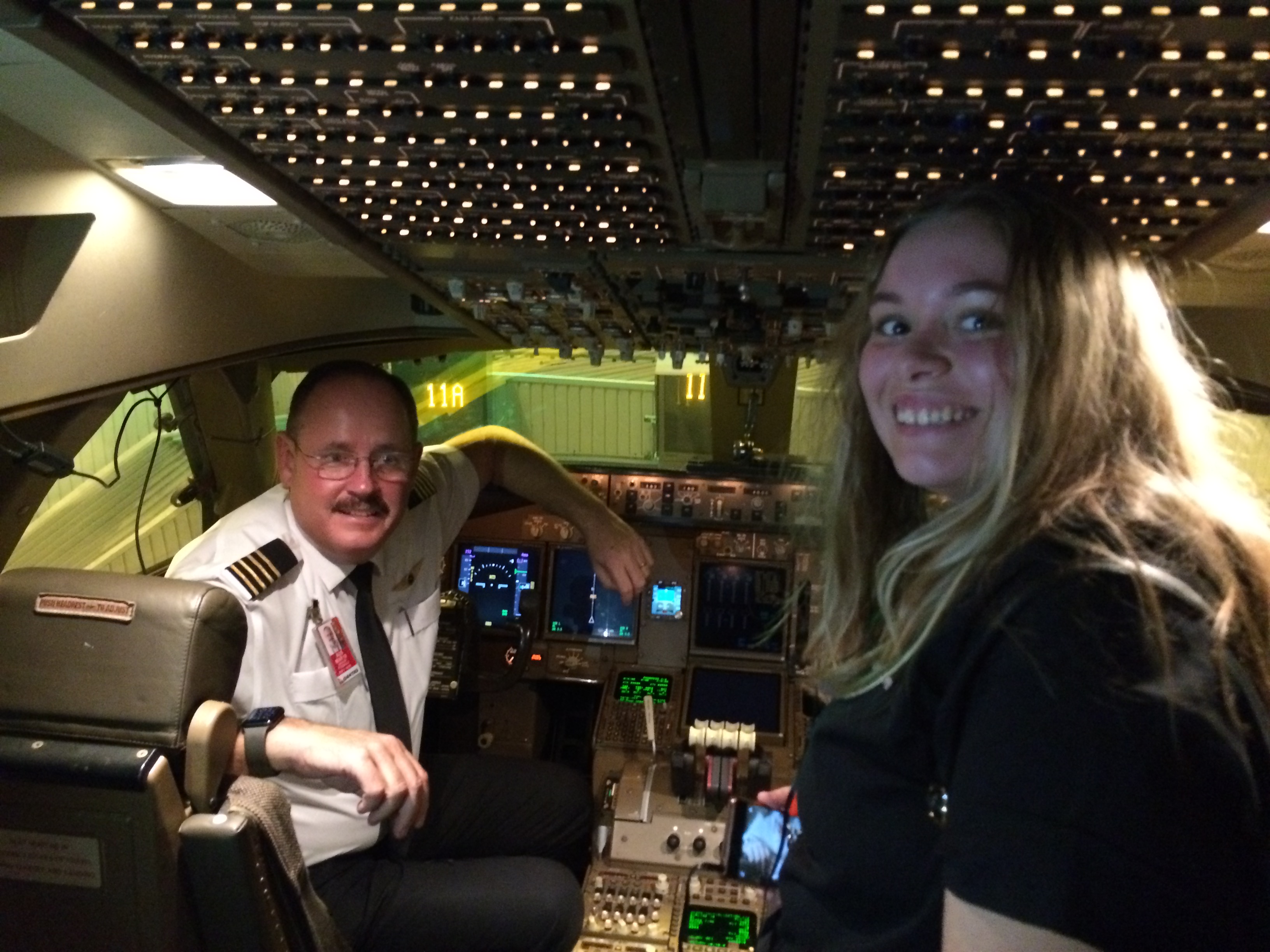 With support from an Inspiring Australia Sponsorship Grant for Student Science Engagement, four students from Port Macquarie Community College on the mid-north coast of NSW were able to participate in an exciting program that took them to Hobart’s Antarctic and Southern Ocean research facilities. They were joined by their Science Teacher, Lloyd Godson, who in this guest post says he got just as much out of the experience as the students!

Antarctic Experience is a Bookend Trust science engagement program for Australian students and teachers. It’s a unique opportunity for students to meet with researchers at organisations such as the CSIRO, the  Institute for Marine and Antarctic Studies and the Australian Antarctic Division in Hobart.

As part of the program, students participated in live video links to Antarctica and the RV Investigator. The most exciting part is that the experience culminates in a 12-hour flight over Antarctica itself!

After arriving in Hobart, our first stop was the Australian Antarctic Division in Kingston. Downstairs in the auditorium, the students were connected via a live video link up to several researchers at Casey Station in Antarctica.

For about half an hour, the students bombarded the researchers with questions while they battled the elements and enthusiastically answered them while standing next to one of their bioremediation research sites. That was the hook, but the next part of the program really engaged two of my students.

Mitch and Sam both have several aquaria at home, so visiting the Australian Antarctic Division’s unique cold-water krill research aquarium was a highlight for them both.

They learnt that scientists are examining aspects of the biology of krill that will contribute to the sustainable management of the krill resource. Such studies focus on krill growth, ageing and production, which are all important inputs to the mathematical models used to manage the fishery.

While waiting for our flight home, Mitch said: “I enjoyed seeing the krill aquarium because it was a once in a lifetime experience to see this zooplankton out of their natural environment.”

Sam added: “It was interesting to see how people were all doing something completely different – krill, algae, robotics, ice cores – but they were all working towards the same thing; a greater understanding of Antarctica and how it contributes to our planet’s other ecosystems”

On the bus back in to Hobart, we took a quick detour up Mount Wellington and admired the iconic Organ Pipes.

The Organ Pipes are one of the most distinctive features on Mt Wellington. The dolerite rock that comprises the towering, columnar cliffs was formed during the Jurassic when Tasmania was in the process of separating from Antarctica during the final stages of the breakup of Gondwana.

Most students learn about this in textbooks when studying the evidence to support Plate Tectonics and continental drift. These lucky students were about to observe it firsthand, by flying over part of the 3500 km long linear belt of tholeiitic rocks which extends along the Transantarctic Mountains of Antarctica!

Our final day in Hobart was spent at Institute for Marine and Antarctic Studies and CSIRO. We did a live link-up with the RV Investigator, which was a highlight for me.

The crew battled tough sea conditions to speak with us and tell us about what they were doing while on board. I learnt about their Educator on Board program and, needless to say, submitted an application for their 8-day transit from Brisbane to Hobart from May 14-21. Fingers crossed!

Following an exhausting day in Melbourne exploring some absolutely amazing museums, we had an early night to prepare ourselves for the flight over Antarctica itself.

We had been fully immersed in Antarctic science, technology, engineering and art and couldn’t wait to board our Qantas 747 scenic adventure with Antarctic Flights. It exceeded all of our expectations.

The students observed a 150-year-old magnetic dip compass as we flew over the South Magnetic Pole and even had the opportunity to visit the cockpit and sit in the Captain’s chair at the end of the flight. All four students were exited, happy and engaged as they took in views of icebergs, sea ice, extinct volcanoes and the Transantarctic Mountains.

Back on land, Mitch told me: “I enjoyed the flight the most because Antarctica was so different to what I imagined. Some of the research in robotics made me interested in maybe working in Antarctica one day.

Another one of my students, Jade, said: “Going to Antarctica gave me some new inspiration for my art.”

I believe this opportunity helped Jade see a place for art in communicating science. Without a doubt, this will be an experience that they, or I, will ever forget. This trip to the end of the Earth may well be the start of some new careers!