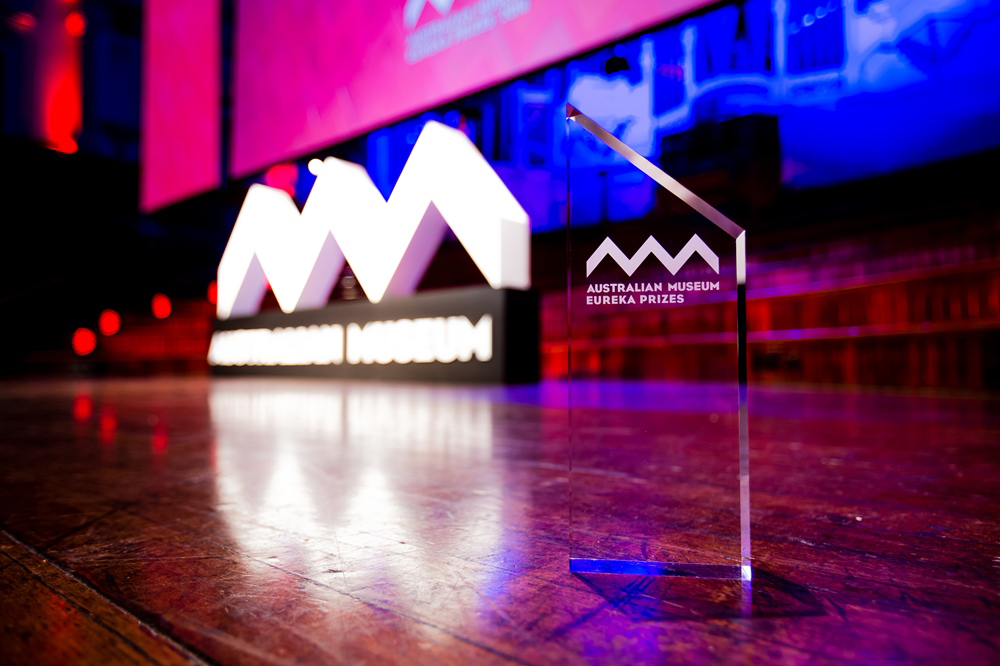 Established in 1990, the Australian Museum Eureka Prizes are the country’s most comprehensive national science awards, celebrating excellence in research & innovation, leadership, science engagement and school science. Entries to the 2018 Prizes are now open!

Entrants can enter themselves or be nominated, with prizes available for individuals, teams and organisations. The Eureka Prizes are open to those who work in research institutes, government departments, media, schools, corporations and universities, just to name a few.

This year there are 16 prizes on offer, covering a broad spectrum of scientific disciplines and aiming to recognise the work of scientists and researchers at all career stages.

Whether you’re a data scientist, know a science leader of the next generation, are undertaking a citizen science project, engage the public in your research, or work in an interdisciplinary research team, there’s an opportunity for you to put work forward.

The Eureka Prizes also recognise the rising stars of Australian science in primary and secondary school – through the University of Sydney Sleek Geeks Science Eureka Prize.

Students are invited, either individually or as a team, to research a scientific concept, discovery or invention, or test a hypothesis, and then make an engaging and entertaining one to three-minute film about what they have learnt.

“It’s a great way to extend and challenge students who are really into science without giving them another worksheet-based activity,” says teacher Annie Martin. “Students can take a topic that sparked their interest in class and then explore it as they make a short film”.

Prize money is shared equally between the winning students and their schools and all finalists win a trip to Sydney for the Australian Museum Eureka Prizes Award Dinner, where they will have the chance to meet Australia’s leading scientists, along with Sleek Geeks Science Eureka Prize patrons Dr. Karl Kruszelnicki and Adam Spencer.

Why enter the Eureka Prizes?

Past winners say that winning a Eureka Prize can be a life and career-changing event. Finalists and winners from previous years have continued to excel – receiving widespread media coverage, major grants and institutional awards.

“Winning a Eureka Prize has helped raise the profile of the research we do, both in the Australian public and in the scientific community,” says Dr. Denise Hardesty, Team Leader of the CSIRO Marine Debris Team and winner of a 2016 Eureka Prize.

We asked some of the Eureka Prize judges – each an expert in their respective disciplines –  what they are looking for in a winning entry. Here are their top five tips:

Get inspired by the 2017 Eureka Prize finalists and winners.

To learn more about the Australian Museum Eureka Prizes visit their website. Prize information and entry forms can be accessed via their online entry system.

You can also connect on Twitter via @eurekaprizes and join the #Eureka18 conversation.