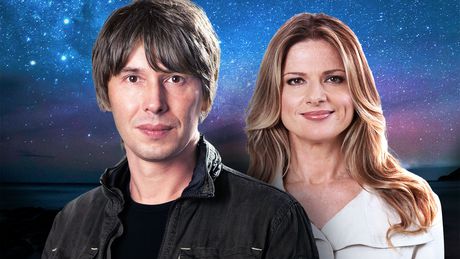 The series, produced by BBC Studios, will immerse the audience in a celebration of the night sky, with a focus on features that are best experienced from Australian soil.

Throughout the series, Brian and Julia will be joined by a team of celebrated scientists and space enthusiasts. CSIRO’s Dr Lisa Harvey-Smith  will be showcasing the capabilities of a different telescope each night and ‘Space Gandalf’ Greg Quicke will show reporter Kumi Taguchi the best sights in the night sky, including live views of Jupiter and Saturn, while utilising low-light camera technology to capture live video for viewers.

Each episode will take a unique thematic focus, with episode one focusing on the solar system, episode two examining deep space and episode three looking at space exploration.

Highlights include the return of the Stargazing Live citizen science challenge. Off the back of the ground-breaking discovery of a new solar system by viewers in 2017, this year the program will attempt to identify new supernovae, potentially allowing us to refine the known age of the Universe.

Julia Zemiro will take viewers on a ‘road trip’ tour of NASA facilities across the United States, in which she witnesses a rocket launch, meets the voice of the countdown and enrols in Astronaut School at Johnson Space Centre. Stargazing Live will also take over the Parkes Dish in the Parkes Observatory in NSW, using it to listen live for signs of intelligent life from a newly discovered earth-like planet.

For more information visit the Stargazing Live website at www.abc.net.au/stargazing