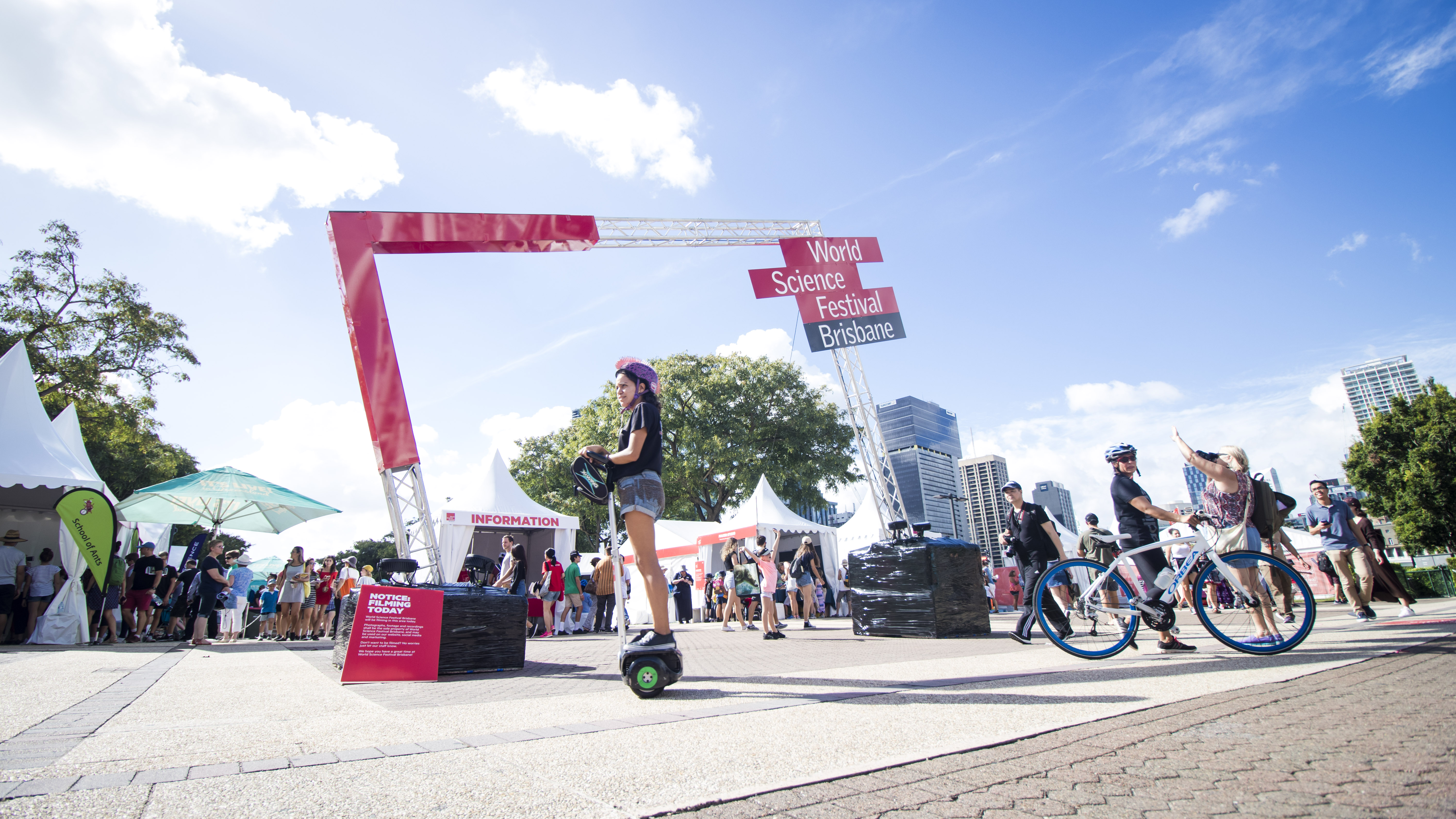 With the strong support of the Queensland Government, World Science Festival Brisbane produced by Queensland Museum continues to deliver impressive results, including record attendances and an impressive line up of science experts.

With audience attendance around 120,000 in 2016 and 180,000 in 2017, this year’s Festival continued to attract strong attendance from the public and science community alike. Final numbers are yet to be determined, but with 123 participating scienists involved in more than 100 events across six locations – Gladstone, Chinchilla, Toowoomba, Ipswich, Brisbane and Townsville – audience engagement is expected to remain high.

Many of Australia’s most prestigious scientists were on this year’s program, giving audiences a rare chance to hear them debate topics outside their fields and indicating the Festival’s success in attracting the big names in science.

Attending the Festival as a Digital Ambassador, I was able to see what can be achieved with whole of Government support and engagement – from Festival branding extending across the Southbank precinct and into the city to participation in events from the Queensland Premier and a number of politicians. It was great to see so many public venues and cultural institutions taking part in the celebrations.

Over three full days, I was immersed in the Festival and was able to observe some of the behind the scenes organisation.

Talking to staff and volunteers, it was evident that the Festival is a priority for many organisations. In addition to there being a dedicated Festival production team, staff are also seconded from Government departments to assist with the management of various aspects including the organisation of dozens of schools events and livestreams, international delegations, industry stakeholder briefings and public events held outdoors at Southbank and in the cultural institutions adjacent to the Museum.

One of the industry events on offer was a film industry forum looking at science film and TV production. This brought together diverse industry players who will also be involved with the World Congress of Science and Factual Producers that will take place in Brisbane later this year. Another was run by Queensland Tourism. In addition to delighting and inspiring the public, the Festival is used as a vehicle to attract conferences, events and investment in Queensland and to showcase the state’s knowledge industry.

Most of the sessions I attended were facilitated by established science journalists who were able to draw out themes and keep conversations moving easily. Sessions moderated by those unaccustomed to the hosting rather than starring role were strikingly less engaging, affirming the value of engaging experienced ‘anchors’ and ensuring well produced panels.

My personal speaker highlights were

Another highlight for me included meeting researchers at the Queensland Museum to learn about shorebirds and talking to conservationists in The Hatchery, a unique nursery that again proved to be a crowd favourite. There the public could watch turtles hatch and observe these tiny endangered creatures at different stages of their early development before they were released into the ocean.

Originating in New York and founded by actor Alan Alda, physicist Professor Brian Greene and journalist Tracy Day in 2008, the World Science Festival is reknown for combining cutting edge science with the arts, performance and high production values. It brings together great minds in science and the arts to produce live and digital content that presents the wonders of science and the drama of scientific discovery to a broad general audience. Key to its success are panel discussions with world experts that are moderated by exprienced journalists and well known public figures.

Jackie Randles attended the 2018 World Science Festival Brisbane as a Digital Ambassador and thanks the organisers for this opportunity. Find posts via #WSFBLIVE #WSFB2018