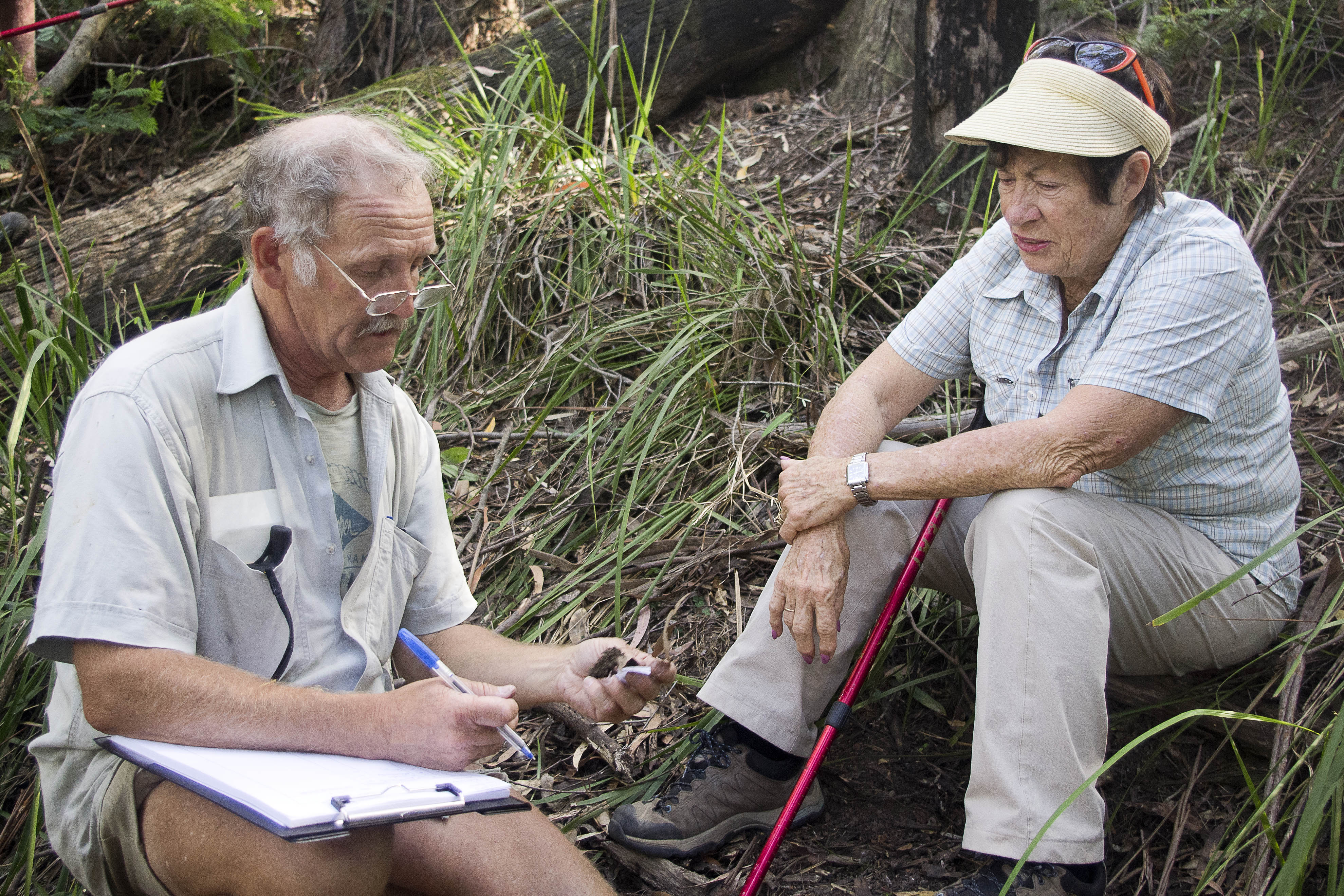 Community members gathered to participate in a koala survey day held on Saturday 14 April on the Williams Ridge. The group met at the Allyn River and mainly comprised a mix of locals from the Dungog/Gresford area and people from other parts of the Hunter region, such as Clarence Town, Gloucester, Newcastle and Lake Macquarie.

Even a couple from Sydney, who were camping at the Allyn River for the weekend, heard about the koala survey and decided to join in.

Numerous koala records exist for the Williams Ridge but most are from surveys conducted some years ago. The aim of this  survey was to see whether any current evidence of koalas could be found, as well as to provide an opportunity for community education and involvement.

Logging activities have been undertaken along parts of the Williams Ridge over the years and the forest in these areas is now at various stages of regeneration, so  survey organisers were particularly interested to find out whether koalas are still present in the area.

After a briefing session about where koalas have been recorded in the local area, the survey methodology and safety considerations, the group set off to search for evidence of koala in three plots that were established along the Williams Ridge.

Systematic searches were conducted around the bases of 30 trees in each plot for the presence of koala scats and other fauna evidence. Some probable koala scats were identified under two trees in one of the plots. However the scats were old and few in number, so it was difficult to say with 100% confidence that they belonged to a koala.

In any case, these results were encouraging from a small sample area and evidence of many other animals, such as kangaroo species, birds and insects was also collected and seen during the surveys.

Get involved in the hunt for koalas in the Hunter