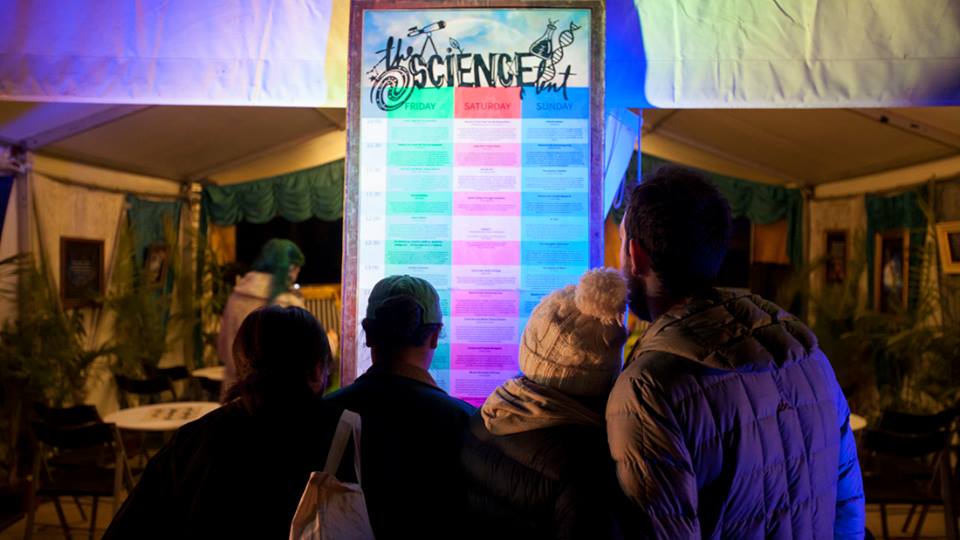 With the support of the New South Wales and Commonwealth Governments, Inspiring Australia (NSW) will again present hundreds of new opportunities for community members across the state to meet science and technology experts at welcoming and creative events.

Established in 2013, Inspiring Australia’s NSW Science Grants program will provide $112,000 to support dozens of events to mark National Science Week 2018, which runs from 12-19 August. Grant funds will support science festivals in Lismore, Bega, Newcastle and Wollongong and other innovative events and projects delivered in Orange, Canowindra, Cowra and on the Central Coast.

“In addition to being fun and involving, the Sydney Science Festival program shows our next generation of potential young scientists how exciting, rewarding and important a career in science can be,” said Acting NSW Chief Scientist & Engineer Dr Chris Armstrong, whose Office supports the Inspiring Australia program in New South Wales.

“They see how science and mathematics can help to solve global challenges such as climate change, major health problems or food and water security, as well as how they can help to shape our future through amazing new areas like artificial intelligence, robotics or quantum engineering.”

An additional $55,000 will go towards innovative science engagement projects across New South Wales throughout the year, including in Goulburn, Young, Picton, Nowra and small communities in the Murray region.

A highlight will be a three-day Science Tent program presented for a second year running at Splendour in the Grass this July, bringing cutting edge science and technology to the popular annual music festival that attracts around 135,000 young people each day to the North Byron Parklands.

The initiative will also support Siteworks, a full day art-science and overnight camping event at Bundon and a new work by new media artist and choreographer Su Wen-chi developed for Performance Space’s Liveworks experimental arts festival to be held at Carriageworks in October.

Centennial Park will play host to Dinosaurs vs Superpowers, a free day of science where dozens of researchers will reveal the superpowers behind their research through a host of fun and entertaining hands-on experiences.

In the evening, Valley of Light presents a stunning participatory light painting event hosted by award-winning photographer Peter Solness, that will introduce participants to photographic techniques. Astronomy in the Park will also return to the Park in partnership with the Australian Astronomical Observatory

At the Australian Botanic Garden Mount Annan, Science in the Wild will feature dozens of hands on activities including from Western Sydney University, Taronga Zoo and local science and technology groups. Secrets of the Seed Vault invites everyone to explore a plant science expo and Stars over the Garden will again be presented in partnership with Australian Astronomical Observatory, the MacArthur Astronomy Society and Shared Knowledge.

In the Blue Mountains, visitors to the Botanic Garden at Mount Tomah will have a chance to engage with science through exciting and stimulating experiences.

In Northern Sydney, community members will be invited to participate in a science showcase at Top Ryde Shopping Centre where there will be opportunities to experience science shows, electric/hydrogen cars, Virtual Reality, science movie screenings and talks. CSIRO will open its Lindfield site and there will be science activities, workshops and talks in libraries in Chatswood and Gordon.

Also part of Sydney Science Festival, University of NSW’s Centre for Ideas will join forces with Sydney Opera House to present a major event that will explore robots and the future of artificial intelligence.

Now in its fourth year, Sydney Science Festival extends the reach of National Science Week across the Greater Sydney Region with over 200 events planned for this year’s program produced by Museum of Applied Arts and Sciences and Australian Museum, with Founding Partner Inspiring Australia.

Elsewhere in NSW, Inspiring Australia (NSW) grant funds will go towards the Hunter Science Festival at Newcastle Museum and activities presented at the Hunter Region Botanic Gardens and Maitland Museum, including SMART Shows and solar electric car building. There will also be satellite activities presented in vineyards, breweries and libraries.

In the Northern Rivers, the popular Arts vs Science Festival returns, having previously delivered successful festivals in 2015 and 2016. This full day of science, art and music will be held in the Quad, a new arts and entertainment venue in Lismore, and feature arts/science presentations, interactive science/arts workshops, art installations and live music alongside audio visual displays. All activities will be powered by the Southern Cross University solar sunflower, a unique mobile energy device designed and built by students.

Community members in the Orange, Cowra and Cabonne regions will be invited on field trips to explore scientific approaches to pelican breeding, farming and fish monitoring in the Central West. Using traditional Indigenous weaving techniques for inspiration, CAD drawings and 3D-printed designs will be used to create environmental management solutions. Following last year’s successful partnership that saw the production of three videos seen by thousands of people, all activities will be documented in videos produced in partnership with ABC Open.

In the Sapphire Coast region, community members will get a chance to experience Questacon’s Fascinating Science exhibition as part of a regional science festival that will showcase the activities of the Sapphire Coast Science Hub members.

In the Murray region art and science will collide in Pygmy Perch 360, a short film immersive experience produced to highlight the plight of the species, their habitats and water systems’ health. The film will be presented in three small communities of a unique 360 experience – a circular screen which the audience will stand within as the film is screening all around them.

In the Southern Tablelands, science, culture and art will be explored in a series of panel discussions with expert art and astronomy presenters and practical star gazing experiences in Young, Goulburn and Picton.

In the Shoalhaven region, Bundanon Trust will explore the theme of MICRO in Siteworks, an annual event held at the historic homestead on the banks of the Shoalhaven River that was home to artist Arthur Boyd. Turning their attention to very small things, artists Helen Pynor and Maria Fernanda Cardoso will be commissioned to explore the underlying science themes of their art practice. The full-day program offers a range of science talks and performances and offer visitors a rare chance to camp onsite.

Inspiring Australia (NSW) will sponsor aspects of the Performance Space’s Liveworks Festivalof Experimental Art at Carriageworks in Redfern, with four public performances of a new work entitled Infinity Minus One and a keynote presentation by celebrated Taiwanese dancer, new media artist and choreographer, Su Wen-chi, in conversation with a prominent research scientist.

Funds will also go to sponsor the second Science Tent at Splendour in the Grass, bringing top researchers and hands on science experiences to this music festival that attracts 135,000 festival goers each day.

Established in 2013, the NSW Regional Science Grants program is managed by Inspiring Australia (NSW), a joint initiative under the National Innovation and Science Agenda supported by the Commonwealth Department of Industry, Innovation and Science, the New South Wales Department of Industry through the Office of the Chief Scientist & Engineer and The University of Sydney.

With hundreds of audience members reached each year in dozens of locations across the state, regional communities have numerous new opportunities to discover how scientific research is relevant to everyday life and critical to Australia’s future social and economic wellbeing.