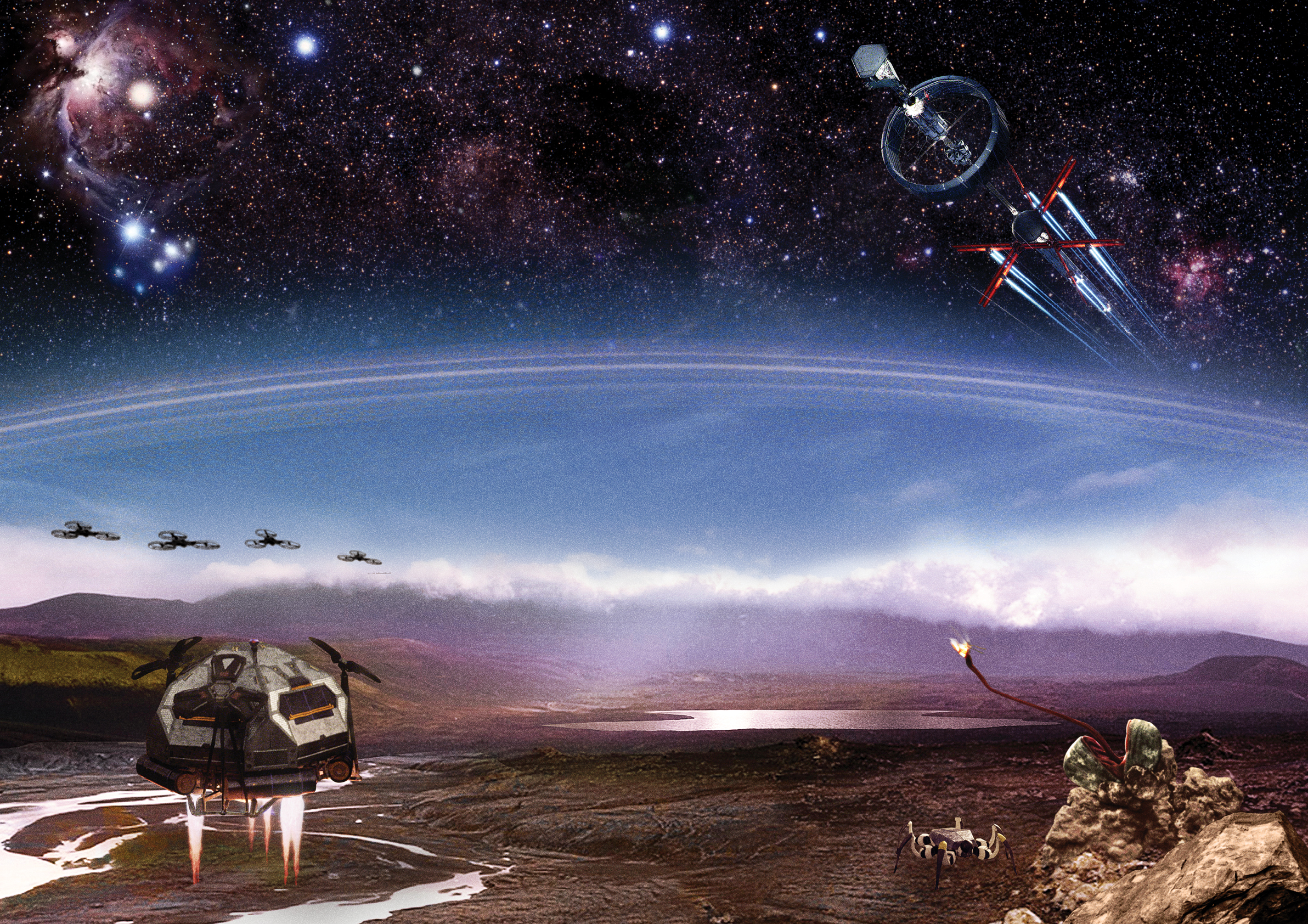 How do we get to the exoplanets? Once there, what will we find? And what will it mean – for society, religion, science, and humanity – when we see the first images proving we are not alone?

Living Universe is a story set in the past, present and future. The film looks ahead to the epic journeys our species will make to planets beyond our Solar System in search of alien life; yet it is anchored solidly in an exploration of how we got to this point, where we stand right now, and what new developments lay close at hand.

The film is based on the latest science generated by the best minds in the field of space exploration, planetary science and astrobiology.

Since so much of our speculation around life on distant planets is based on the new understandings of Planet Earth, Living Universe is  as much an exploration of our own planet as it is an exploration of the truly alien.

Experience the stunning scenery and inhabitants of the remotest corners of our world as well as those of planets we are just beginning to understand.

Some 3,700 exoplanets have been discovered in the past two decades.

Of these alien worlds, many scientists are becoming increasingly confident that a significant proportion may harbor, if not life, then at least habitable surfaces. In fact, some planets have the potential to be far more hospitable to life, and stay that way for longer, than our own.

Other scientists look at the streams of data coming in from the exoplanets as evidence of Earth’s uniqueness.

The speculative journey through space is set over a hundred years in the future when humans have the technology to advance expeditions and takes place on a spacecraft of great power, intelligence and adaptability, piloted by the artificial intelligence of Artemis.

It imagines how Artemis travels through space, on a more than 20-year journey, faster than the speed of light with extraordinary special effects that visualise the outer planets of our Living Universe.

Attend a screening and live Q and A event

As part of Sydney Science Festival in National Science Week, there will be a Living Universe screening at Event Cinemas Sydney on Tuesday 14 August followed by a panel discussion.

An Australian French co-production which has been eight years in the making, Living Universe is narrated by passionate Australian science communicator, Dr Karl and features University of Queensland astrophysicist, Professor Tamara Davis, as the voice of the AI, Artemis.

Living Universe captures a pivotal moment in our human story – a science-faction film full of insight and inspiration certain to thrill anyone who dreams of distant worlds.