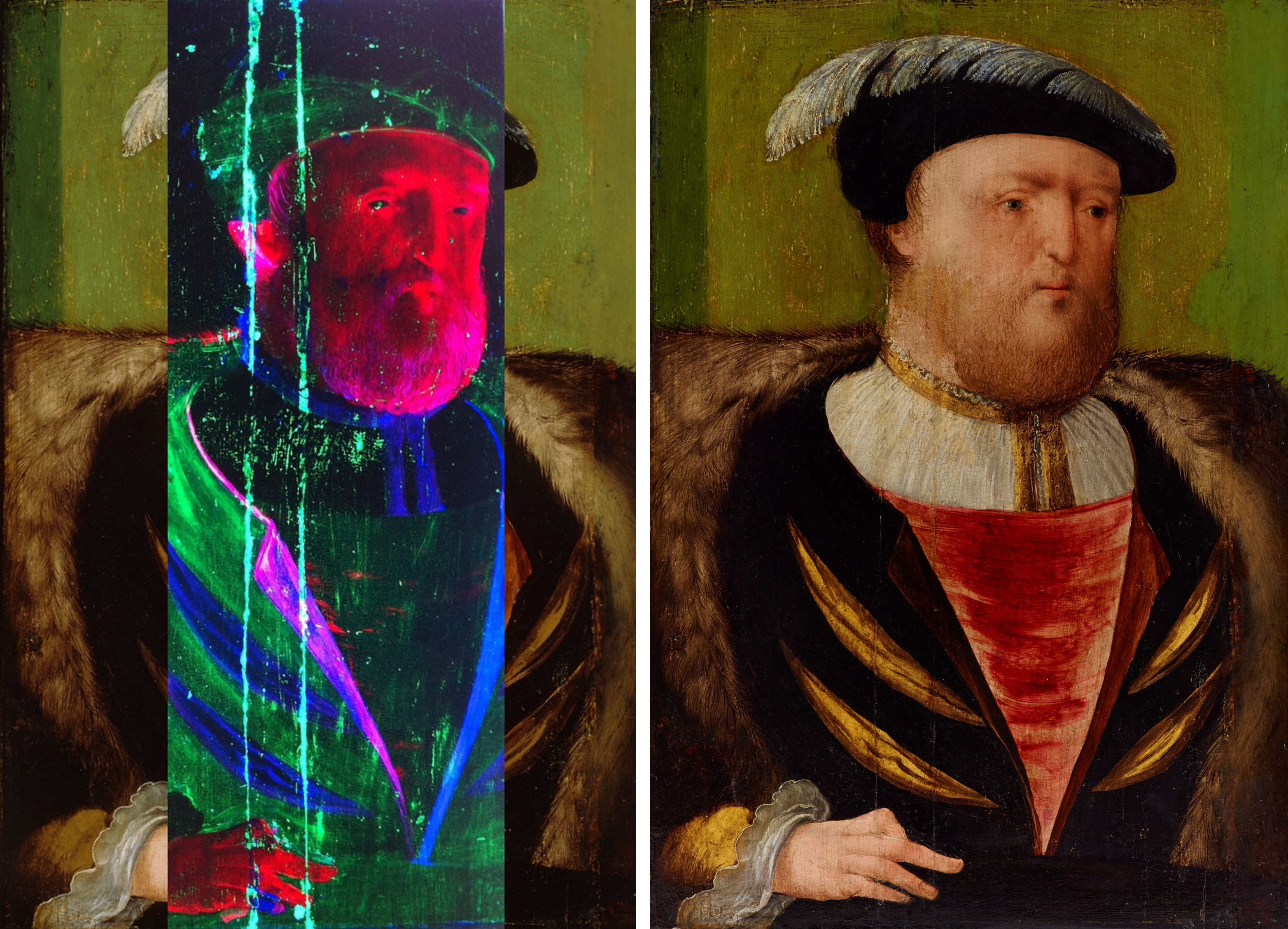 A cutting-edge VR experience at the Art Gallery of New South Wales allows the public for the first time to go inside a 500-year-old painting and explore its secrets. Explore scientific clues and maps within a historic portrait of Henry VIII. Find out what elements identified using the Australian Synchrotron reveal about the pigments used and whether the secret to the paintings date is held in the growth rings of the wood it was painted on.

The restoration of a seemingly unremarkable portrait of Henry VIII enabled the Art Gallery of New South Wales to try out something entirely new.

Analysis carried out as part of a five-year restoration project of this 500-year-old portrait has unearthed remarkable and profound insights from the moment of the artworks creation, knowledge which is usually available only to the scientists and conservators.

Through this unique VR experience, audience members can time travel to a workshop in Tudor London and teleport into a particle accelerator where information-rich data maps in the form of intensely beautiful images offer previously impossible insights into the world of art.

Only briefly ever displayed, the portrait of Henry VIII had been something of a forgotten orphan in the AGNSW’s collection, languishing in storage for decades since acquisition with little known about it.

Catalogued as Anglo-Flemish, 1535-40, curators asked whether the portrait could have been painted in the Tudor Monarchs lifetime.  If so, the panel is both artwork and historical document, a rare survivor of a period from which there are few existing records.

Painted on oak panel, such an object would have deteriorated and been altered significantly over five centuries. The curatorial team therefore needed to identify and record the surviving material, to distinguish and potentially remove any non-original alterations and additions and represent the portrait as closely as possible to its original state.

There was also the mystery of who had painted this portrait.

Early research showed that the panel had company in a handful of similar portraits in some prestigious English collections, most notably the National Portrait Gallery and the Society of Antiquaries in London. These were being investigated and found to share enough similarities to be considered to have been from the same hand or hands.

The detection of microscopically fine decorative brushwork and the presence of gold leaf were further clues which pointed to manuscript illuminators at work.

Was it a product of one of the painter-stainer workshops which existed in London at the time, producing likenesses of the King for display as a show of allegiance by members the English elite?

We needed to establish whether our painting should take its place amongst the London group.

Rarely has a painting been so thoroughly scrutinised and never has it been so imaginatively presented in a gallery for such a richly immersive encounter.