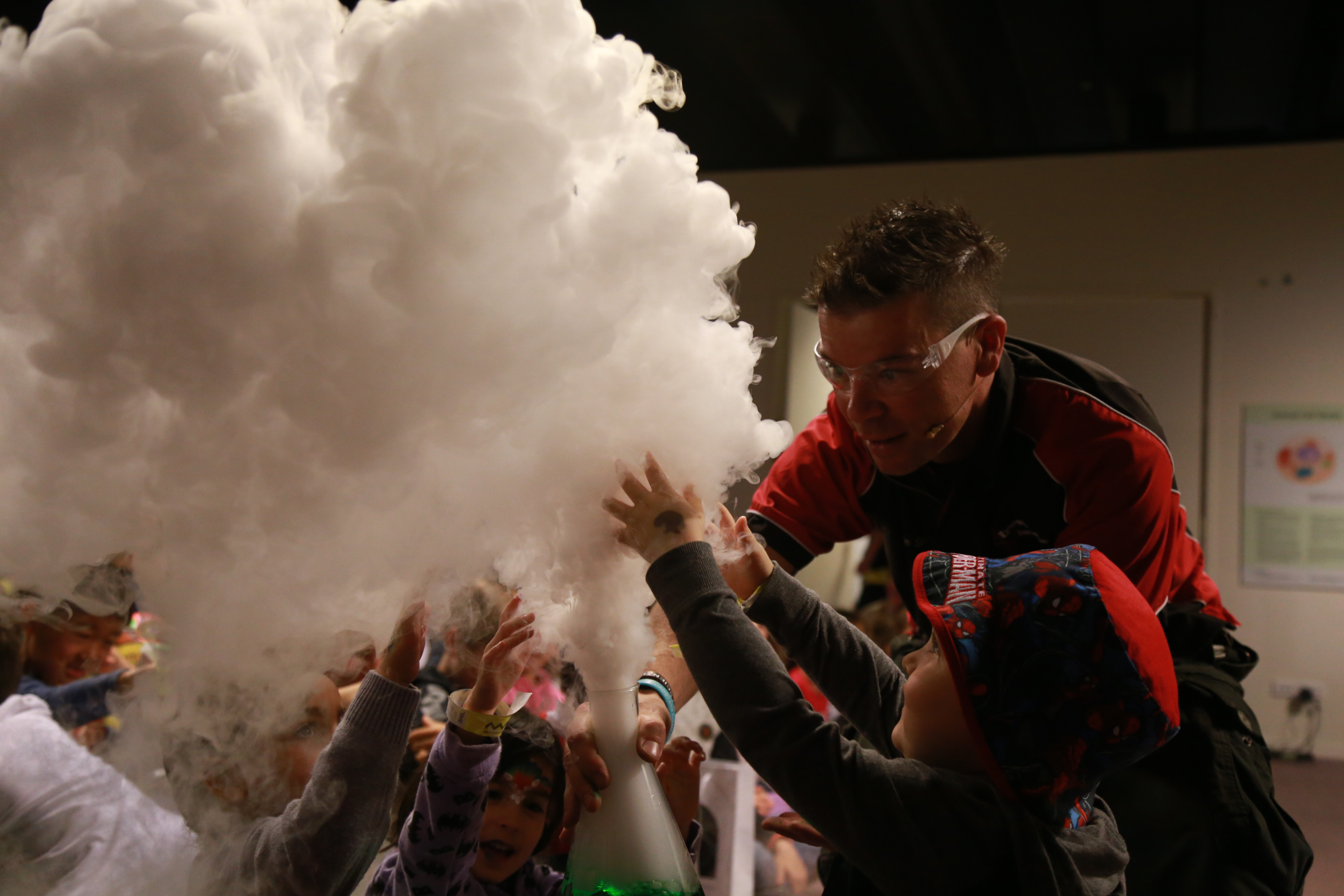 Sydney Science Festival runs from 7-19 August with over 200 events on offer delivered by 90 presenting partners as part of National Science Week.

Enjoy hands on science experiences for all ages in a variety of locations from parks, gardens and libraries to museums, university campuses and some of Sydney’s most prestigious venues, many of them free!

Meet some of Australia’s top researchers including:

Join former Greens Leader and environmentalist Bob Brown on Wednesday 15 August from 6 pm at UNSW Sydney in The Battle for the Environment to reflect on Australia’s environmental responsibilities, opportunities and performance.

Connect with 40 early and mid career researchers at free events in 25 local libraries throughout Sydney. They’ll explain everything from women’s brains, robots, and the technology of the future to gut health, Antarctica, bilingualism and what it’s like to be a scientist over the Festival period.

Discover the Secret Science of Plants with leading plant scientists at the Royal Botanic Garden Sydney on Thursday 16 August from 5.30 pm.

Explore the fascinating future of science with top scientists from ANSTO in the Future Vision Quiz on 16 August from 6.30 pm at Sutherland Library.

Celebrate women in science as GenWomen: Scientists Smash the Glass Ceiling from 7.30 pm on Friday 17 August at Giant Dwarf Theatre.

Experience the wonders of science in Sydney’s museums: don’t miss dozens of entertaining, interactive science shows, demonstrations and talks from leading scientists running all day long at Super Science Saturday at the Australian Museum on Saturday 11 August. Take the family for hands on science, technology and art fun at Big Science Day on Sunday 12 August at the Powerhouse Museum.

Take a look into the future with Good Robot/Bad Robot at Sydney Opera House on Sunday 12 August at 3 pm where artificial intelligence and data ethics expert Ellen Broad will join Sydney-based researcher Prof Toby Walsh and MIT Media Lab technologist Dr Hae Won Park to consider what robots mean not just for human lives, but for the way we understand human intelligence, human values, and humanity itself.

Learn about the extraplanetary search for life on other planets in the epic new science faction film Living Universe – it’s time to meet the neighbours. Meet some of the film’s international planet hunters all the way from NASA in a Q and A session after the screening on Tuesday 15 August at Event Cinemas.

Take part in a public light painting experience at Centennial Park in Valley of Light led by award-winning photographer Peter Solness on Friday 10 August from 5 pm.

Head to Top Ryde Shopping Centre on Saturday 11 August from 9.30 am for Ryde Changemakers Showcase where you can enjoy science shows, electric/hydrogen cars, Virtual Reality demonstrations and talks.

Visit the Australian Botanic Garden Mount Annan on Saturday 11 August from 11 am for Science in the Wild, a full day of hands on activities including from Western Sydney University, Taronga Zoo and local science and technology groups.

Be amazed as Dr Karl Kruszelnicki tackles the big issues in the universe at The Joan Sutherland Performing Arts Centre in Penrith at a FREE family event from 6.30 pm on Wednesday 15 August.

Bring the kids’ scooters and BMX bikes to experience a purpose-built racetrack at Sydney Olympic Park on Saturday 18 August. The The Innovation Games will be buzzing from 11 am with X Games extreme sport stars shredding their stuff on the half-pipe. Get the low down on drones, kick the physics out of a footy and sprint against your favourite player’s time. Visit the STEM Zone to find out how science and technology studies lead to exciting jobs.

Meet real-life scientists in Centennial Park when Dinosaur vs Superpower presents a day of fun for the whole family on Saturday 18 August from 11 am. Discover nature’s super powers in an action-packed day of hands of discovery.

Go to the Blue Mountains Botanic Garden Mount Tomah for Gondwana Garden Family Day where you can to engage with science through exciting and stimulating experiences on Sunday 19 August from 9.30 am.

Take the kids to the Zoo for free throughout the Festival period! Experience conservation science in action through informative shows, interacive activities, talks and tours as you learn about the important role Taronga Zoo plays in protecting our natural environment.

Experience a huge FREE night of interactive science on Thursday 9 August from 6 pm at MAASLive Lates: Science at the Powerhouse Museum where you can also tour exhibitions including Human Non-Human.

Find out why things are not always how they seem in the Night of Illusions on Saturday 11 August from 7 pm at 107 Projects Redfern.