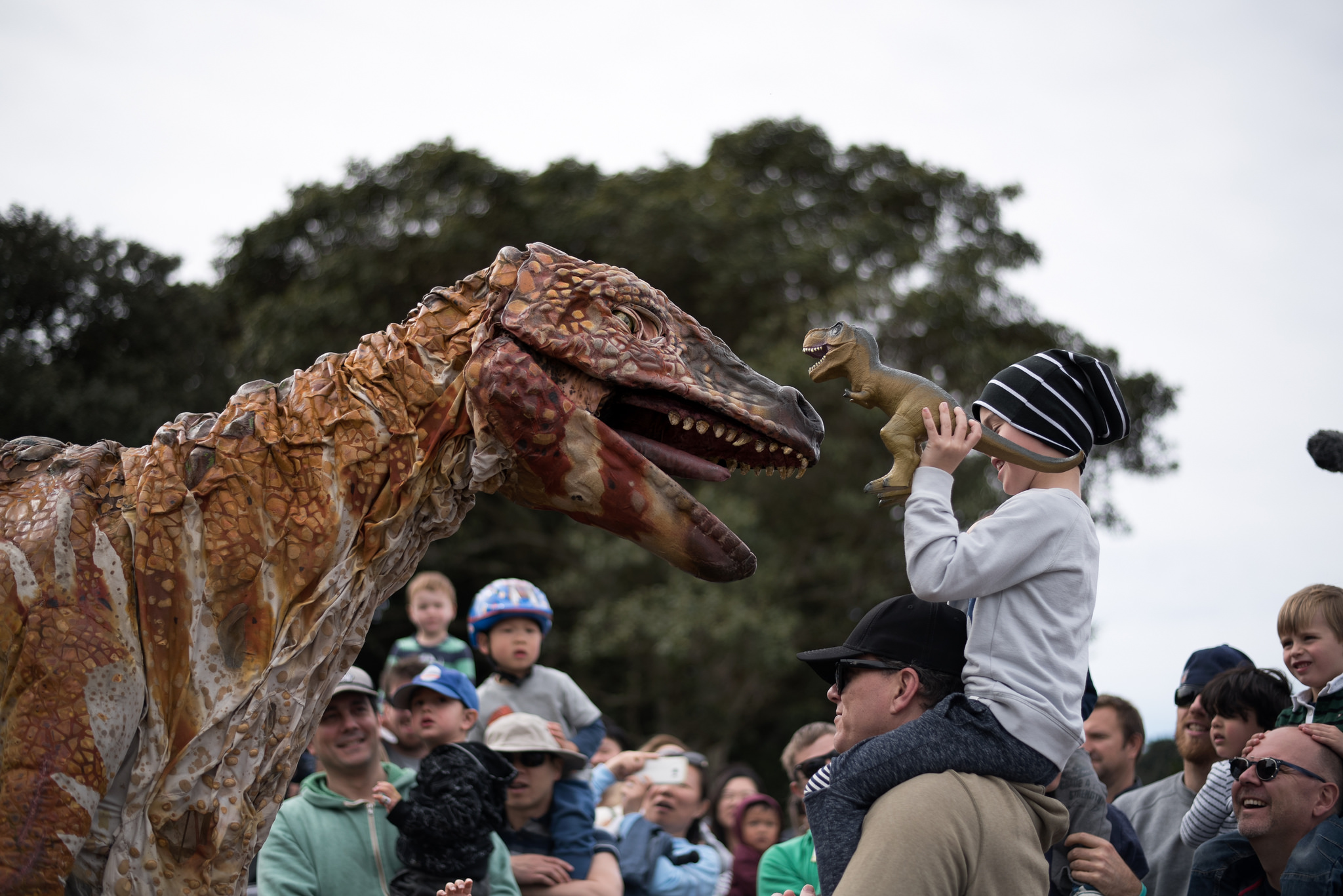 Take a trip through time to the ancient land of Gondwana for a fantastic family day of hands-on science fun at the Blue Mountains Botanic Garden.

Gondwana Garden Family Day on the 18 August is packed full of wildlife displays, dinosaurs and scientists from the Royal Botanic Garden Sydney who study the prehistoric plants of the past.

Batman, Spiderman, Wonder Woman, or Cat woman – we all know about their fantastic strength and abilities. But did you know you can find fantastic superpowers in The Australian Botanic Garden Mount Annan?

Join  scientists at their stalls at this FREE all ages event and they will show you what amazing superpowers you find in nature. Super sight, super hearing, super strength and camouflage are only some of the capabilities you will discover.

The incredible roving Dinosaur will be coming back as well and show you a bit of pre-historic fauna.

Science in the Wild is an outdoor family day that gives children and their parents the opportunity to learn about science in a relaxed fun atmosphere. Don’t miss it! Saturday 11 Aug from 11am – 3pm at the  Lakeside Lawn, The Australian Botanic Garden Mount Annan.

Be a plant scientist for a day

Discover the world of plant sciences at the Living Laboratory event on the 11 August at the Royal Botanic Garden Sydney. The Gardens house some of the world’s most cutting-edge plant research, and will be opening its doors for exclusive, behind-the-scenes tours and a chance to meet our world-leading scientists in person.

A variety of events, tours and stalls will be at Living Laboratory, to be enjoyed by people of all ages. These include the Nano Lens art/science project developed by researchers at Sydney University to encourage citizen scientists to learn about microscopes and slipperiness and the interactive Science Safari program developed by advanced science students from Biological Sciences at Macquarie University to engage the community in how DNA can be used to study plant evolution and plant diseases.

Science in the swamp

This year, come to the Park to see Erth’s life-sized roaming dinosaurs, wildlife displays, science stalls, real-life moving robots and superhero-acrobats. Or see it all again in the west of Sydney in Science in the Wild at the Australian Botanic Garden Mount Annan on the 11 August.

Be inspired by the night sky

Uncover the mysteries of the Gardens and Parklands by night at our variety of astronomy events. Escape the city lights and join astronomers and stargazers at Astronomy in the Park, Stars over the Garden or Astronomy at the Calyx to discover the secrets of the universe.

There is even the chance to light up Centennial Park with the Valley of Light experience, where hundreds of people descend on the Parklands to create a giant artistic light display.

Check out a full list of  what’s happening at the Botanic Gardens and Centennial Parklands.

We hope to see you at one of these inspiring science week events at the Botanic Gardens and Centennial Parklands.

All of these programs are Inspiring Australia initiatives supported by both the Australian and NSW Governments as part of Sydney Science Festival in National Science Week.