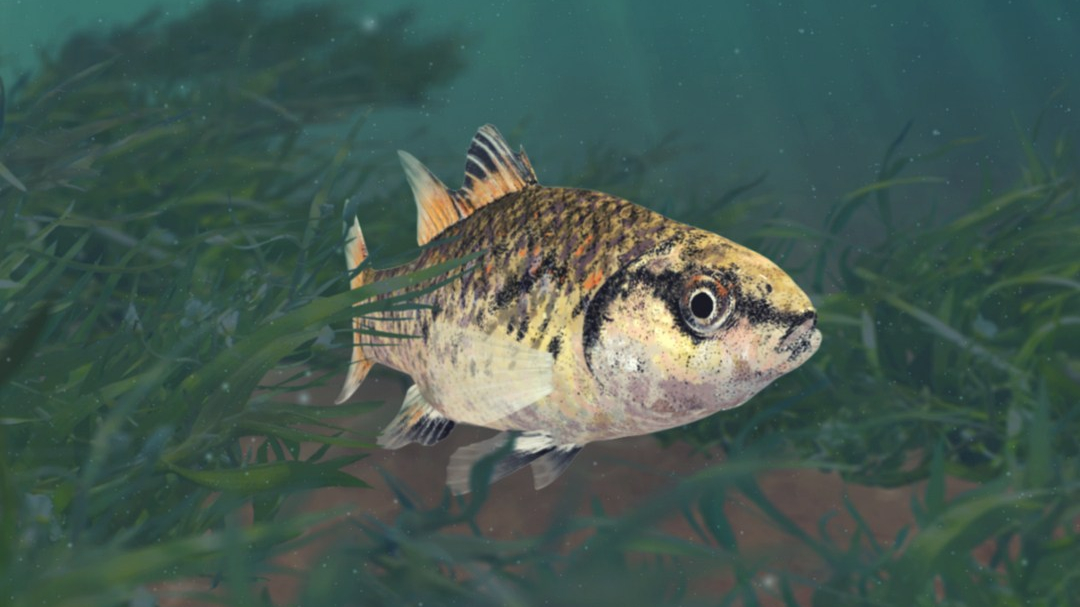 The Murray Science Hub is working to increase awareness about the plight of a threatened species, the Southern Pygmy Perch (Nannoperca Australis). Using innovative 3D film presentations, Limelight: Art. Science. Light. is a free public event that will tell the story of the region’s critically endangered native fish at Gateway Island in Albury Wodonga on 20 September 2018.

Once common, the Southern Pygmy Perch is in real trouble, with just three populations remaining in New South Wales. Loss of habitats such as water plants and wetlands, along with introduced fish such as Carp and Redfin Perch, have devastated populations.

Researchers in Albury are now working to save existing populations and create new ones to ensure the survival of the species.

Pygmy Perch 360 is a short, 5-minute film, played on a loop. It will be presented outdoors, at night, in the round, using rear projection. The 360 film will be the highlight of Limelight: Art. Science. Light, an evening of creative scientific discovery supported by Inspiring Australia.

Limelight will be an event like no other, with a strong environmental focus. Film and sculptural installations will be used to highlight local environmental issues as well as the science and sustainability champions who work tirelessly to combat these threats.

Spectators will be able to step inside the immersive projection environment of the Pygmy Perch 360° film. They will enter an underwater world, journey along with the fish and have their senses stimulated from every direction. Also on display will be a Flaming Phoenix sculptural installation and the Wild Wetlands projections project.

Local scientists, experts and champions will be on hand in the Sustainable Activity Centre for those who want to learn more and find out what they can do to get involved in the protection of local threatened species.

Luke Pearce will even have some live Pygmy Perch on display so that our spectators get a glimpse of the real thing.

Alyce Fisher, Executive Director of Murray Arts said that the project will bring together interactive artworks and engaging messages with a crew of eager volunteers who will make Limelight a lively and fun evening on the Island.

“As Murray Arts is the lead partner in Inspiring Australia’s Regional Science Hub in our region, we have timed the Limelight event to coincide with Endangered Species Month,” she said.

“We’ll be showcasing our innovative project, the Pygmy Perch 360°, inviting viewers to be immersed in the action while allowing our little local fish its time to shine.”

Limelight is a free outdoor art experience where digital artists and local creatives transform the darkness to enlighten your world. Imaginations will be ignited as audiences move through an immersive world of light and sound.